Introduction: The role of PN is not well defined for cT2 renal cell carcinoma (RCC) as compared to radical nephrectomy (RN). The aim of this study was to examine oncological outcomes of PN as compared to RN for non-metastatic cT2 RCC.

Methods: The Canadian Kidney Cancer information system was used to define patients who underwent surgery for non-metastatic cT2 RCC from January 2011 to October 2021. Patients with clear-cell, papillary, and chromophobe RCC were included. Other histology, multiple tumours, and hereditary RCC syndrome patients were excluded. Each PN patient was individually matched to RN up to 1:4 depending on availability of patients based on tumor size (+/- 1cm), histology, grade (clear cell and papillary), and necrosis (clear cell). Matched patients were analyzed as clusters.

Conclusions: In this multi-institutional Canadian cohort of patients with non-metastatic cT2 RCC undergoing surgery, PN was associated with higher likelihood of PSM and local recurrence as compared to RN and lower risk of distant metastasis, cancer related death or death from any cause. Despite individual patient matching, there is likely unadjusted selection bias resulting in superior cancer survival associated with PN. 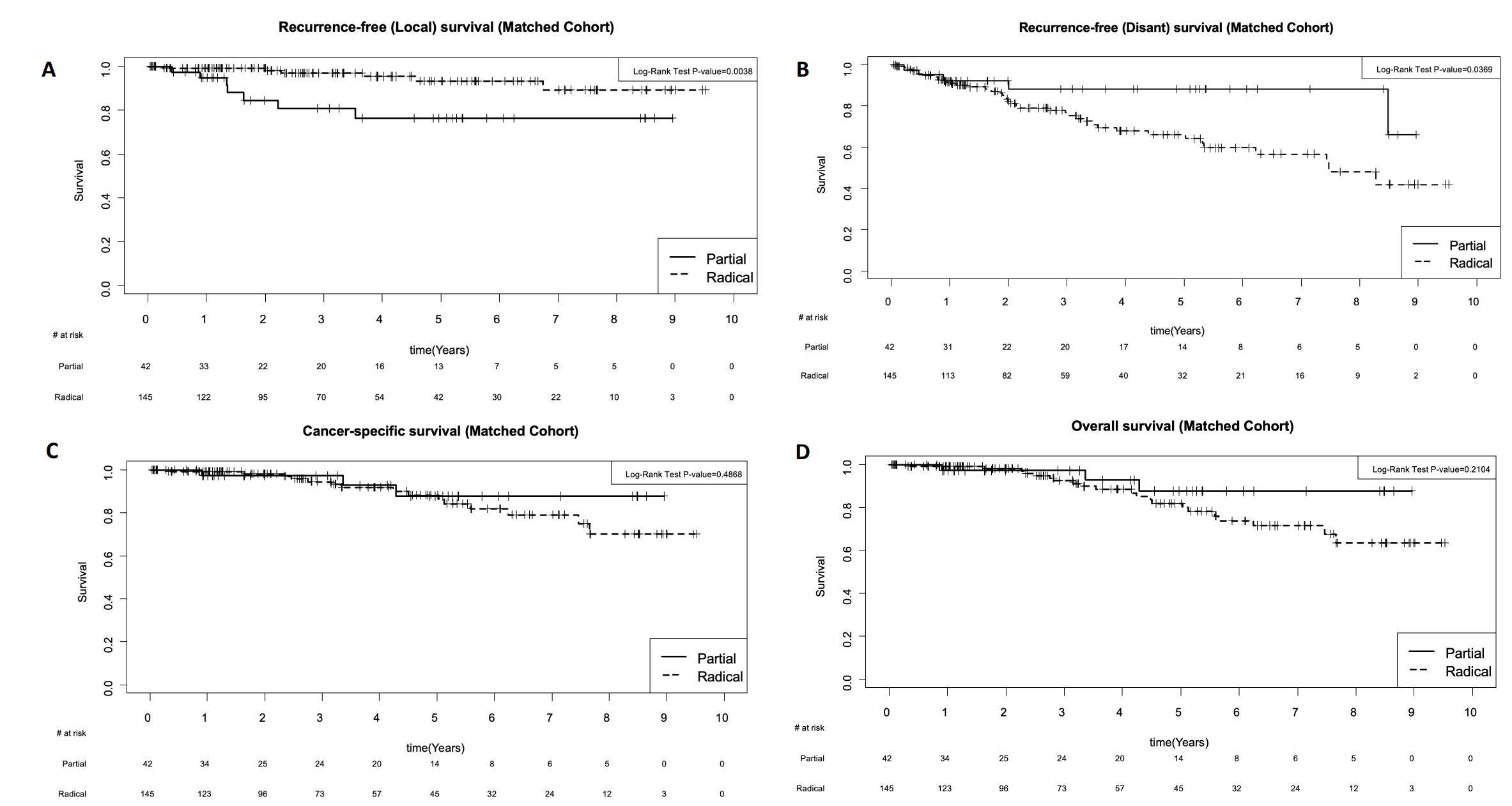