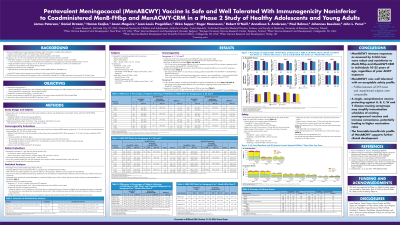 Background: Meningococcal serogroups A, B, C, W and Y cause nearly all meningococcal disease globally. Vaccination is complicated by different dosing recommendations for serogroup B (MenB) and quadrivalent (MenACWY) vaccines, which could be solved with a single pentavalent vaccine. This study in adolescents and young adults evaluated a new pentavalent MenABCWY vaccine that combines 2 licensed vaccines, MenB-FHbp (Trumenba®; bivalent rLP2086) and MenACWY-TT (Nimenrix®), into a single vaccine.

Results: Following dose 2, high percentages of MenABCWY (n=543) and MenB-FHbp (n=1057) recipients achieved ≥ 4-fold rises against each of the 4 MenB strains (75.8−94.7% vs 67.4−95.0%) and titers reaching at least the lower limit of quantification against all 4 strains combined (79.9% vs 74.3%; Figure 1A). MenABCWY was noninferior to MenB-FHbp for all 5 endpoints. MenABCWY was also noninferior to a single MenACWY-CRM dose with 75.5−96.9% and 93.0−97.4% of MenABCWY recipients after dose 1 or 2, respectively, achieving ≥ 4-fold rises against serogroup A, C, W and Y depending on prior MenACWY experience (Figure 1B). Local reactions and systemic events after MenABCWY or MenB-FHbp were similarly frequent, mostly mild/moderate in severity (Figure 2), and unaffected by MenACWY experience.Figure 1. Immune Responses as Measured in hSBA to (A) MenB Test Strains at 1 Month After Dose 2 and (B) MenA, MenC, MenW, and MenY Test Strains at 1 Month After Doses 1 and 2 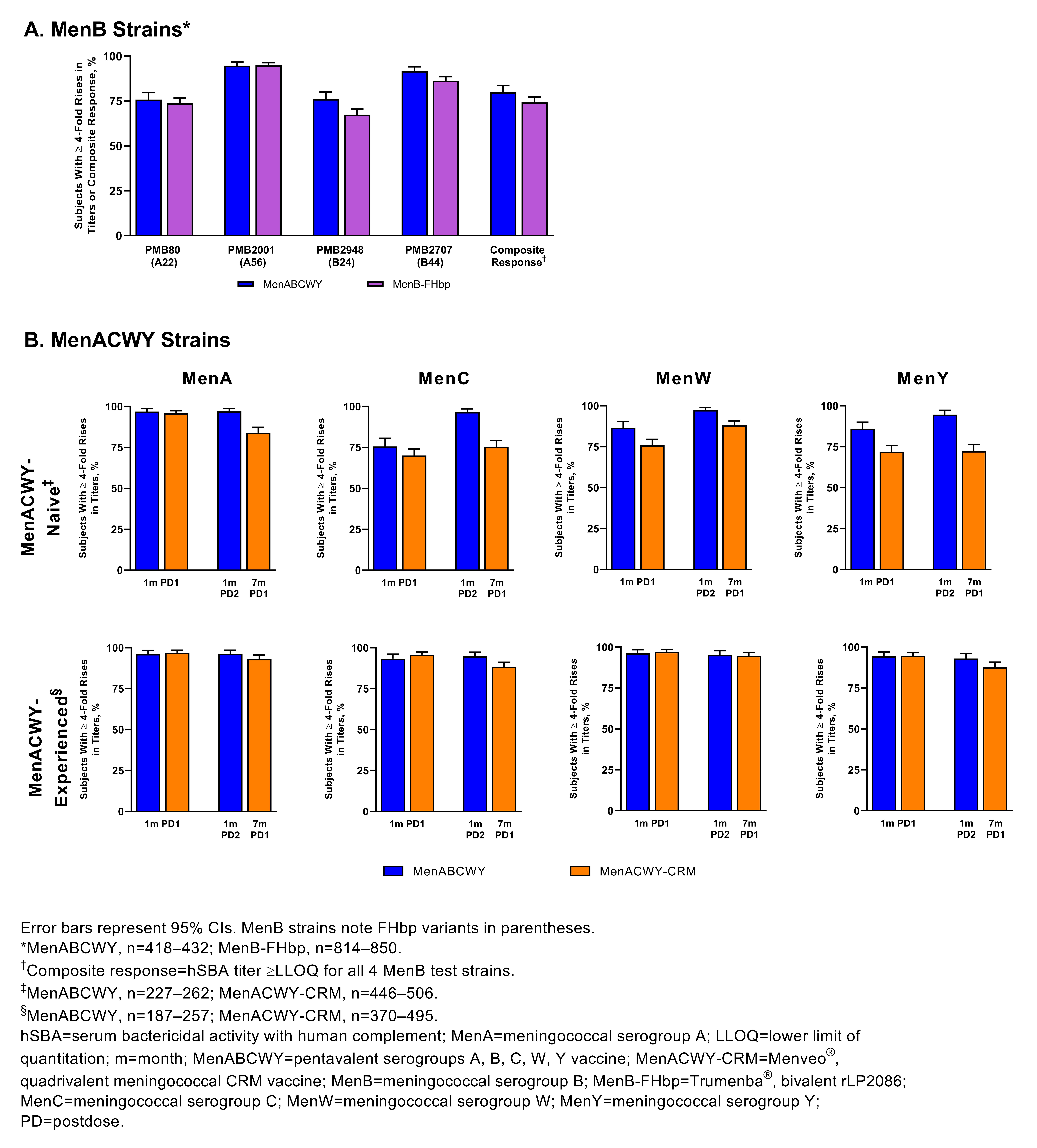 Figure 2. (A) Local Reactions and (B) Systemic Events Reported Within 7 Days After Any Dose 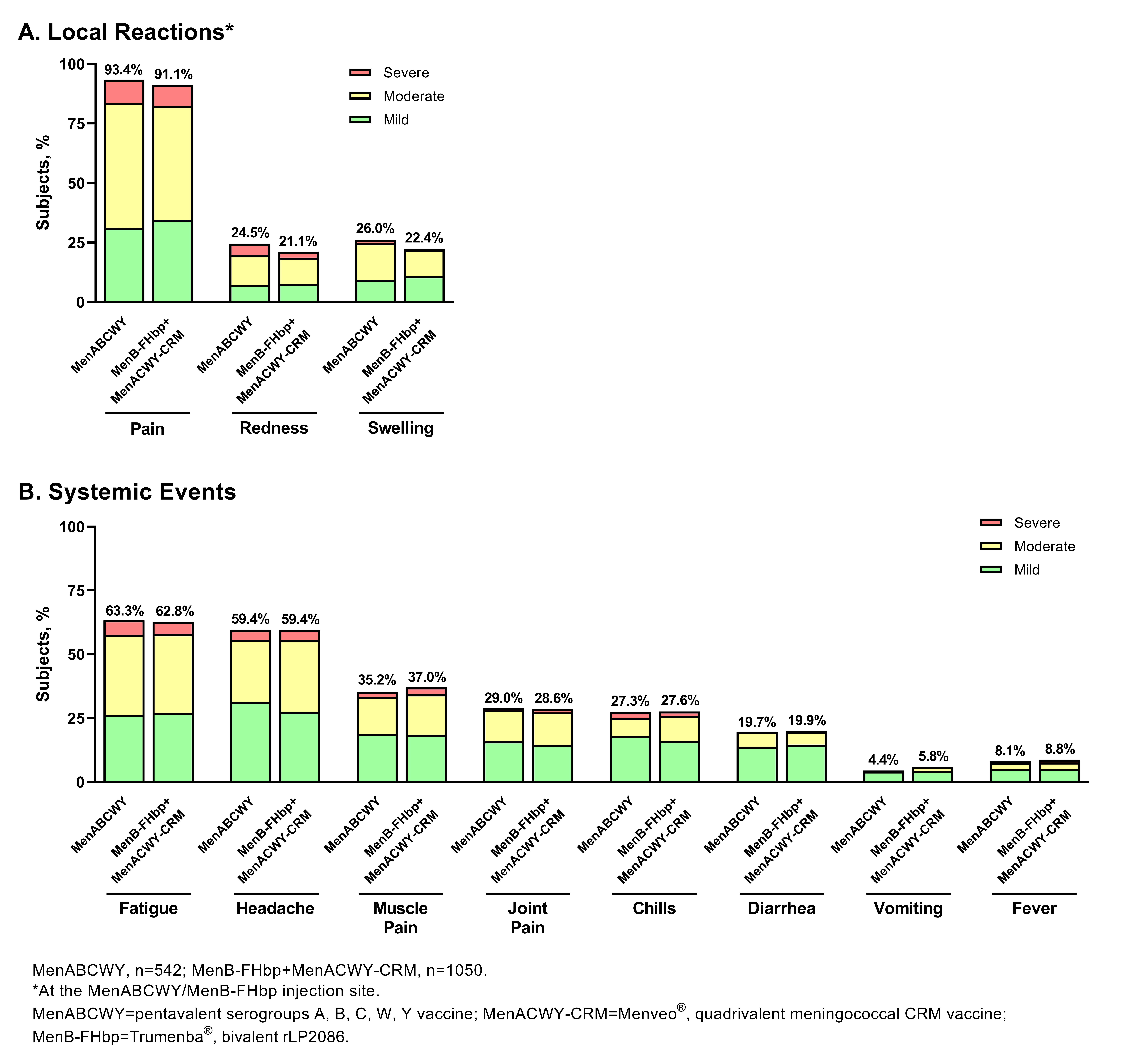