Back
Session : HIV Treatment and Complications

Background: Tenofovir is a common backbone of many antiretroviral (ARV) regimens for the treatment of HIV. Although limited, data has shown that tenofovir alafenamide (TAF) may contribute to weight gain. Our study evaluated the impact on weight gain and metabolic effects of people living with HIV (PLWH) who were switched to ARV regimens containing TAF in the real-world setting.

Methods: Single center retrospective cohort study. Included were PLWH who were on an ARV regimen not containing TAF, who were switched to a TAF containing regimen between January 1, 2016 and September 30, 2018. The control group contained patients on a TAF free ARV regimen throughout the study period. The primary outcome was change in weight from baseline at 12 months post switch. Secondary outcomes were change in BMI, development of new diabetes, hypertension, and/or hypercholesteremia. 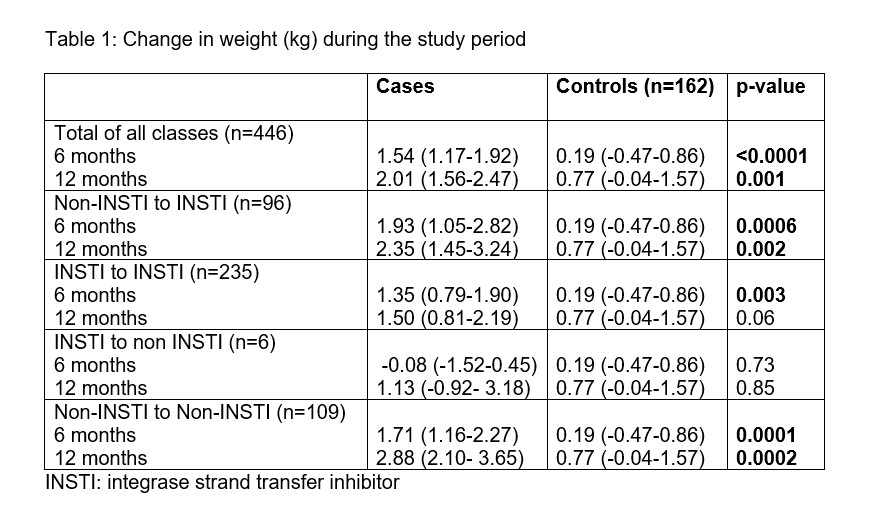 Conclusion: Patients switched to an ARV regimen containing TAF gained significantly more weight, and had higher rates of increase in BMI category than those who stayed on a non TAF containing regimen throughout the study period.