Back
Session : Hot Topics in Bacteria and Viral Infections

132 - Emergence and Spread of Multidrug-resistant salmonella Serotype Infantis Infections in the United States, 2003–2018

Background: Infantis re-emerged as a leading Salmonella serotype when a multidrug-resistant (MDR) strain with a rare extended spectrum β-lactamase (ESBL) blaCTX-M-65 gene emerged among returned travelers from Peru in 2012 and then spread domestically. This strain has been isolated from chickens at slaughter and retail, and humans in outbreaks traced to chicken. We reviewed national surveillance data to determine incidence trends and antibiotic resistance among Infantis infections.

Methods: We reviewed data from 2003–2018 from the Foodborne Diseases Active Surveillance Network to determine the incidence and epidemiology of infections in 10 sites under surveillance; PulseNet to determine pulsed-field gel electrophoresis (PFGE) patterns; and National Antimicrobial Resistance Monitoring System (NARMS) to determine antimicrobial susceptibility testing (AST) results and resistance genes of isolates identified by whole genome sequencing (WGS). We defined MDR Infantis as having ceftriaxone resistance by AST and either the blaCTX-M-65 gene or one of 18 PFGE patterns linked to that gene by WGS.

Conclusion: During the past decade, the incidence of Infantis infections markedly increased. This was likely driven by the emergence of an ESBL-producing strain that was initially associated with travel, and is now mostly domestically acquired and associated with consuming chicken. MDR Infantis now accounts for 1 in 5 Infantis infections. Public health strategies to reduce Salmonella contamination of chicken could help prevent these infections.Figure: Number of Salmonella Infantis isolates and percentage MDR Infantis, by year—United States, 2003–2018 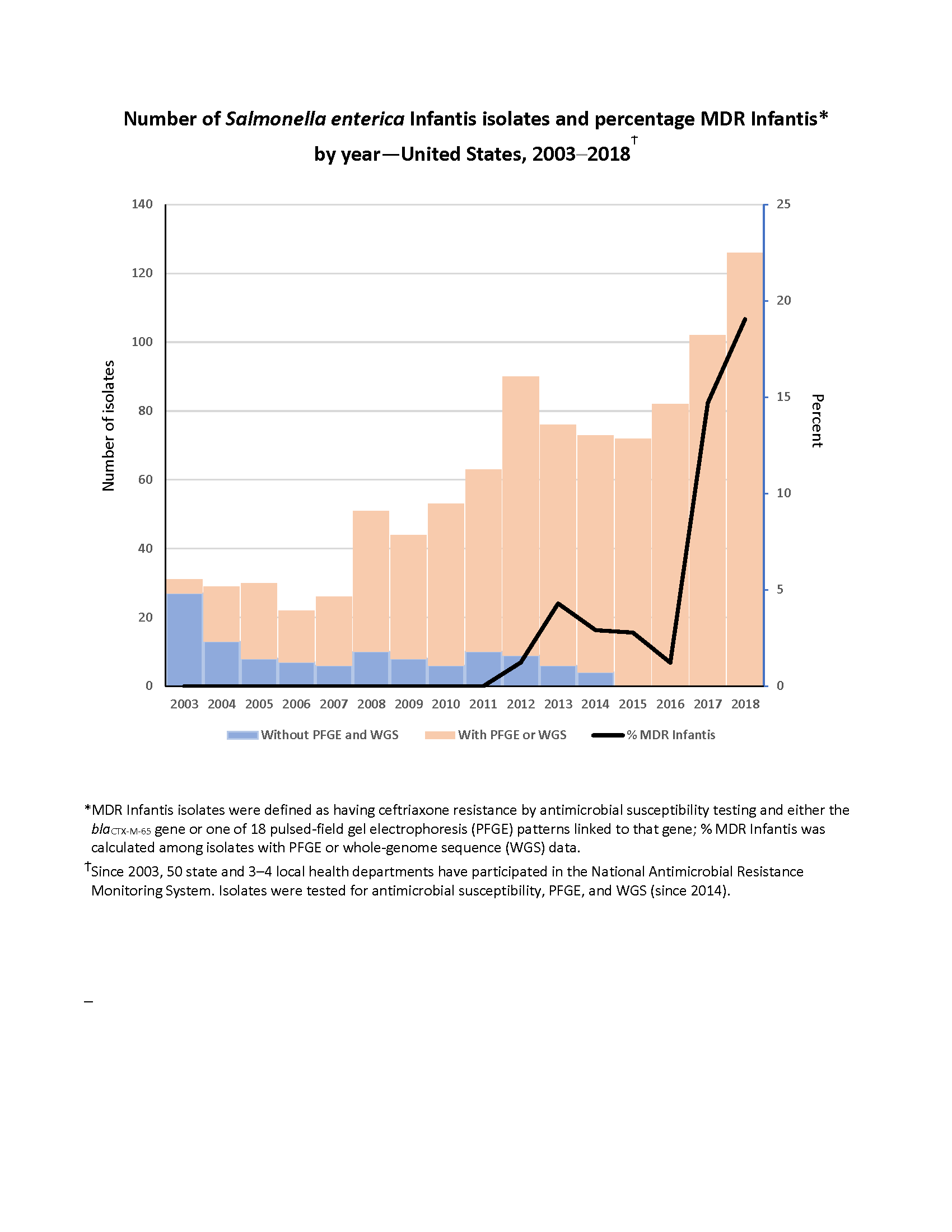