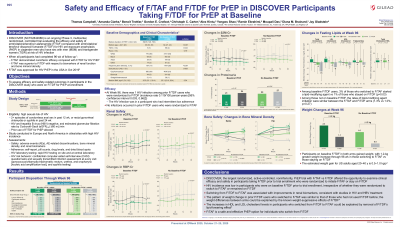 Methods: Men who have sex with men and transgender women at risk of HIV were randomized to receive blinded daily F/TAF or F/TDF and followed for at least 96 weeks; participants taking BL F/TDF for PrEP could enroll without a washout period. Laboratory assessments included estimated glomerular filtration rate (eGFR), markers of renal proximal tubular function (RBP and β2M to creatinine ratios), and fasting cholesterol levels; these were analyzed by 2-sided Wilcoxon rank sum test. Bone mineral density (BMD) was assessed in a subset of participants and analyzed by ANOVA.

Results: 905 of 5387 (16.8%) participants were on BL F/TDF for PrEP for a median duration of 399 days; baseline characteristics are found in Table 1. There was one HIV infection among BL PrEP users, in a participant randomized to F/TDF who had intermittent low adherence. Participants on BL PrEP randomized to F/TAF had improvements in eGFR and markers of proximal tubular function compared to F/TDF. Median change in BMD was not statistically different for BL PrEP users assigned to F/TAF vs F/TDF, however de novo F/TAF participants had improved BMD profiles compared to F/TDF. BL PrEP users in the F/TAF arm had increases in LDL cholesterol (median +6mg/dL) compared to F/TDF, while changes in HDL and total:HDL ratio were similar.  Lipid-modifying agent (LMA) initiation in BL PrEP users was more frequent in the F/TAF arm, while LMA initiation in de novo PrEP participants was similar between arms (Table 2).Table 1. Characteristics of DISCOVER participants 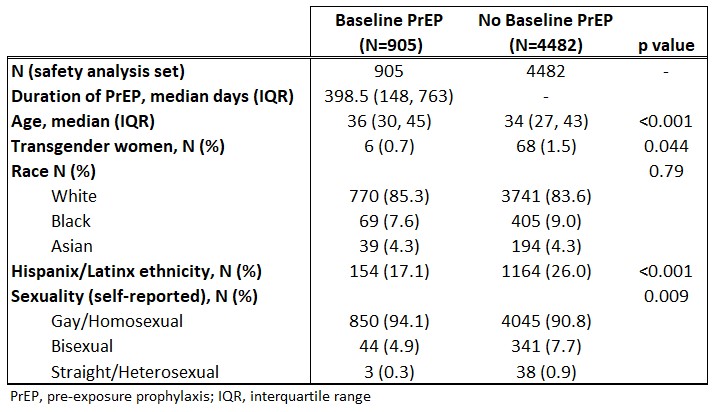 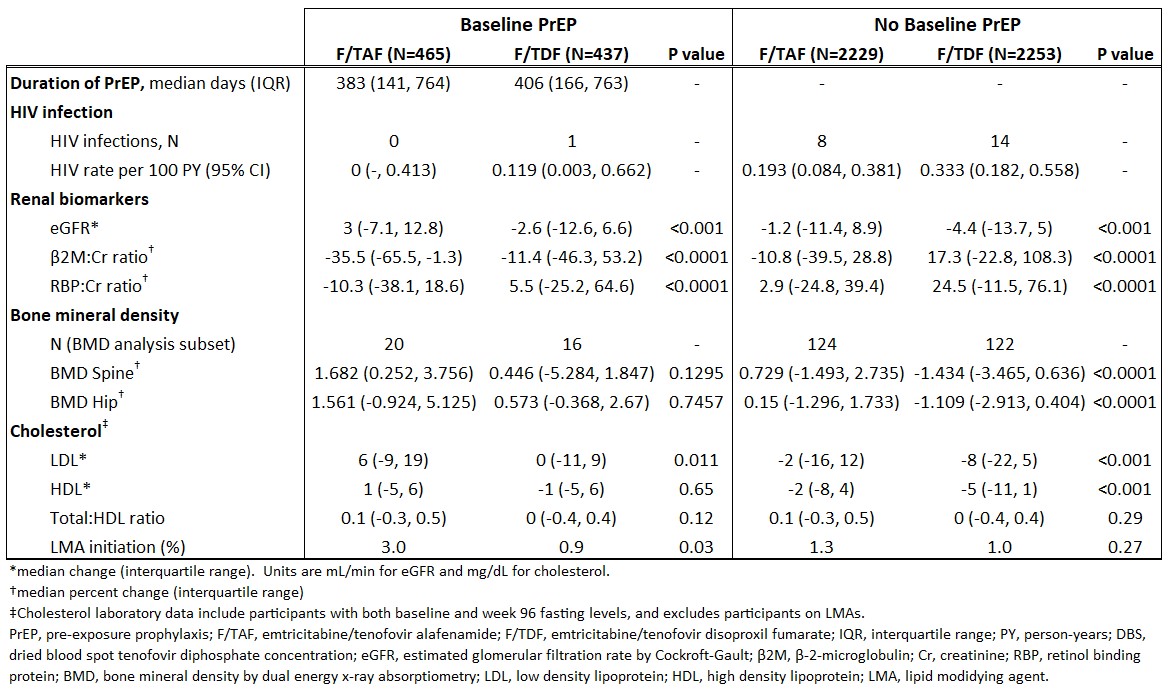 Conclusion: HIV incidence was low in participants taking BL PrEP. Participants who switched from F/TDF to F/TAF had improvements in renal biomarkers.  There was no statistical difference in BMD among BL PrEP users, although numbers were small. The observed lipid changes in BL PrEP users are consistent with the LDL and HDL suppressive effect of TDF, and the small but higher rate of LMA initiation with F/TAF is likely related to withdrawal of this effect.