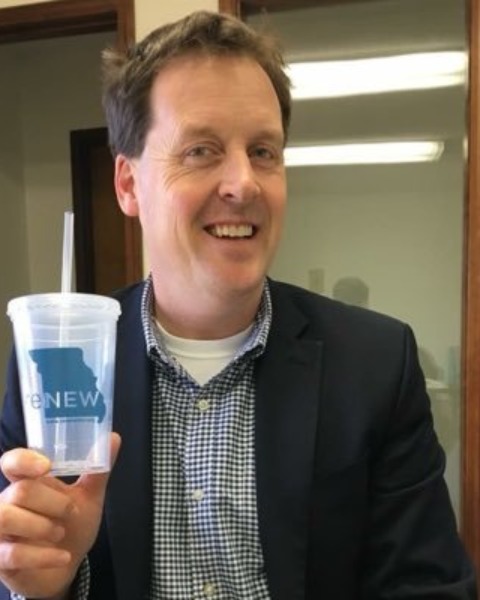 James Owen has served as Executive Director of Renew Missouri since May of 2017. In addition to handling the day-to-day management of the group, James also oversees fundraising, communication, government relations, and corporate governance. He has also served as an expert witness for the organization in dozens of cases as well as working with other advocacy groups in Kansas and Kentucky to offer insight and testimony on clean energy throughout the region.

Prior to being Executive Director, James served as Missouri’s Public Counsel where he represented ratepayers before utility regulators. He was previously an Associate Circuit Judge and practiced law in Southwest Missouri for a number of years.

James lives in Columbia with his wife, Claire, and their daughter, Cecile. For fun, he pens a film column for the Columbia Daily-Tribune and is currently writing a non-fiction book about an unsolved murder in Southwest Missouri. (He needs an agent.)