HF01-11: "Vagina" is not a bad word: historical and contemporary censorship of the word "vagina"

Introduction: The first recorded use of the word “vagina” was in 1680.  It is the only contemporary anatomic term for the female reproductive canal and has no anatomically accurate substitute.  For the last 350 years, use of the word has been intentionally avoided in media, print, and society. We sought to characterize instances of this censorship to better understand perceptions and behaviors surrounding the word “vagina.”

Methods: An internet and relevant database search was conducted for “vagina, “censor,” and related wildcard terms.  Search results were filtered by three independent reviewers for relevance.  Related articles were reviewed for common themes.

Results: Examples of censorship of the word “vagina” were compiled in the accompanying table, and several themes identified:

(2) Policies appear highly variable.  In advertisements for similar products on the same social media platforms, some companies successfully use the word “vagina” while others are barred, highlighting puzzling inconsistencies.

(3) Another related theme that emerges is differing standards between references to male and female genitalia.  For example, “penis” and related references were often allowed by the same television shows that mandated censorship or omission of “vagina.”

(4) Objections often call use of “vagina” overtly sexual, profane, or unprofessional.  However, “vagina” refers to an anatomical term for which there is no suitable, accurate alternative.  Censorship of the word forces inaccurate, over-generalized, ambiguous references to female genitalia.

Conclusions: The word “vagina” is censored across multiple platforms: print, film and television, social media, politics, education, and more.  It has been censored for centuries and continues to be today.   This erects barriers to care for women.  Our patients increasingly turn to the internet and other media platforms as accessible sources of high-quality health.  Pervasive censorship of the word “vagina” perpetuates a culture of ignorance and shame about women’s bodies.  Until we normalize the term “vagina,” we cannot make progress on women’s pelvic health. 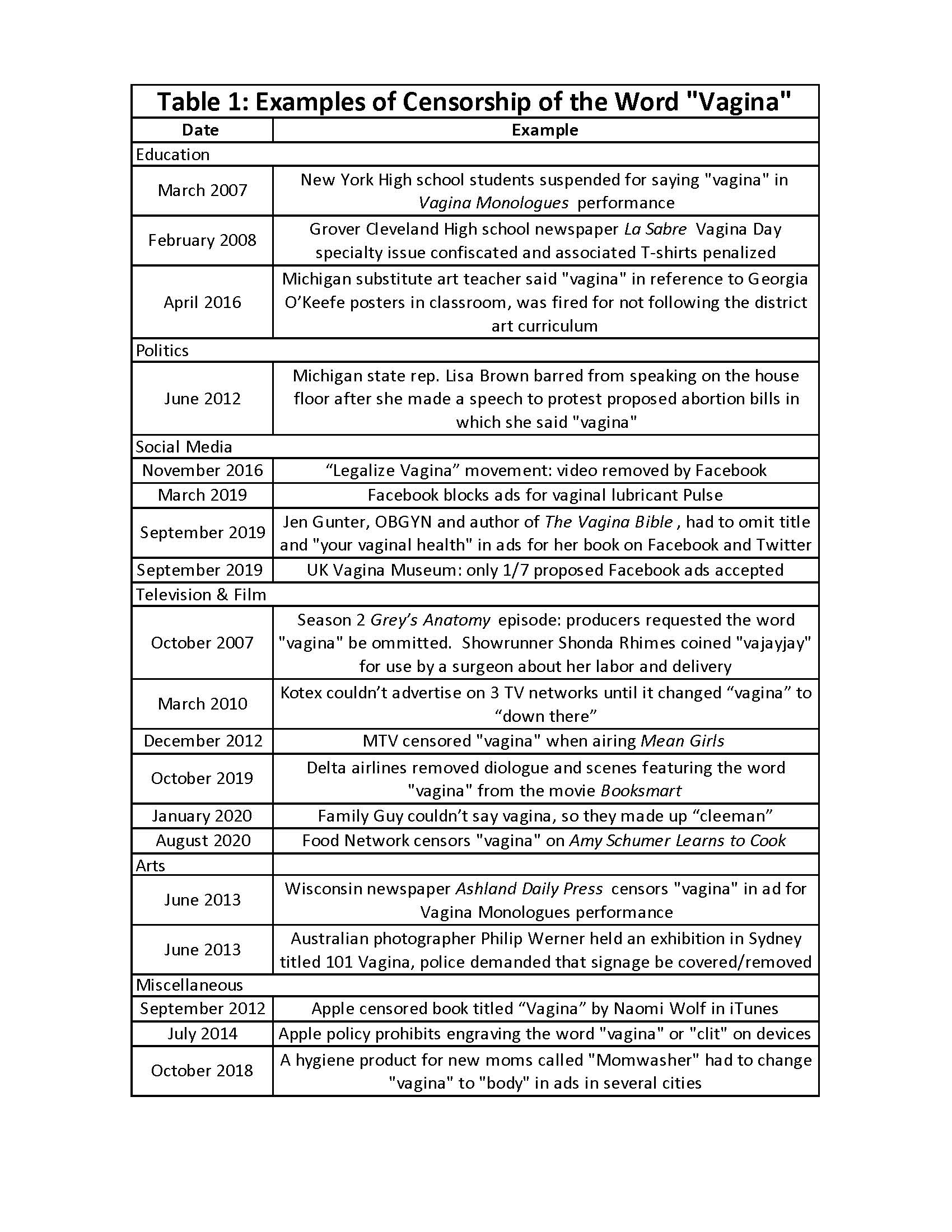