Introduction: Previous studies have shown a positive relationship between cardiometabolic syndrome and increased risk of urinary stone disease (USD).  However, the underlying mechanisms that leads to these co-morbidities are unknown. In the current study, we aimed to determine microbiome and diet dependent effects on an atherosclerosis and calcium oxalate stone formation in a mouse model.

Methods: Sixty-six female ApoE null mice were randomly assigned to either a basal diet or 3% oxalate diet. Half of the animals received antibiotic water and the other half sterile water. Mice consumed diets ad libitum for 12-weeks. At the end of the trial, fecal pellets were collected for 16S rRNA quantification. Mice were necropsied, and kidneys, aortas and liver were collected. Kidneys and aortas underwent polarized light quantification of oxalate content. Kidneys were also assessed for oxalate nephropathy after Von Kossa and Alizarin red staining and aortas were assessed for atherosclerosis plaque quantification. Livers were used for bile acid content assessment. Results were compared on a one-way and two-way ANOVA analyses.

Results: Bile acid production was significantly impacted by both oxalate and antibiotics. Renal histopathological analysis revealed that oxalate led to an increase in dilated tubules, oxalate nephropathy and tubular injury metrics, which was exacerbated with antibiotic use. Total atherosclerotic plaque lesions in the aortas and the presence of calcium oxalate in the plaque was significantly higher in the group that received dietary oxalate, which again was exacerbated by antibiotic use.

Conclusions: Our results support the hypothesis that exogenous sources of oxalate may lead to both kidney stones and atherosclerosis through the formation of calcium oxalate plaques, which is exacerbated by a loss of function dysbiosis driven by long-term antibiotic use.  Importantly, given the clear and significant formation of kidney stones, the APOE mice may serve as a more appropriate mouse model for kidney stones that what has previously been used. 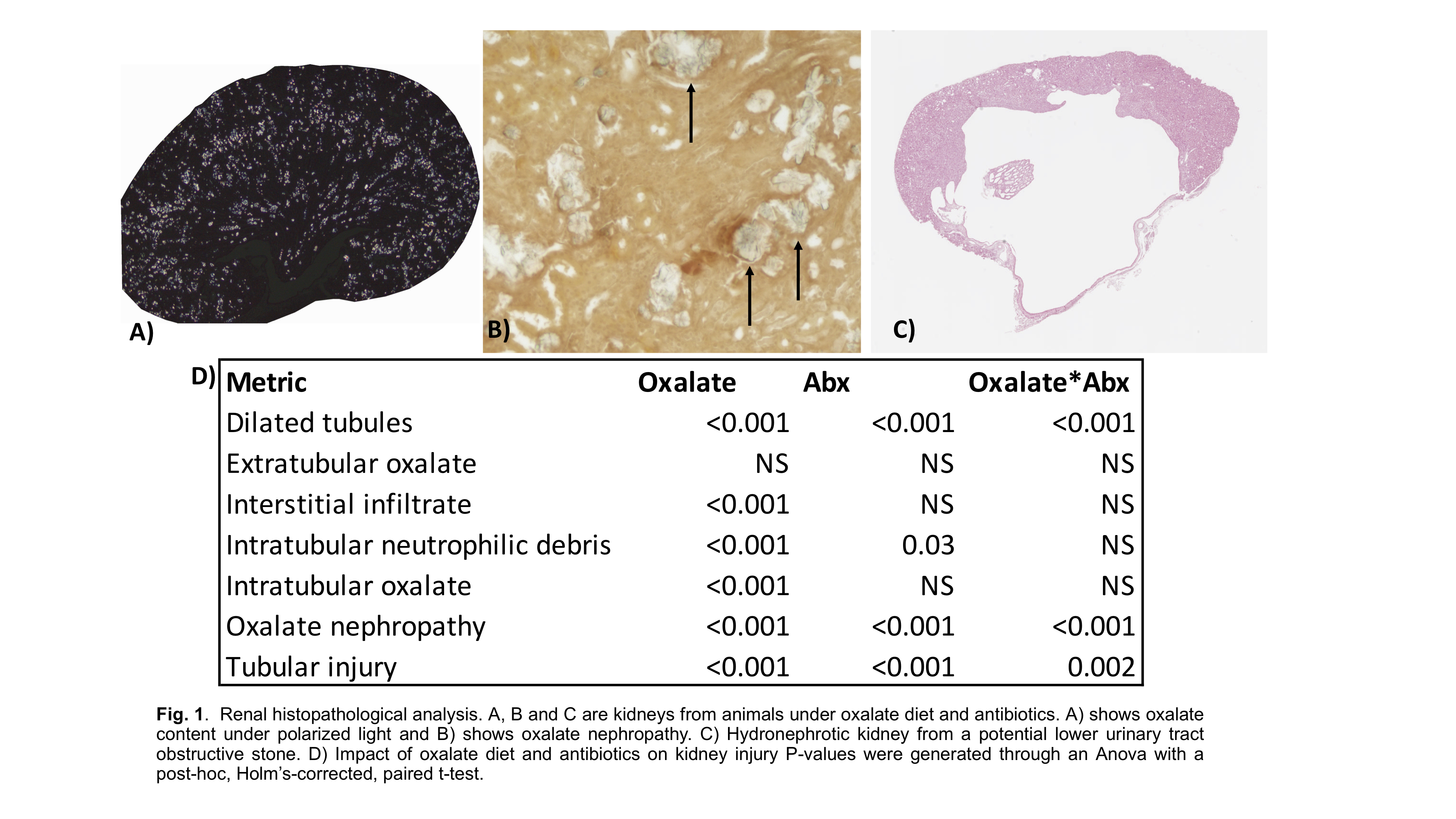 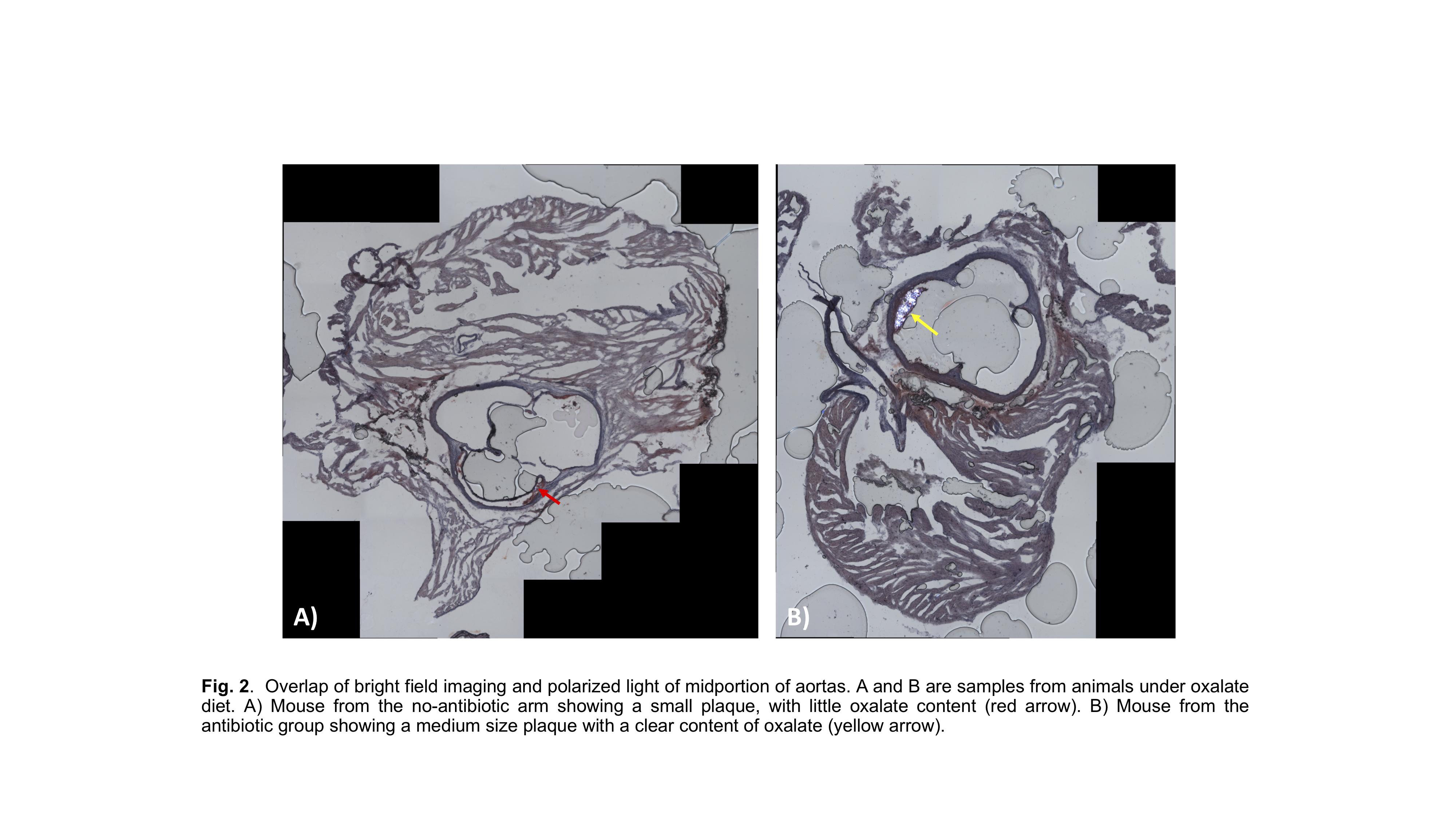