Introduction: Urinary extracellular vesicles (uEVs) are considered potential biomarkers for bladder cancer (BC). However, challenges associated with the effective isolation and analyses of uEVs complicate the clinical detection of uEV-associated protein biomarkers. Herein, we sought to identify novel uEV-derived diagnostic biomarkers for BC.

Results: We found that ExoDisc, a centrifugal microfluidic tangential flow filtration device, was a significantly more effective separation method than other methods (Fig 1). In the analysis of pre-and post-operative uEVs from BC patients by the ExoDisc, three proteins, namely cadherin-13, clusterin, and alpha-2-macroglobulin (A2M), were identified as potential uEV biomarkers, while A2M exhibited the most significant difference. In the validation study, the A2M expression in uEVs from BC patients was significantly higher than the control group (Fig 2A) with good diagnostic performance (Fig 2B). The uEV A2M expression in the high-grade BC was significantly higher than that in low-grade BC (Fig 2C), whereas no significant difference were detected in the whole urine samples (Fig 2D). The uEV A2M expression with a cut-off of 0.035 (highest Youden index) robustly discriminated BC patients from controls, with a sensitivity of 93.3%, a specificity of 34.8%.

Conclusions: We demonstrated the potential of A2M as a novel uEV biomarker for BC diagnosis through an optimized EV isolation and analysis workflow.

Source of Funding: This research was supported by the Basic Science Research Program through the National Research Foundation of Korea (NRF) funded by the Ministry of Education (NRF-2019R1I1A3A01060913) to Dr. Jinsung Park. 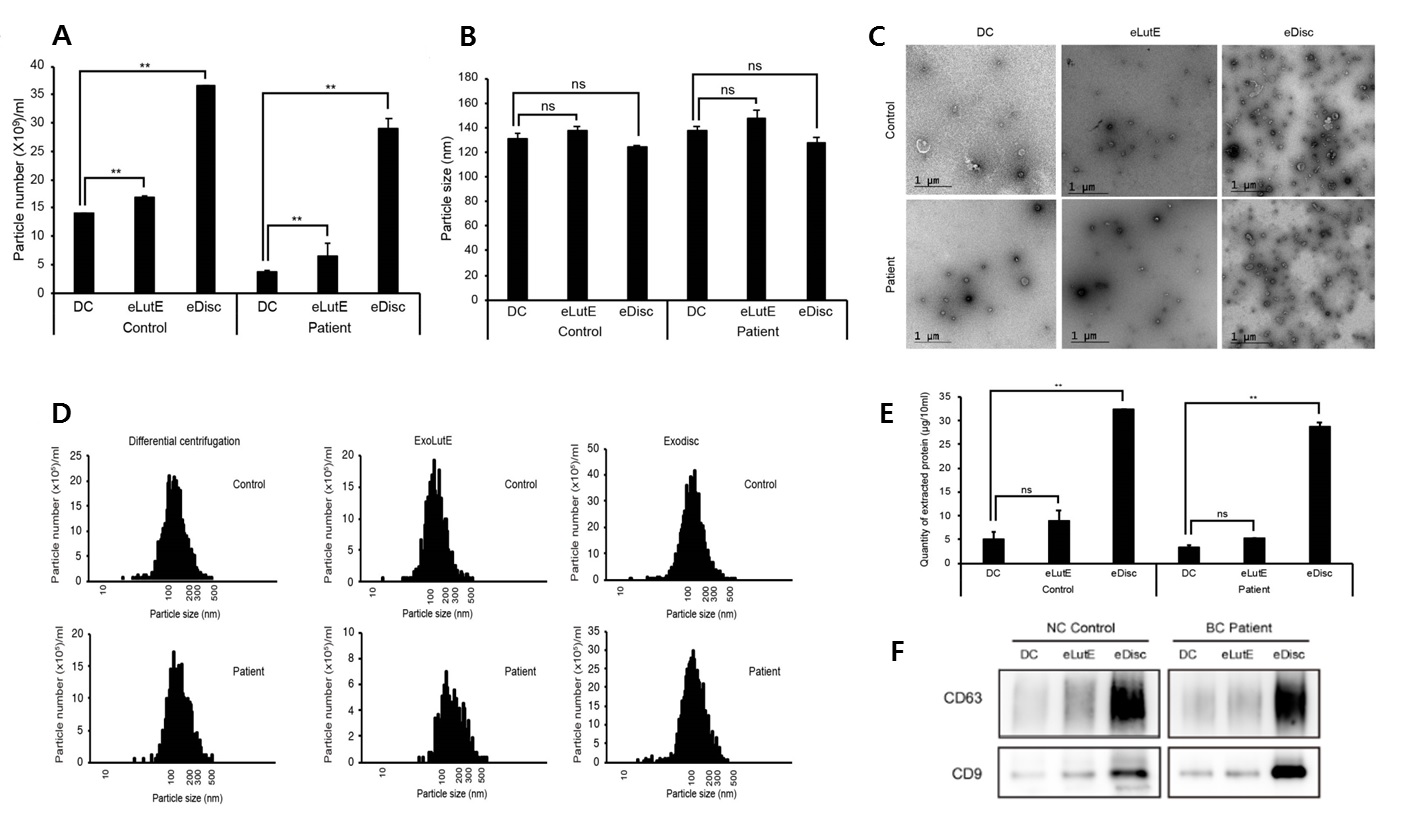 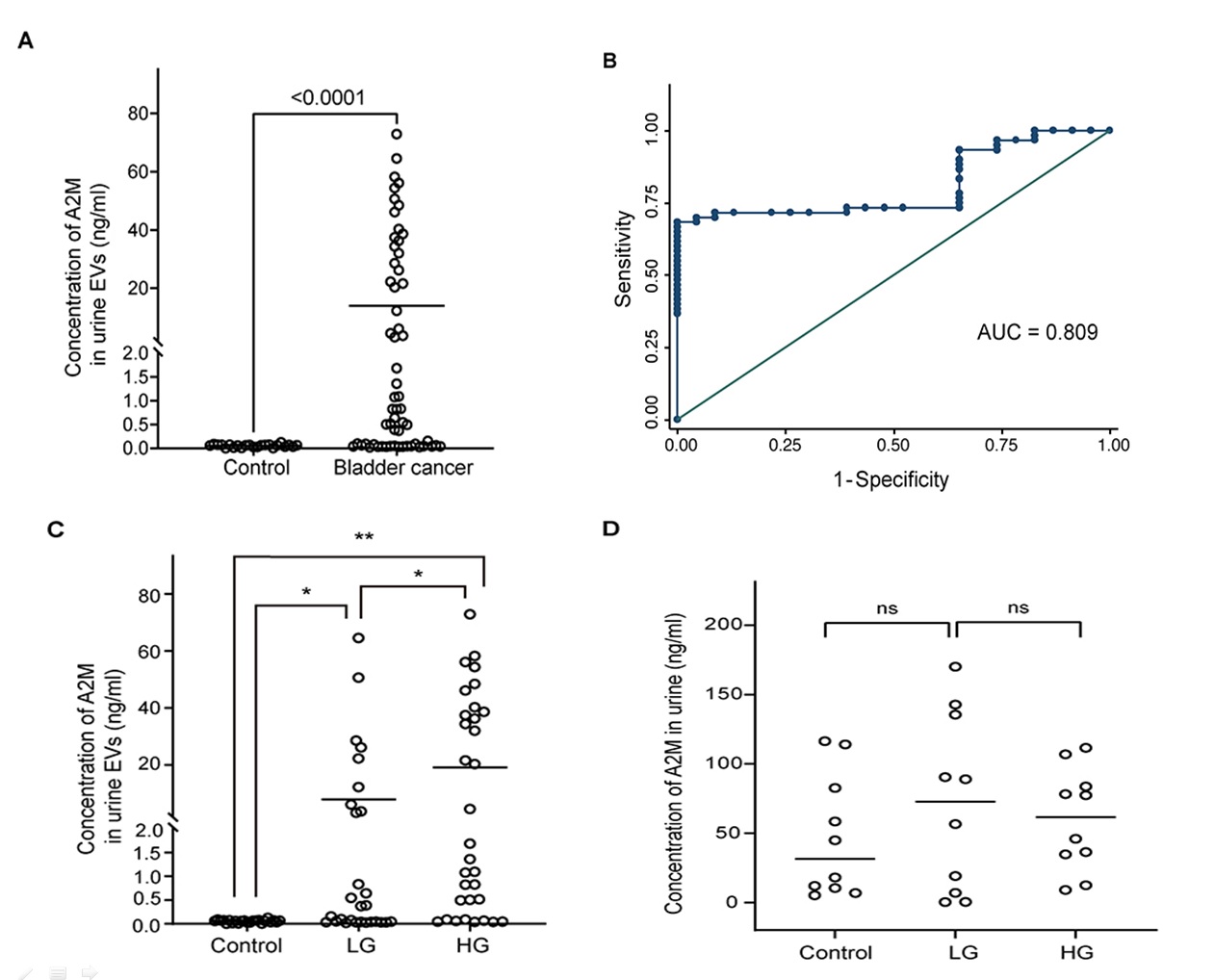