MP08-20: The Comparison of Anxiety Levels in Children Who Underwent Invasive or Non-Invasive Urodynamic Studies

Methods: Children aged 8-17 years who were scheduled for uroflowmetry (UF) or filling cystometry (FC) and who agreed to fill out an anxiety scale were included in the study. It was the first UF or FC of all children. “The Screen for Child Anxiety Related Disorders (SCARED)” form consisting of 41 questions was used in the evaluation. All children included in the study filled the form themselves. The SCARED results of children who underwent UF and FC were compared.

Conclusions: The SCARED scores above 25 indicate an anxiety disorder, and interestingly, in this study, both the invasive and noninvasive urodynamic study groups scored over 25. We consider that non-invasive urodynamic tests may cause stress on children as much as invasive ones.

Source of Funding: No funding 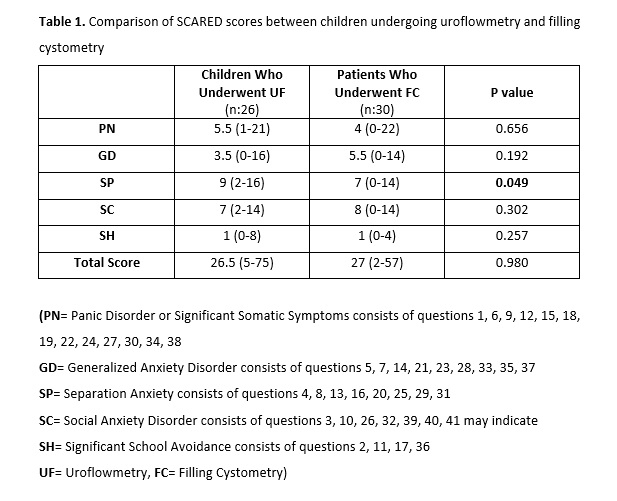