Introduction: Perineural invasion (PNI) on prostate biopsy (Bx) has been considered as a key prognosticator. However, it remains unclear how the number of actual PNI foci impacts on patient outcome. We herein quantified PNI in Bx specimens with the aim of creating a simple index for prognostic prediction.

Methods: We assessed consecutive 152 patients exhibiting PNI on systematic sextant Bx, but not on targeted Bx, followed by radical prostatectomy (RP) both at our institution from 2009 to 2016.

Conclusions: =2 PNI foci and >1 PNI per 10-mm tumor on each Bx were found to be associated with poor prognosis, as independent predictors, in those undergoing RP. Remarkably, the prognostic impact of the latter remained significant in all subgroups of patients examined. 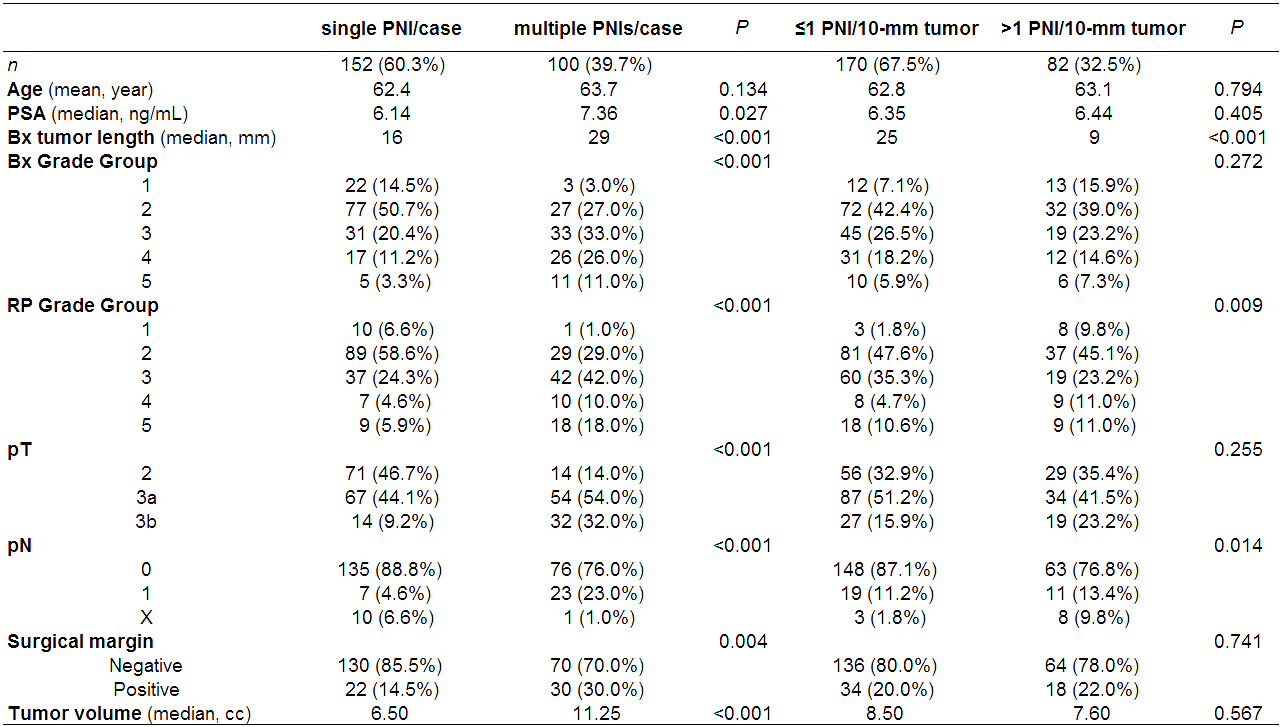