Introduction: Patient-reported outcomes measures (PROMs) are key to evaluating quality of life after radical prostatectomy (RP). However, routine PROMs collection and analysis of factors influencing response after RP are lacking. Thus, we evaluate predictors of PROMs completion in RP patients and associations between response frequency and functional outcomes.

Methods: We reviewed patients who underwent RP from 2016-2017 at our institution. The Expanded Prostate Cancer Index Composite for Clinical Practice (EPIC-CP) was administered preoperatively and up to 30 months postoperatively. Completion was defined as response to =1 EPIC-CP. We used logistic regression to assess predictors of completion and Kaplan-Meier estimators to analyze return of urinary and sexual function based on number of completed PROMs.

Results: Of 634 patients who underwent RP, 392 (62%) completed =1 EPIC-CP. On univariate analysis, non-white race, Medicaid insurance, and limited English proficiency were associated with lower completion, while an active online patient portal was associated with completion (Table 1). Of these factors, only an active portal was still associated with greater completion on multivariate analysis (OR 4.0, 95% CI 2.7-5.9, Table 1). Factors such as PSA level, nerve sparing, pathologic Gleason Grade Group, and pT stage were not predictors, although pN1 was associated with lower completion vs. those without node dissection. When stratified by low vs. high number of responses, time to return of urinary or sexual function did not differ (Fig. 1).

Conclusions: Despite a high completion rate in our cohort, patients without online portal access may require more support to complete PROMs. Further research on outcomes in respondents and non-respondents is warranted, although encouragingly, we did not observe significant differences in various cancer characteristics between these groups as well as for functional outcomes between low and high frequency responders. 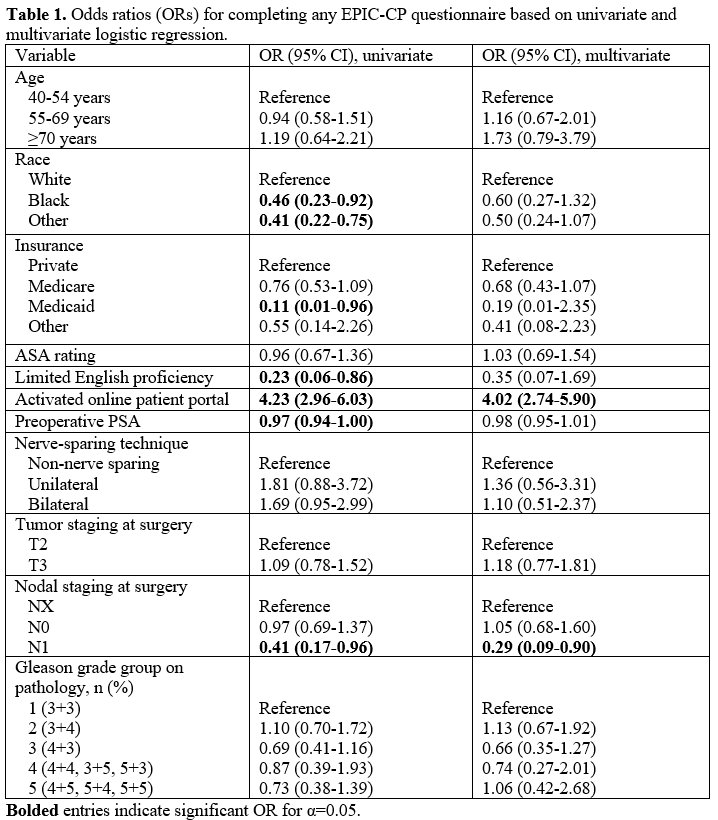 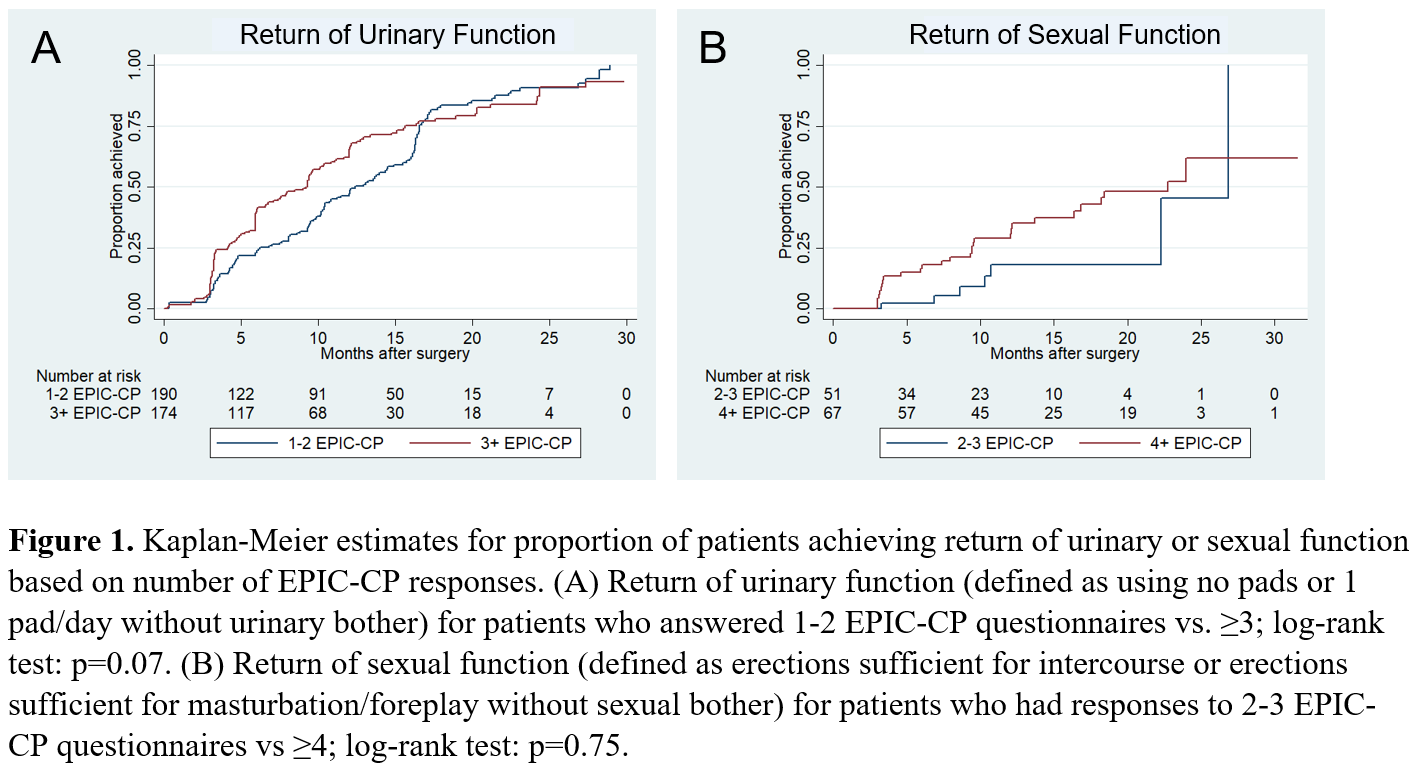