MP21-12: Still one out of five men presenting for erectile dysfunction are young than 40 years of age: findings of a real-life cross-sectional study over last decade

Introduction: Erectile dysfunction (ED) has been demonstrated to be reasonably prevalent among young men (=40 yr). We aimed to i) assess changes in patterns of reported ED in men = 40 yr, and ii) compare the sociodemographic and clinical characteristics of ED men = 40 yr vs. > 40 yr of age over a 8-yr period at a single academic centre.

Methods: Data of 1179 patients seeking first medical help for ED and assessed by a single Sexual Medicine expert between 2013 and 2021 were analysed. All patients completed the IIEF at baseline. Descriptive statistics tested the sociodemographic and clinical characteristics of ED men = 40 yr vs. > 40 yr of age. Within the two groups, multivariable linear regression models tested the association between advancing age and IIEF scores. Local polynomial regression models were applied to explore and graphically display = 40 yr patients’ likelihood to report ED over the analysed time frame and to display changes of the IIEF-EF scores over increasing age between the two groups.

Conclusions: One out of five men seeking first medical help for ED at a single academic centre were younger than 40 yr. This trend has remained stable over the last 8-years. Increasing age among younger patients is not associated with worse erectile function as oppositely occurs among patients > 40 yr. 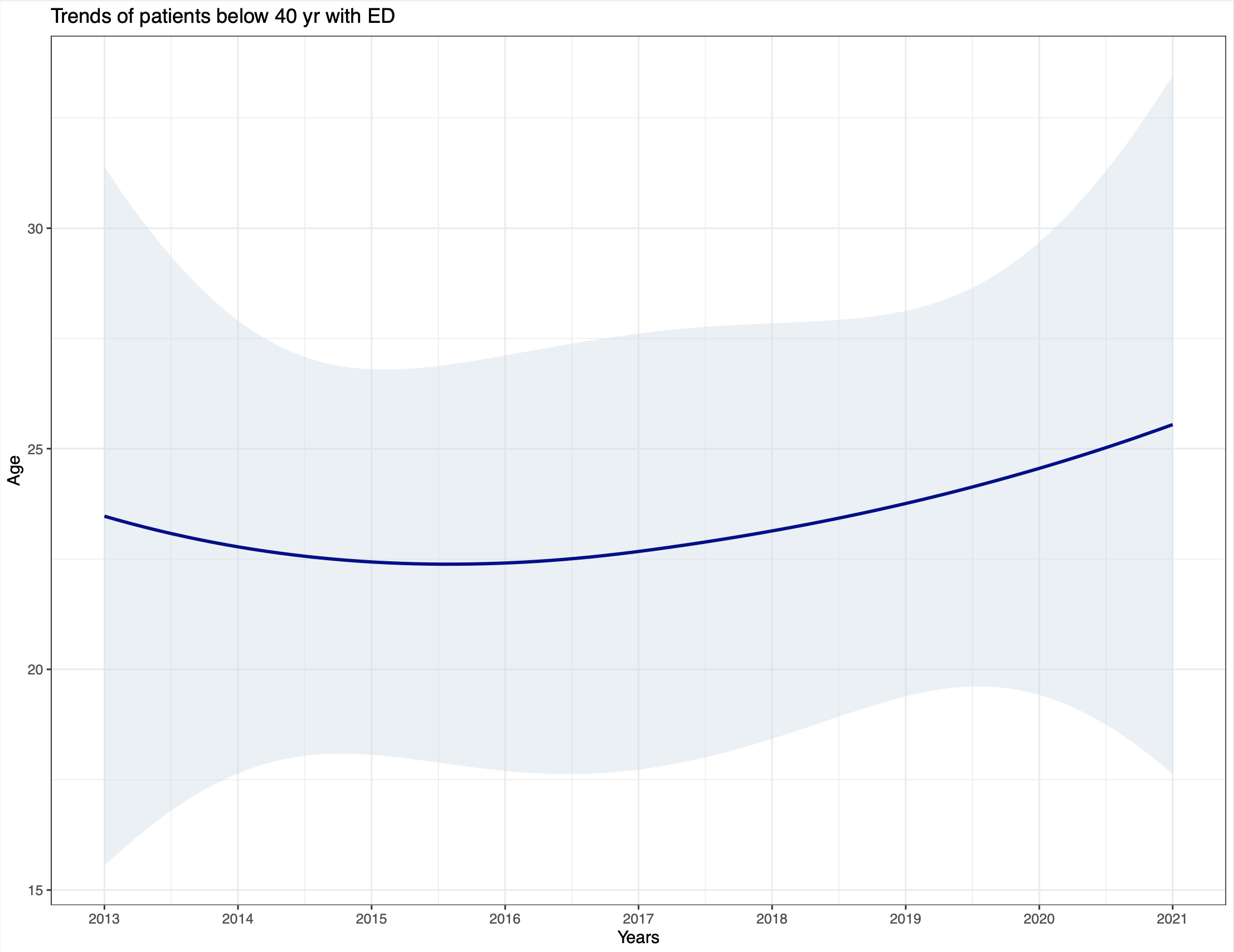