We aimed at comparing PSM and Negative Surgical Margins (NSM) in terms of recurrence-free survival (RFS), metastasis-free survival (MFS) and overall survival (OS) after RAPN and to evaluate the risk factors for a PSM to occur.

Conclusions: This large prospective multicentric series reported on no impact of PSM on oncological outcomes for patients including RFS, MFS or OS. Moreover, predictors of PSM are the RENAL score, WIT and chrRCC. 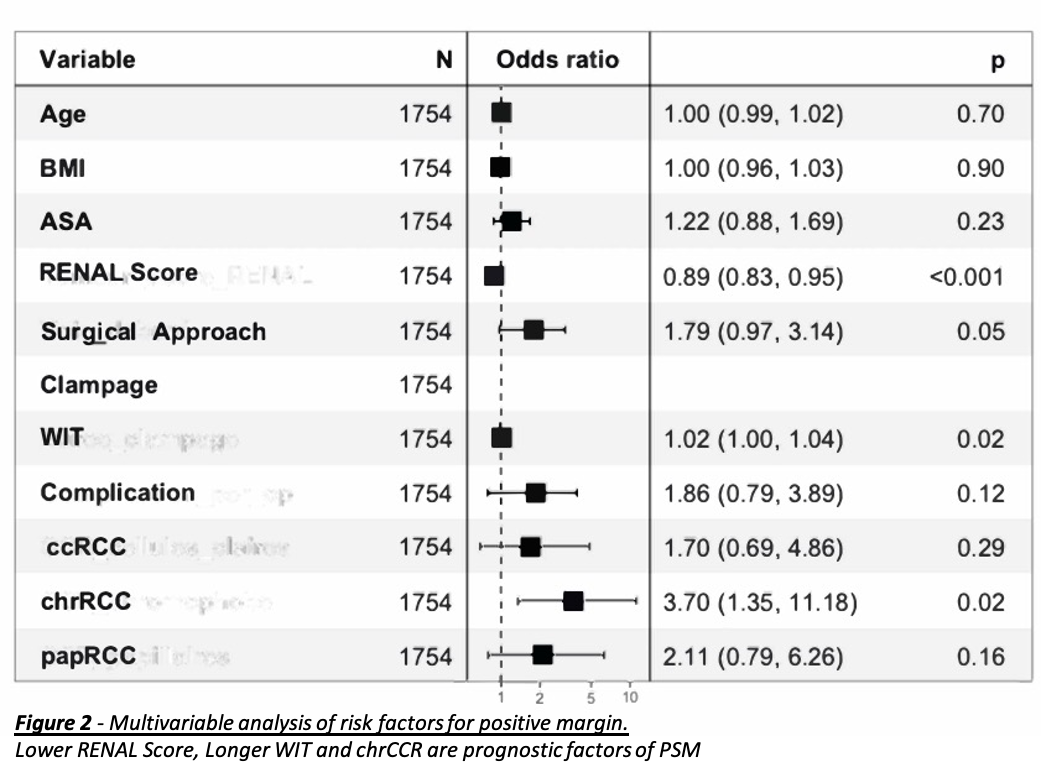 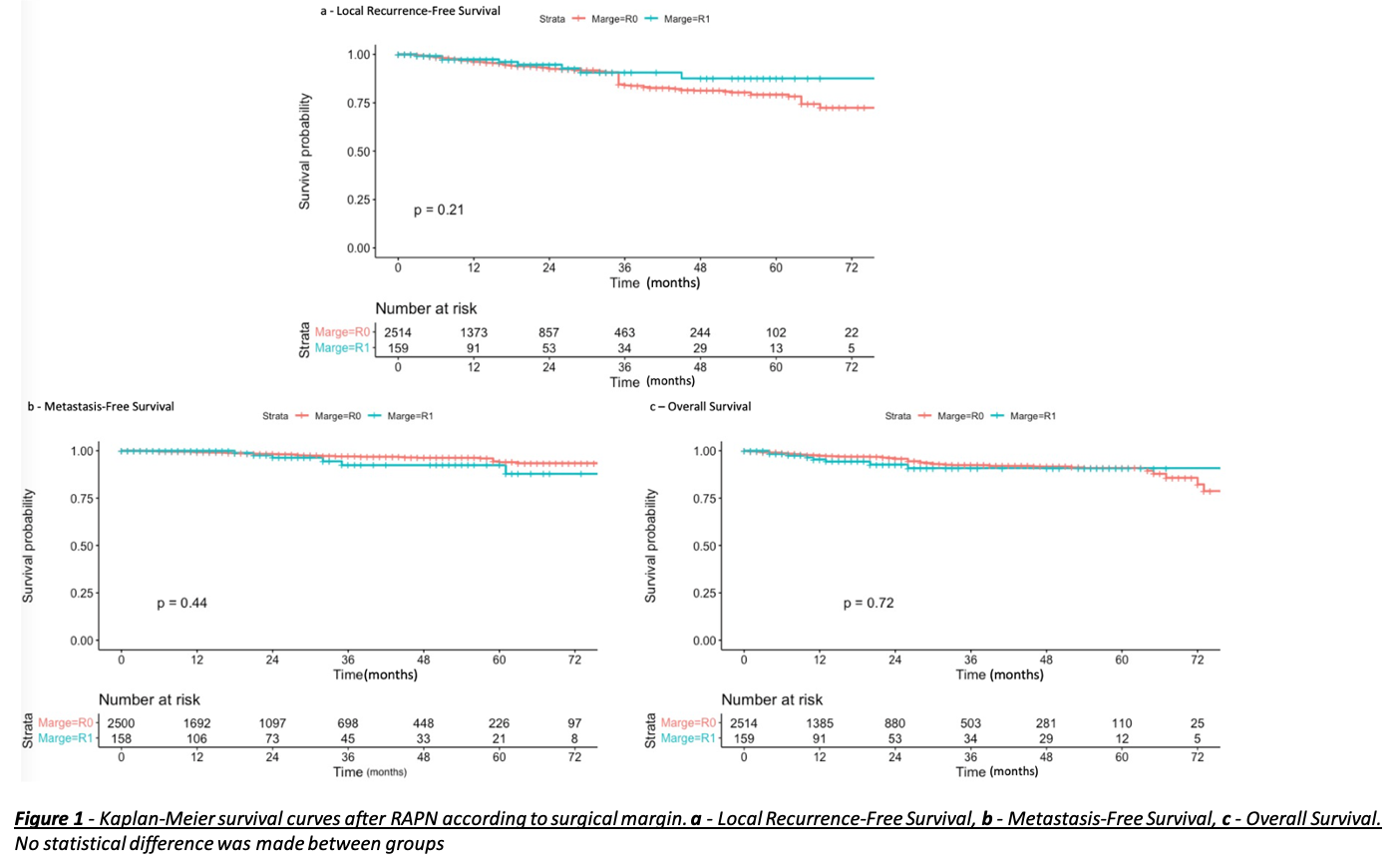