MP25-15: National trends and outcomes in the use of intravesical botulinum toxin and enterocystoplasty among patients with Spina Bifida

Introduction: Patients with spina bifida (SB) may be refractory to medical management and catheterization. Historically, these patients will go on to receive enterocystoplasty. Intravesical injection of botulinum toxin (IVB) has been adopted in the adult and pediatric SB population and gained FDA approval in August 2011. The objectives of this study were to compare utilization trends of IVB and enterocystoplasty in the pediatric and adult SB population, and to evaluate their outcomes post-treatment. We hypothesize that IVB use has increased over time, and that there has been a corresponding decrease in enterocystoplasty.

Methods: We identified patients with SB in the Truven Analytics MarketScan commercial insurance database from 2008-2017 and stratified them into adult and pediatric samples. Initial procedure was identified as either IVB or enterocystoplasty. The annual rate of treatments was measured and a change in treatment rate was identified using breakpoint analysis. Time to enterocysplasty was calculated using survival analysis and factors associated with clinical outcomes up to 10 years after index procedure were determined using multivariate Poisson regression. 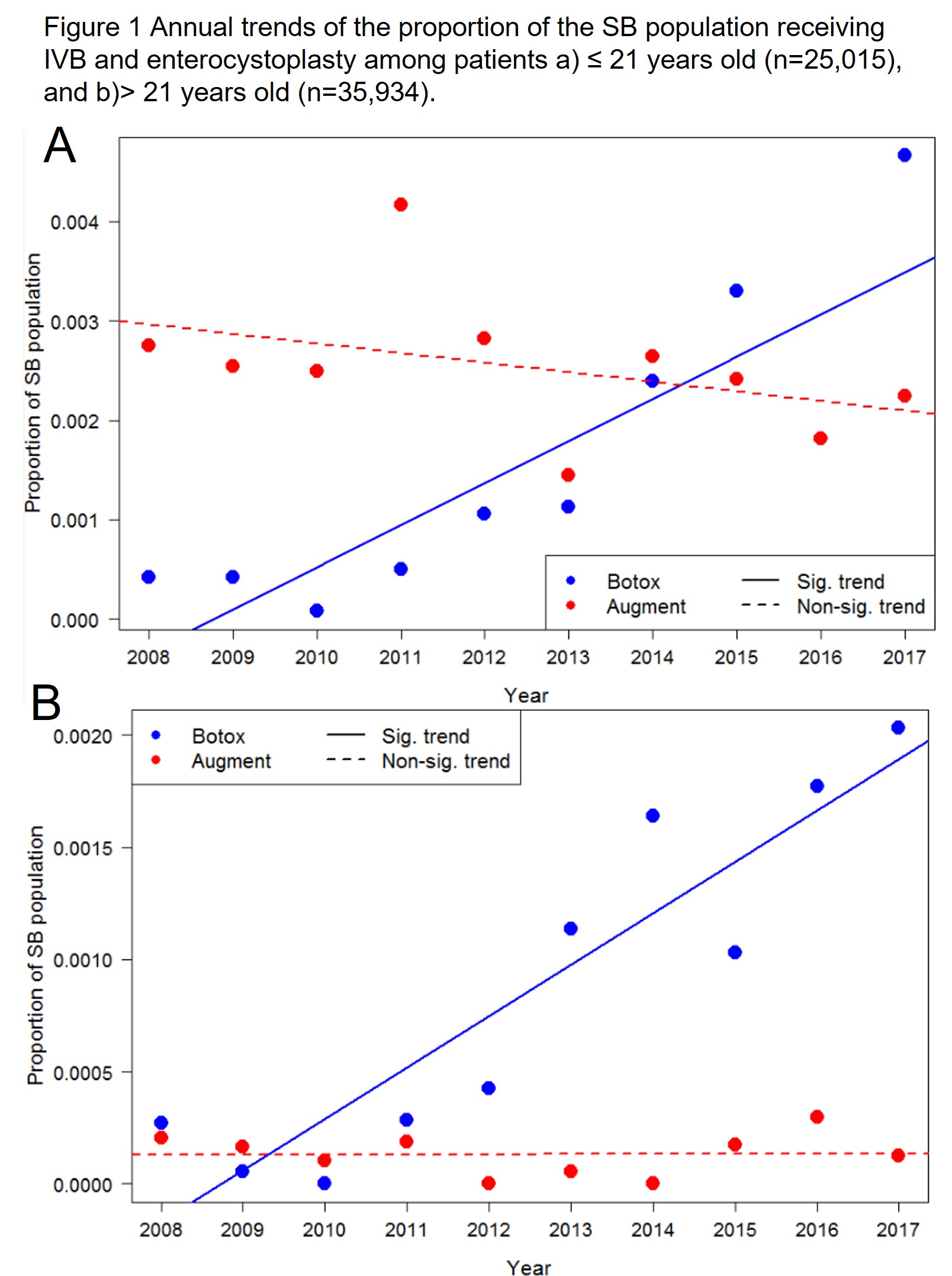