MP26-13: Incidence and Trends in the Treatment of Kidney Stones in Canada: A Population-Based Cohort Study

Introduction: Our aim was to assess the incidence of acute care kidney stone events, trends in the surgical treatment of stones and the demographics of stone formers  in Canada, as no such data exists. This data is important for prevention and resource planning.

Methods: We conducted a population-based retrospective cohort study using administrative data from the Canadian Institute for Health Information. We included Canadian residents age >18, outside of Quebec, who presented between January 1, 2013-December 31, 2018, with an acute care kidney stone event. This was defined as a stone resulting in hospital admission, emergency room visit (in select provinces) or stone intervention, specifically shockwave lithotripsy (SWL), ureteroscopy (URS) or percutaneous nephrolithotomy (PCNL). One stone intervention per 90 days for each person was included. Demographics and treatment utilization were reported by year and province.

Conclusions: Our study provides the first population-based data on the demographics of stone formers and treatment trends in Canada. There has been a 4% increase in acute care kidney stone events over 5 years. Those presenting to hospital or requiring intervention for a stone are more likely to be male, between the age of 41-65 and undergo URS. 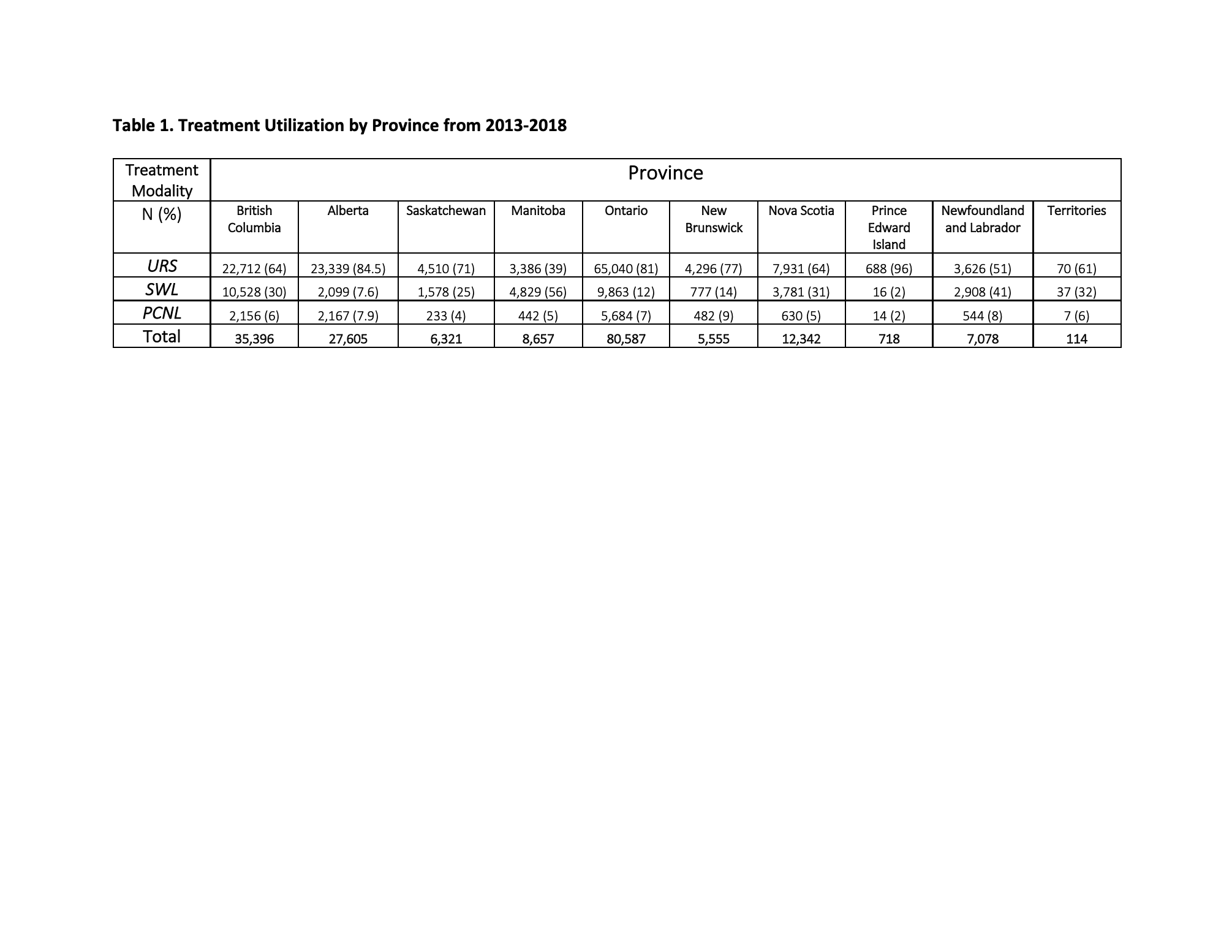 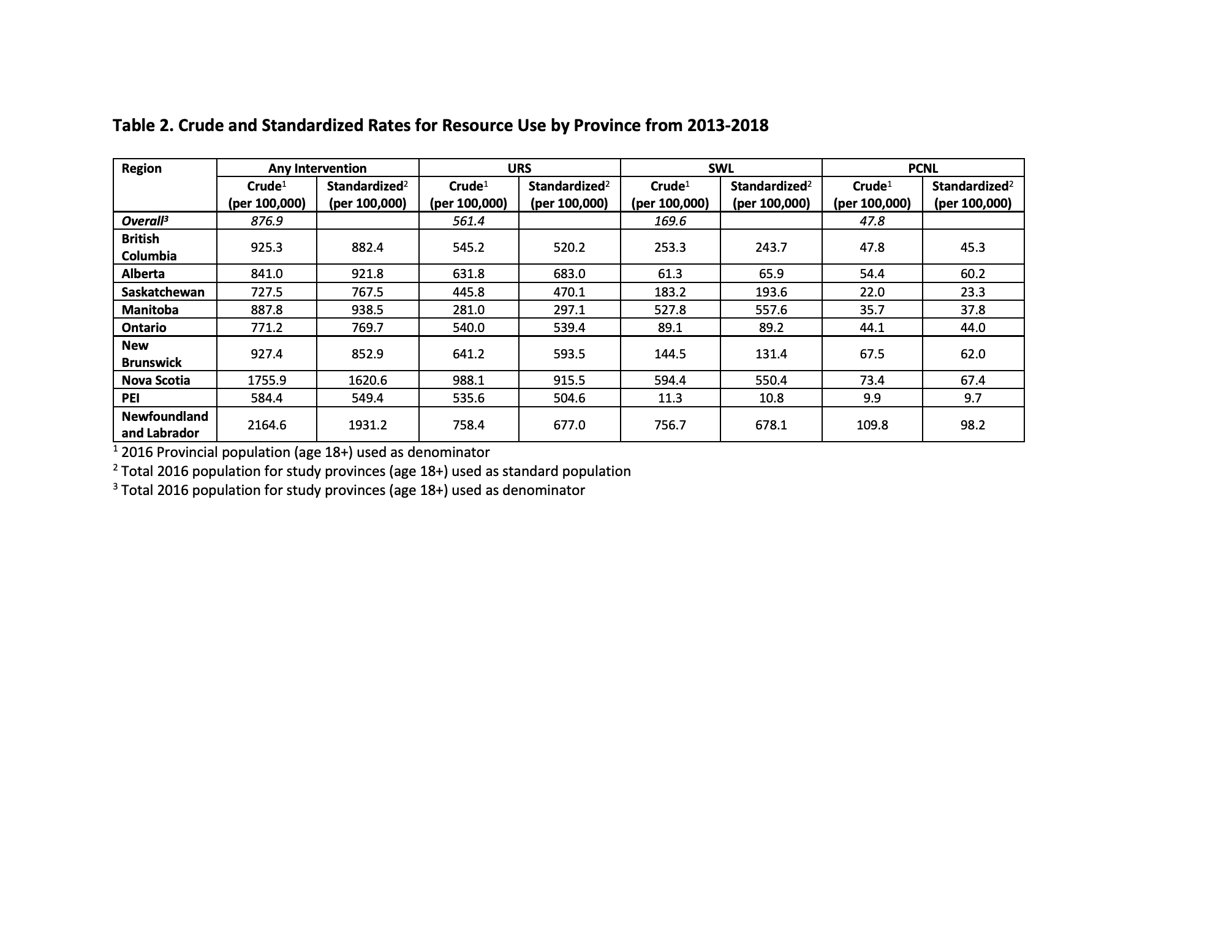