Methods: In a juvenile female Yorkshire pig, bilateral open pyelotomies were used to place a 3-4 mm stone in the proximal, middle, and distal ureter, for a total of 6 stones. Each stone was treated using a 200 µm sTFL at a “dusting” setting of 0.5J, 80Hz (40W) with the irrigation temperature set at 37°C. Ureteral intraluminal and adventitial temperatures were simultaneously measured at each site using two K-Type thermocouples. The laser was activated for a maximum of 5 minutes with intermittent pauses when either thermocouple reached 44°C. Baseline temperature, time to peak temperature (44°C) and time to return to body temperature (37°C) were recorded. The ureteral segments were excised, segmented, and evaluated by a pathologist.

Results: The average continuous lasing time to reach an intraluminal temperature of 44? was 83 seconds (standard deviation (SD) + 45 seconds). The average time to return to baseline of 37? from 44? was 4 seconds (SD + 4 seconds). The average time to reach 44? with each subsequent laser activation was 6 seconds (SD + 5 seconds). The maximum adventitial temperature recorded was 40.3?. Histological examination of distal, middle, and proximal ureters revealed: denuded urothelium with congestion, acute and chronic inflammation of subepithelial connective tissue, muscularis propria with minimal vascular congestion, and an unremarkable serosal layer (Figure 1).  These finding were non-specific and no thermal tissue injury was noted. 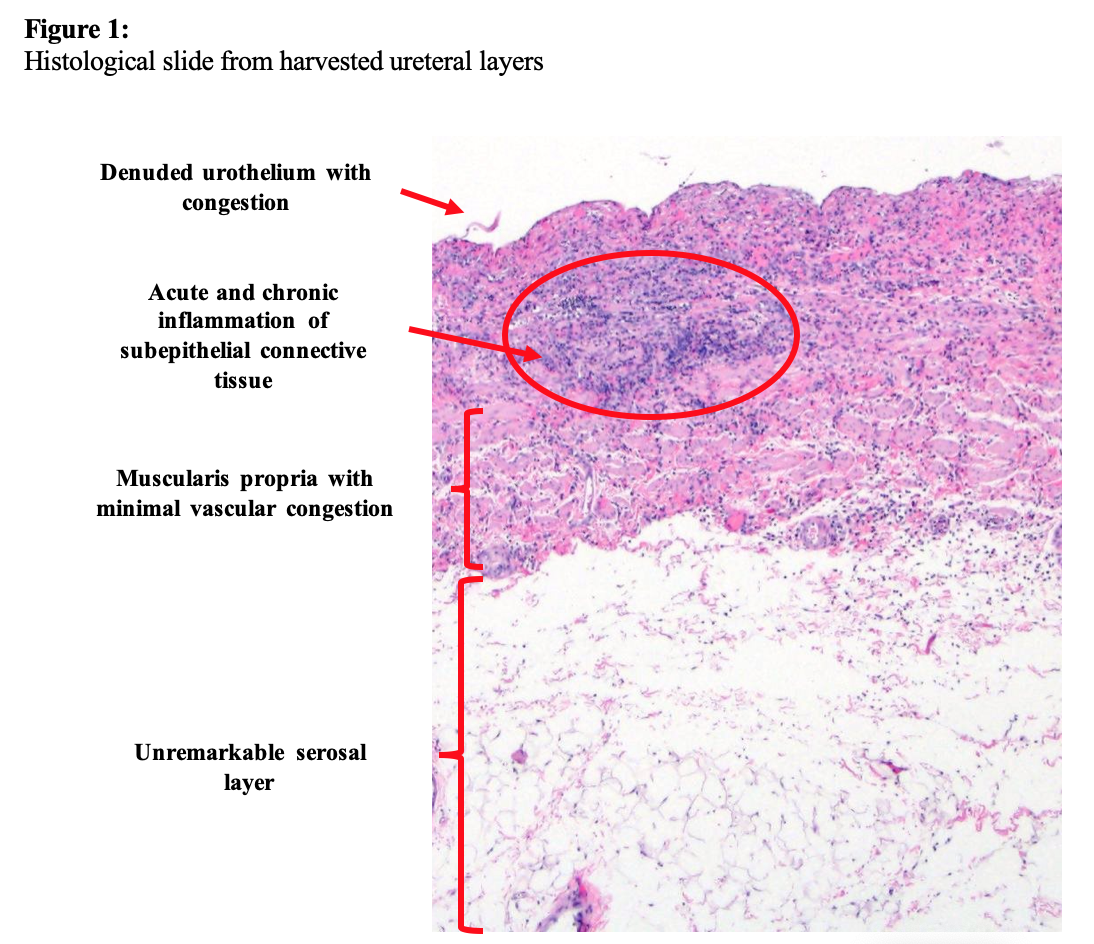