MP32-14: In Vitro Testing of Untethered Thermal-Actuated Microgrippers as a Novel Diagnostic Tool for Urothelial Tissue

Introduction: The gold standard for diagnosis of a suspicious upper tract mass is ureteroscopic biopsy. However, due to the microscopic caliber of the ureter, the development of tools to obtain an adequate tissue sample for analysis has proven challenging. All tools to date have required tethering to the ureteroscope, which severely restrict the size of the biopsy instrument and range of motion. As a result, up to 65% of upper tract malignancies are inaccurately staged. Therefore, we propose the development of untethered submillimeter tools called microgrippers to obtain tissue samples from the upper urinary tract using an in vitro model of porcine urothelium.

Conclusions: Untethered thermal-actuated microgrippers demonstrate the ability to adequately sample urothelial tissue in vitro for analysis by pathologists. There is potential for this revolutionary technology to establish a new standard for biopsy of the upper urinary tract. Ongoing studies are focused on ex vivo and in vivo experimentation for biopsy and drug delivery mechanisms. 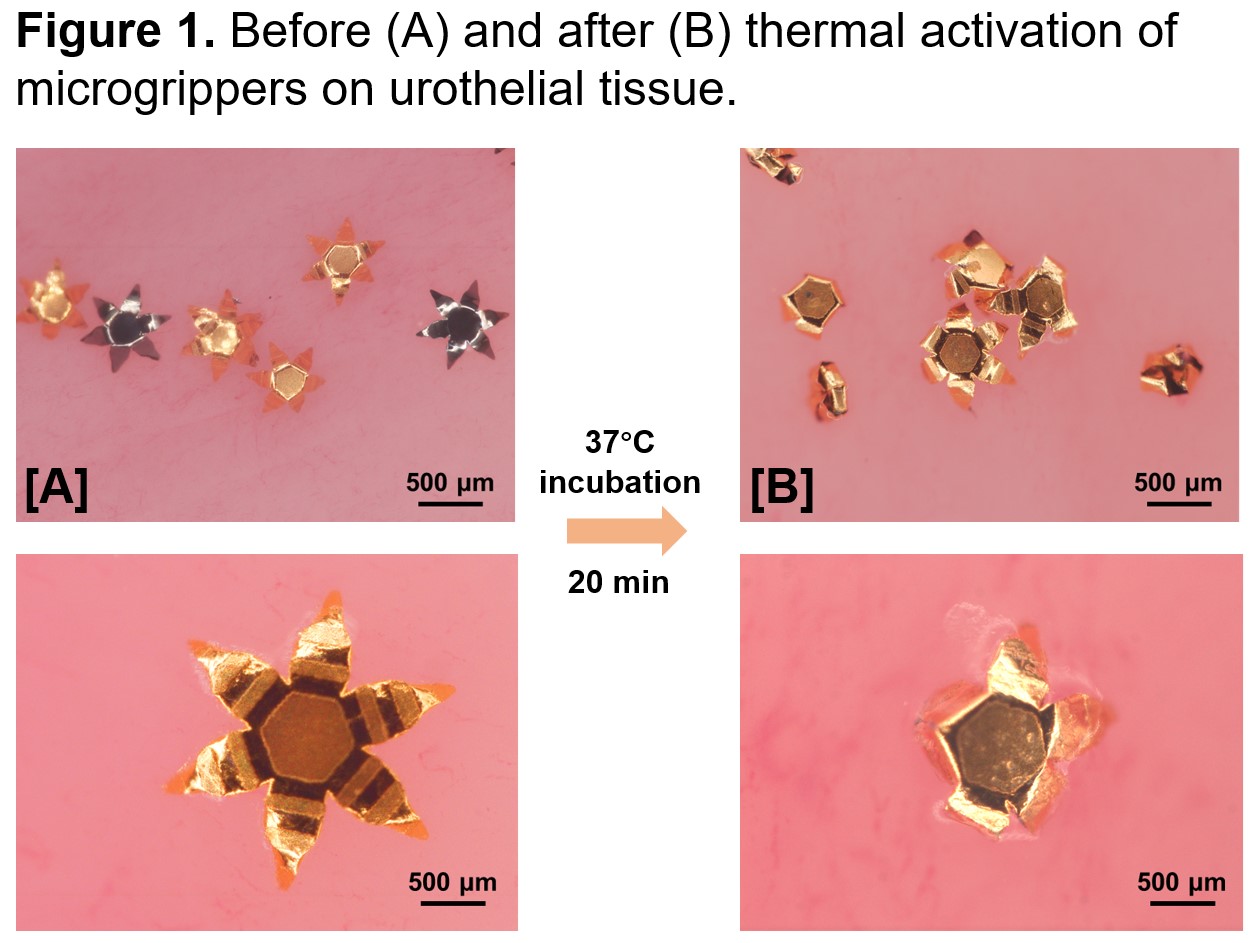