Introduction: Men who survive cancer as children or young adults may have severe spermatogenic impairment with azoospermia requiring surgical sperm retrieval and assisted reproductive technologies for fertility treatment.  We assessed treatment outcomes from a large series of cancer patients with prior radiation therapy.

Methods: Men who underwent microsurgical testicular sperm extraction (mTESE) between 1995 and 2020 from a high-volume surgeon at a single institution were reviewed. Men with a diagnosis of non-obstructive azoospermia (NOA) and history of malignancy treated by radiation therapy were included. Men with history of prior sperm retrieval attempts at other centers were excluded. Reported outcomes included sperm retrieval, pregnancy, and testicular histopathology. Comparisons were made between patients with pelvic and extra-pelvic radiation therapy.

Conclusions: Sperm retrieval is negligible in NOA men with a history of malignancy and concomitant pelvic radiation therapy. These men should be counseled appropriately on the poor prognosis for sperm retrieval.

Source of Funding: Nahid Punjani was supported by the Theresa and Wallace Fund of the New York Community Trust 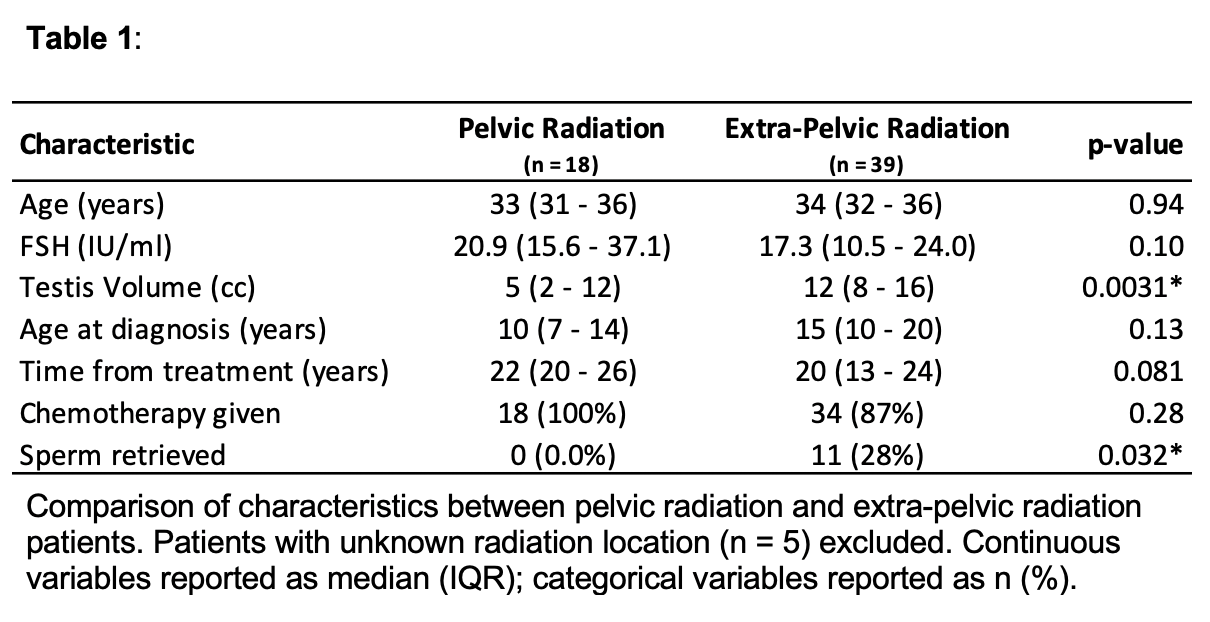