Introduction: We developed a novel shape memory alloy prosthesis using a lasercut Nitinol extruded tube that expands and becomes rigid when heat activated thus simulating an erection. We now describe magnetic induction activation of the prosthesis in a touchless fashion. We developed an external induction device (“wand”) using a power resonator circuit that creates an oscillating current across custom-made induction coils. The wand can be waved around the penis, activating the prosthesis and simulating an erection.  We compared the wand with an off-the-shelf inducer, Miniductor-II (1000 Watts, positive control).

Methods: A novel external wand was designed with microcontroller control. Several safety features were added to protect against excess power (temperature and current) discharge, including a current limiting circuit. The system is powered by 4 rechargeable 3.7 V lithium-ion batteries that make it portable and light. A testbench, with angle and distance sensors, a camera and image analysis, was used to measure the deformation of the prosthesis over time. Prosthesis deformation was evaluated by calculating the deflection angle of the prosthesis and the decreasing subtended area.  Helicoidal coil and a pancake coil geometry were tested. Different parameters were considered such as the distance and angulation between the wand’s coil and the prosthesis.

Results: The novel wand activated the prosthesis in a less than 30 seconds by increasing the temperature from 27C to 45C, reducing the subtended area from 4000mm2 to less than 2000mm2 and the angle of the prosthesis near the coil to 0°. The results were comparable to the results with the control (Miniductor-II), with less power (44.4 Watts) required. Using Design of Experiments statistical analysis, the pancake coil geometry results were more stable and independent of distance and angle.

Conclusions: The induction heating wand activates the prosthesis using much lower power than the Miniductor-II and a timer that prevents excess temperature, thus increasing safety.  The novel wand uses rechargeable batteries instead of cord-connection to a wall outlet, making it portable and user friendly. The pancake coil geometry provided more consistent results that are independent from the coil/prosthesis distance and angle, making it more user friendly. 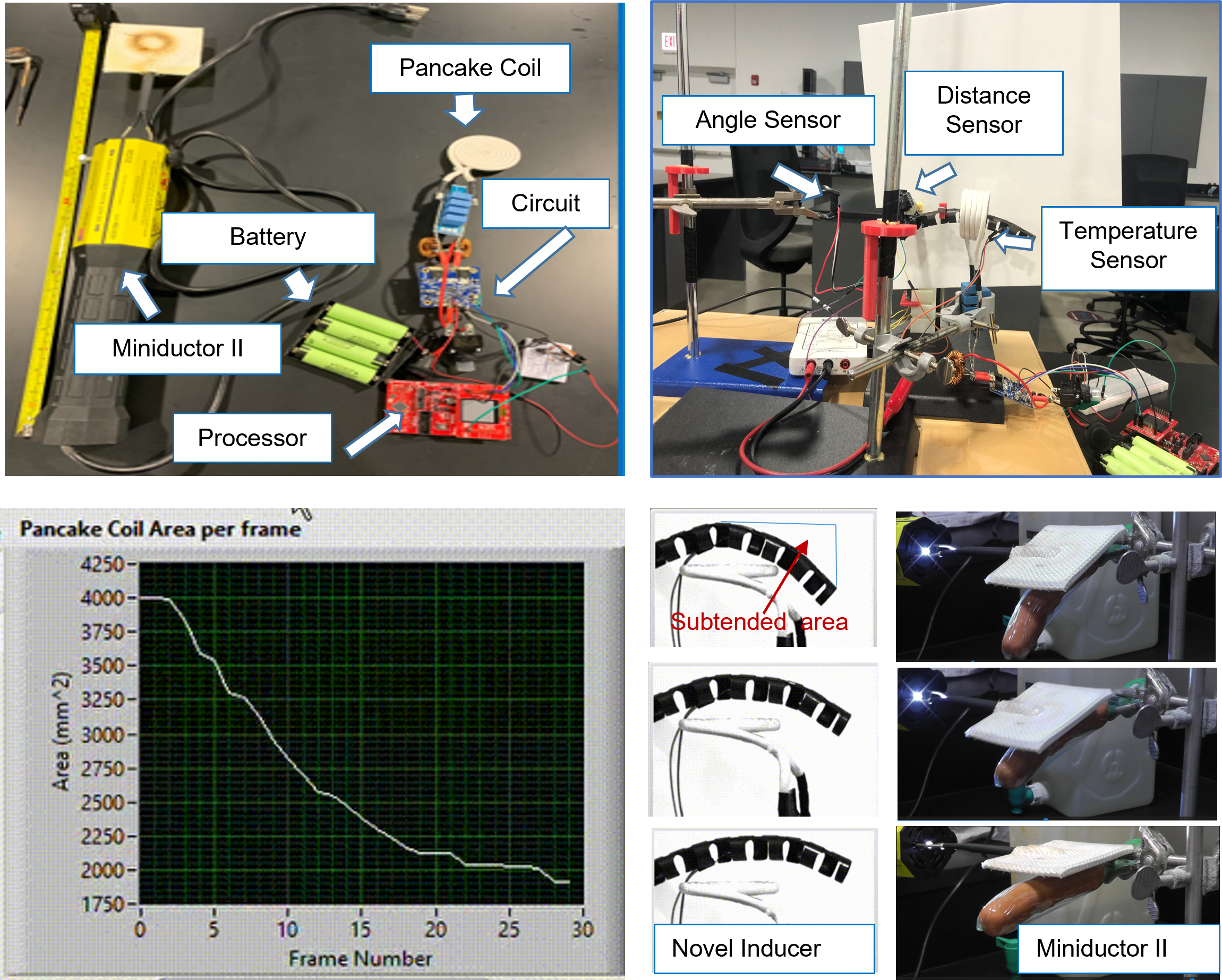