Introduction: Postoperative visits are common in urology practice. Given the expansion of telemedicine (TM), there is a need to better understand the role of postoperative care via TM. We evaluated patient satisfaction and outcomes of postoperative in-person (IP) versus TM visits for adult ambulatory urologic surgery in an urban academic center.

Results: 132 patients were approached; 102 consented and were randomized - 46 (45%) to IP and 56 (54%) to TM cohorts. Operation types included endourologic (79%), penoscrotal (13%), or urogynecologic (8%). 101/102 patients (99%) completed the telephone survey. There were no significant differences in age, gender, race/ethnicity, preferred language, or insurance type between IP and TM cohorts. Both IP and TM cohorts were equally satisfied with their postoperative visit (100% vs. 94.6%, respectively, p=0.28) and found their visit to be an acceptable form of healthcare (97.8% vs. 92.9%, respectively, p=0.46). TM cohort had significantly shorter overall appointment time requirement (67.9% <15 minutes and 85.8% <30 minutes) and travel time savings (Table 1). There were no significant differences in 30-day postoperative complications between the IP and TM groups. There were no significant differences in overall satisfaction or 30-day postoperative complications between operation types.

Conclusions: TM for adult postoperative care saves patients a significant amount of time without compromising patient satisfaction or safety for ambulatory urologic or urogynecologic surgery. TM is a feasible option for routine postoperative care in urology and should be offered to patients as an alternative to IP follow up.

Source of Funding: We were supported by the Harold and Muriel Block Institute for Clinical and Translational Research at Einstein and Montefiore (UL1TR002556). 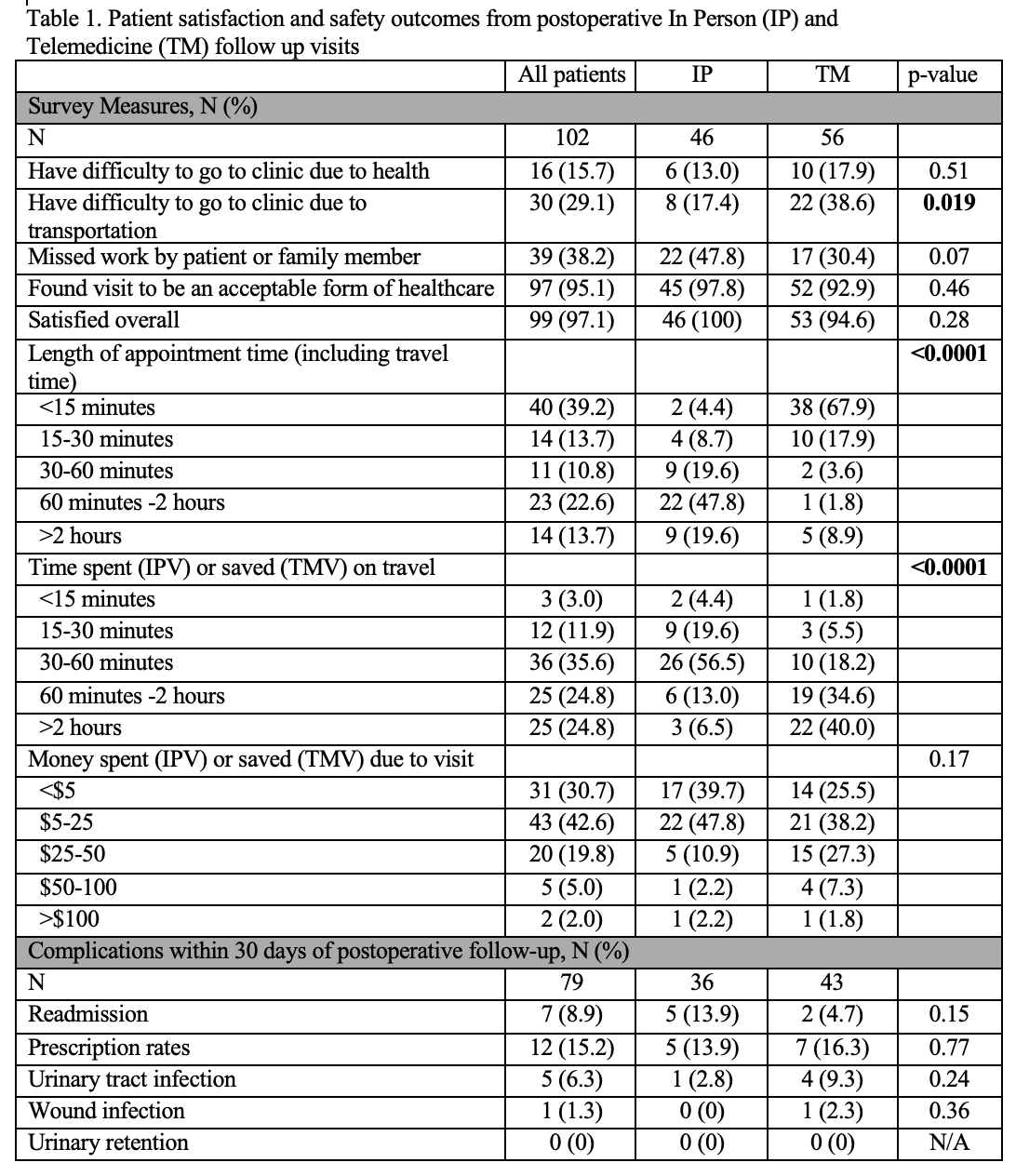