Introduction: While urethral catheters are usually placed without issue, many factors can make placement challenging. Here we aim to further understand reasons for difficulty and the role of urology consultation.

Methods: This is a prospective study that was conducted at a tertiary care hospital from April 2018 through March 2020. We prospectively collected data on multiple parameters including patient demographics, reason for consultation determined by consulting service, consulting service, whether the patient was ICU status, and the level of, and reason for difficulty determined by the urology team. Patients were divided into two groups according to level of difficulty. 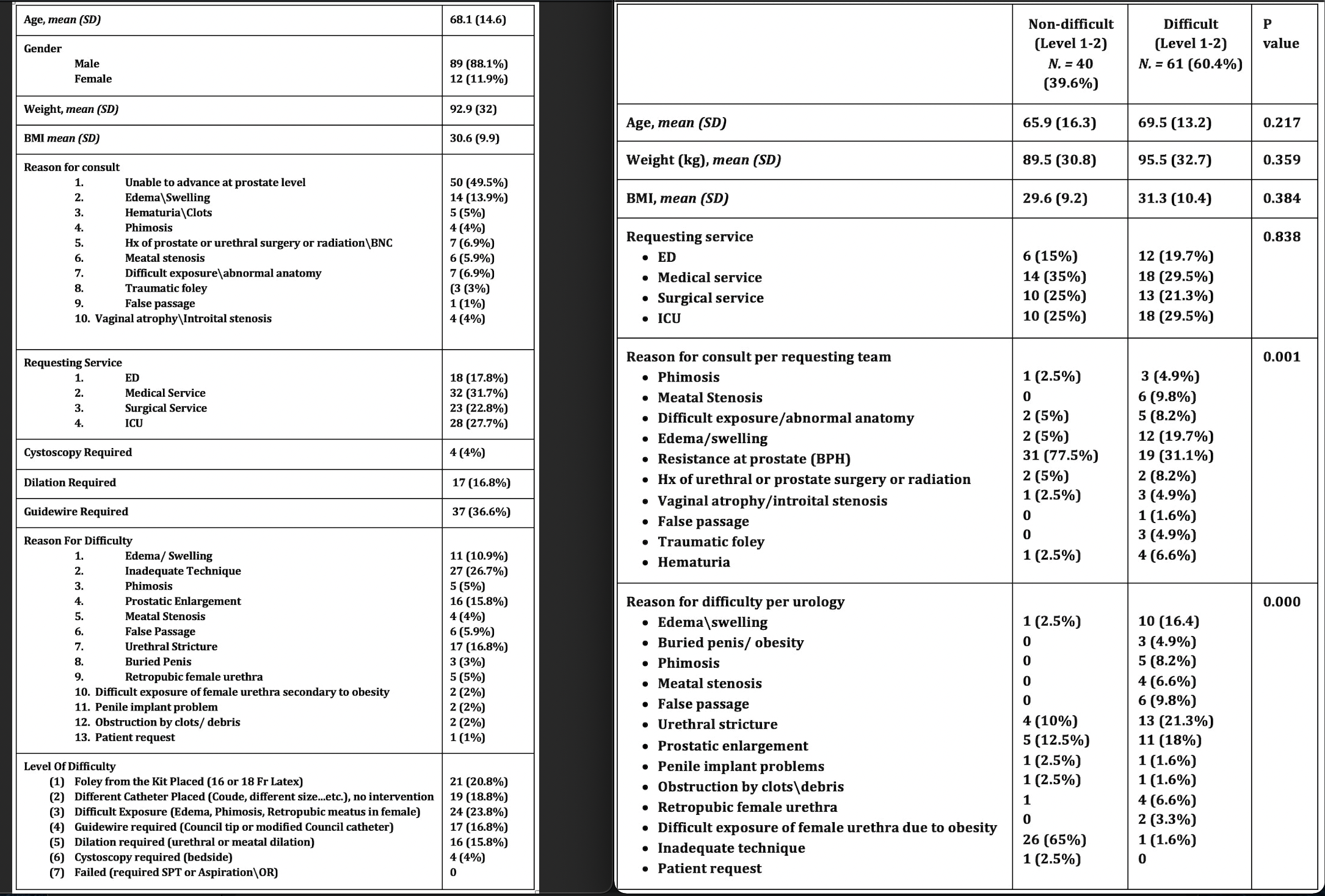