Introduction: The prognosis of patients treated with surgery for localized renal cell carcinoma (RCC) is associated with multiple factors, which has led to the development of prognostic models to predict progression-free survival (PFS) and cancer-specific survival (CSS). The AUA guidelines recently introduced a new risk group stratification system based on tumor stage and grade to guide surveillance after surgery. We sought to evaluate the new AUA risk groups using PFS and CSS at the suggested follow-up intervals and then compare its performance to that of our published institutional risk models.

Methods: We queried our Nephrectomy Registry to identify adults treated with radical or partial nephrectomy for unilateral, M0, clear cell RCC or papillary RCC from 1980–2012. Chromophobe RCC was excluded because the AUA risk groups rely on tumor grade but the WHO/ISUP does not endorse grading this subtype. PFS and CSS were estimated using the Kaplan-Meier method. Predictive abilities were evaluated using c-indexes from Cox proportional hazards regression models. 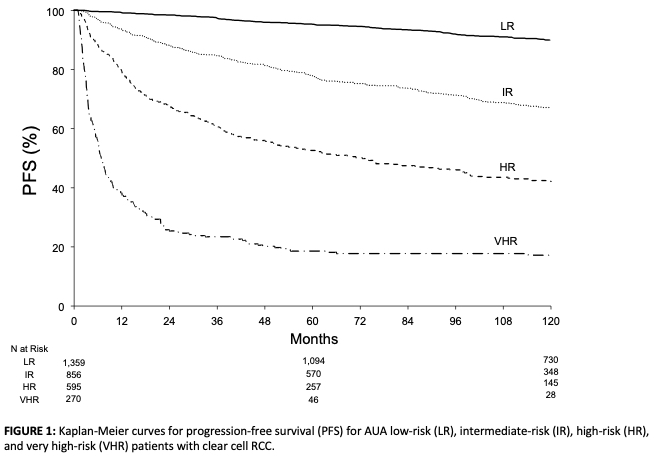 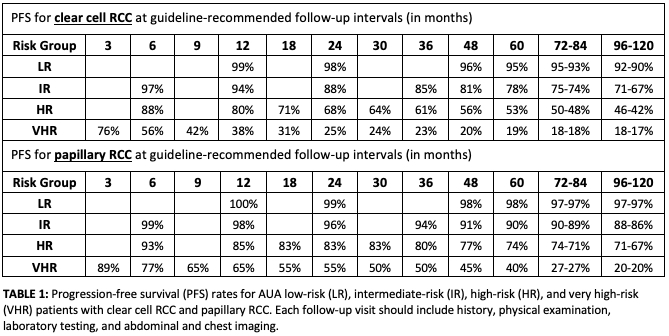