Introduction: In this nationwide study, we investigated the effect of patient-related and lifestyle factors, and the use of multidisciplinary team meetings (MDT) in patient decision making, with overall and cancer-specific death, risk of recurrence and risk of death after recurrence as endpoints.

Conclusions: Patient-related factors such as hypertension and performance status were associated with survival and warrant attention in patient risk stratification. A longer time to recurrence reduced the risk of death after recurrence. Patients whose recurrence was treated without surgery had worse survival, confirming the role of surgery in treating advanced renal cancer. 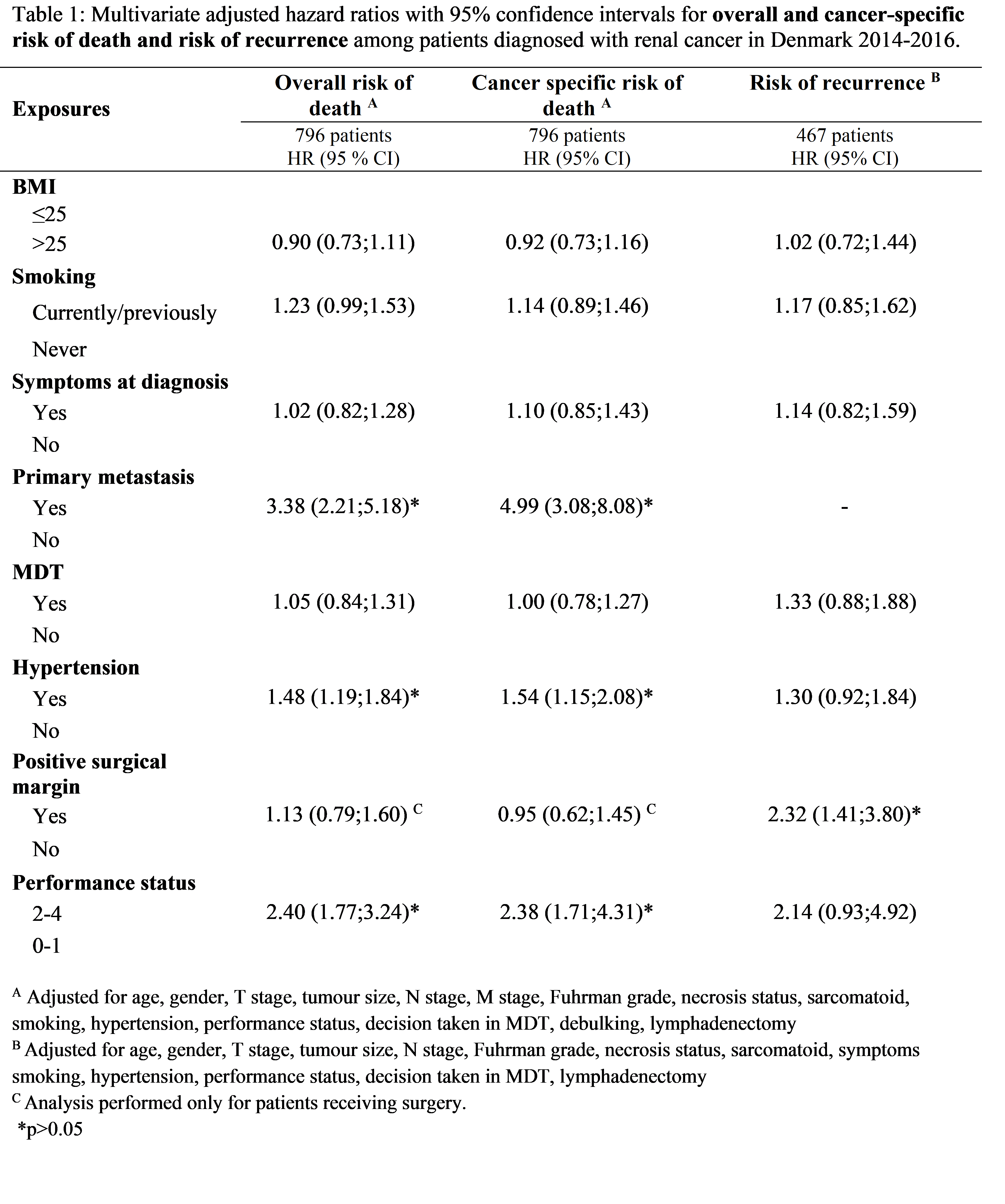