Methods: We identified 124 prostate cancer patients from 2008 to 2018 with solitary oligo-recurrent metastatic lesions on PET imaging who were treated with MDT without ADT from the Mayo Clinic C-11 Choline registry. Patients were treated with either stereotactic body radiation therapy (SBRT) or surgical excision and these cohorts were analyzed separately.

Conclusions: This study represents the first reported series of metastasis directed therapy in patients with solitary metastatic prostate cancer.  These results suggest that metastasis directed therapy alone can delay progression of disease, delay initiation of systemic therapy and may have role in the treatment of oligometastatic prostate cancer. 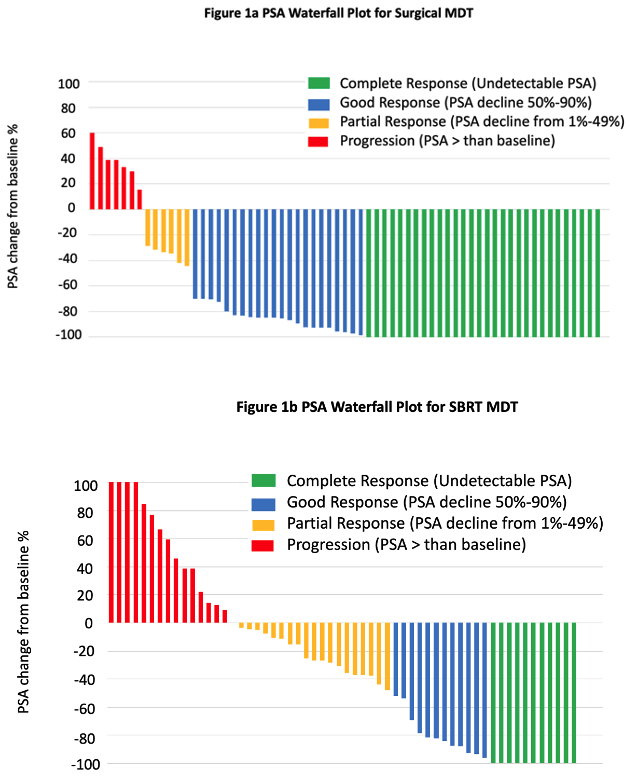 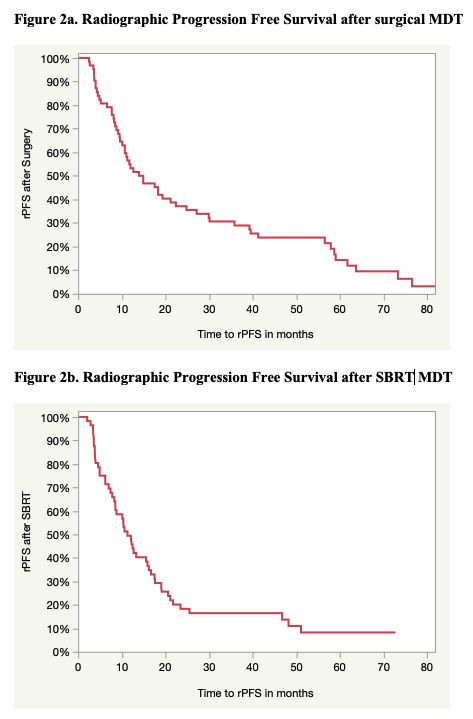