Introduction: Current guidelines recommend observation or adjuvant androgen deprivation therapy (ADT) with or without external beam radiation therapy (EBRT) for node-positive prostate cancer at radical prostatectomy (RP) and pelvic lymph node dissection (PLND). There is limited data on contemporary practice patterns and factors associated with the usage of ADT at the national level.

Methods: Patients with cT1-2N0M0 prostate cancer diagnosed between 2006 and 2015 who underwent RP and PLND and then were found to have pathologically positive lymph node (LN) were identified from National Cancer Database (NCDB). Patients were stratified into 3 cohorts based on the number of positive LNs (1 LN vs. 2 LNs vs. = 3 LNs). Some of the covariables included hospital volume of RP (low vs. medium vs. high), more extended PLND (=11 nodes vs. <11 nodes removed), positive surgical margin (PSM), and pT stage (pT3-4 vs. pT2). Primary outcome was ADT usage (with or without the EBRT).

Conclusions: This NCDB study suggests that clinicians have been selectively offering ADT based on adverse pathological features and extension of PLND. Variations of ADT usage among hospitals may be related to RP surgical volumes. These findings have implications for patient counseling, policymaking, and further trial design for these groups of aggressive and heterogeneous cancers. 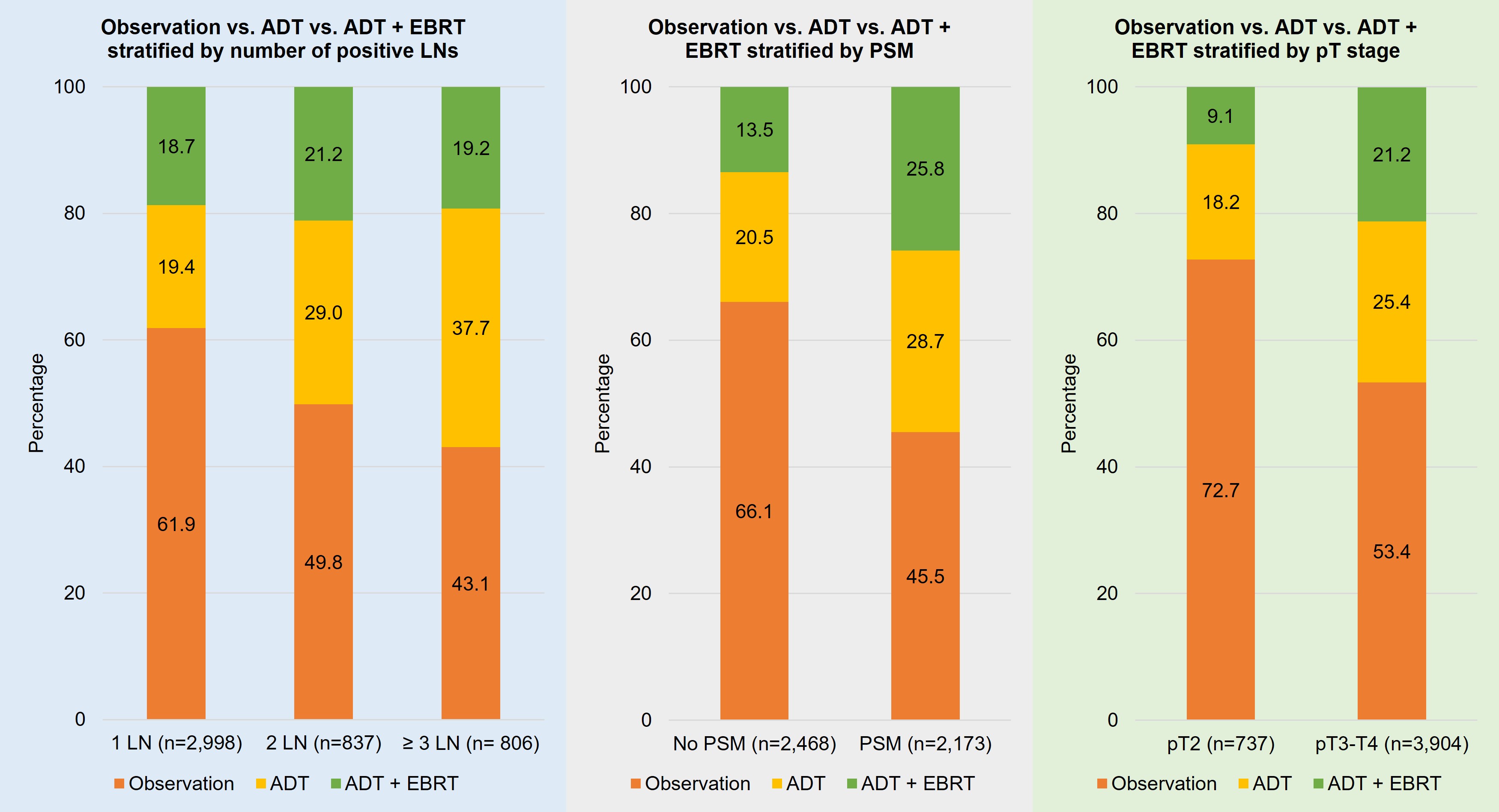