Introduction: Transient receptor potential channel vanilloid 4 (TRPV4) is a member of the TRP superfamily of cation channels. This channel is activated by mechanical stimuli and is highly expressed in the urothelial cell layer of the bladder, where it is implicated in sensing the filling state of the bladder. While the link between TRPV4 activity and voiding frequency has been firmly established, the effects of TRPV4 activity on bladder capacity, voiding efficiency and urethral flow remained unclear. We therefore applied videocystometry, a new technique that combines classic cystometry with continuous x-ray based imaging, which for the first time allows precise quantification of volume, flow and conductance throughout multiple consecutive filling and voiding cycles. This way we obtained new insights in the role of TRPV4 using both TRPV4 knockout (KO) animals and the TRPV4 agonist GSK1016790A.

Results: Using videocystometry on anesthetized mice, we found that intravesical instillation of the TRPV4 agonist, in contrast to vehicle, changed the voiding pattern in WT animals but not in TRPV4 KO mice (fig. 1a-b). We noted a significant decrease in residual volume (p = 0.0095), bladder capacity (p = 0.0003) and voiding interval (p = 0.0089)(fig. 1c-e). We did not find a difference in voiding efficiency, urethral flow rate or conductance. We identified a typical pattern in the volume traces of WT animals receiving the TRPV4 agonist, where a large void is followed rapidly by a very small void (fig. 1f). In TRPV4 KO animals, we could not find any significant effect of GSK1016790A instillation, demonstrating the selectivity of the agonist in our setting.

Conclusions: We can conclude that TRPV4 activation effectively reduces residual volume and bladder capacity in WT but not in KO mice. This confirms the role of TRPV4 as a potential target for the treatment of bladder over- and underactivity. 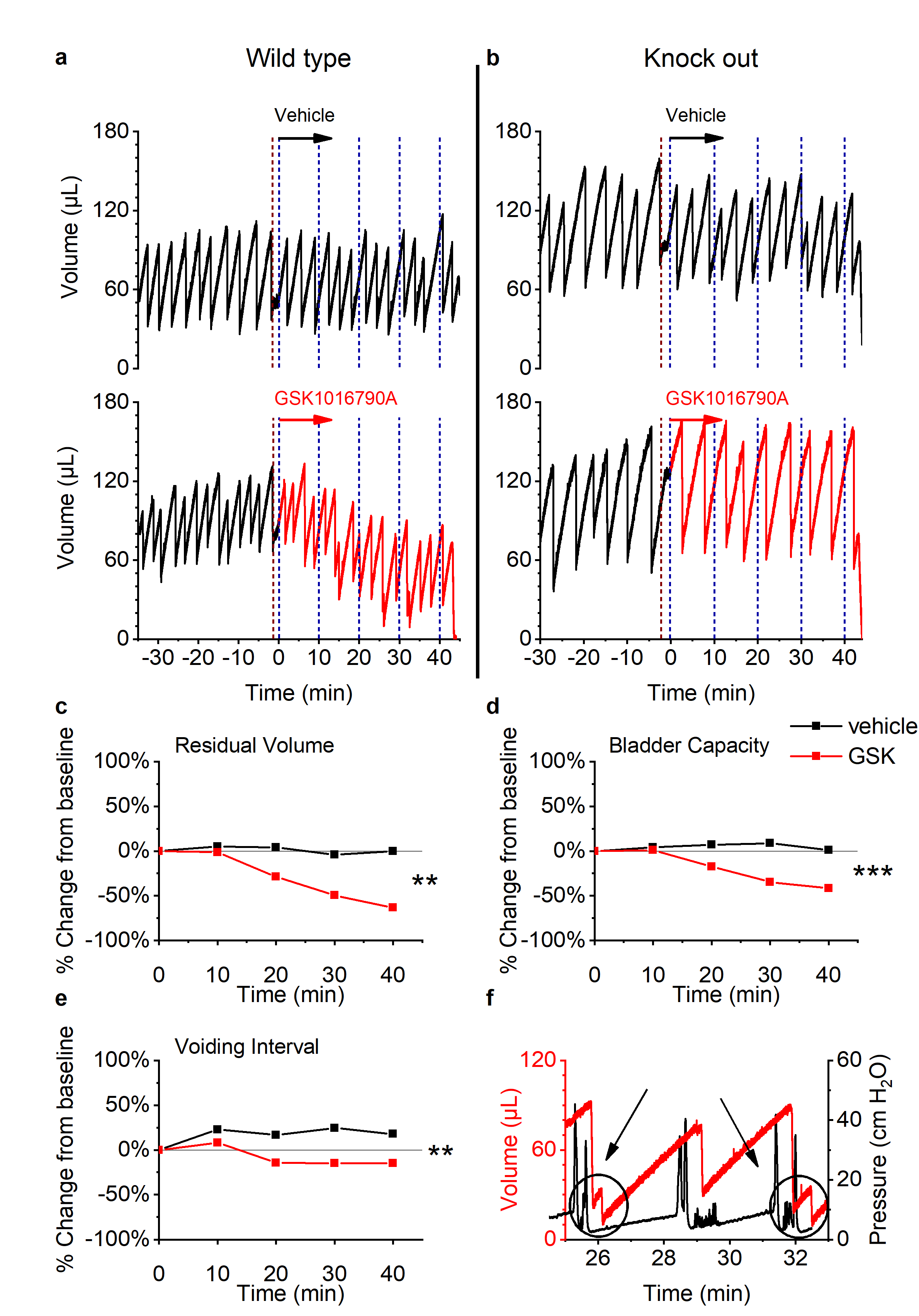