Introduction: Focal therapy is an option for the treatment of localized clinically significant prostate cancer (csPCa).  Post-ablation biopsy is best practice, as there is no reliable alternative metric for success. Currently, it is unclear where csPCa persists post-ablation relative to the target.  We hypothesized the majority of post-ablation csPCa would occur at the treatment margins.

Methods: Our cohort included 113 men with csPCa treated with HIFU (N=38) and cryoablation (N=75).  All men received a preoperative MRI followed by a targeted and systematic prostate biopsy. Eligible men had MRI visible localized csPCa. Patients underwent either HIFU to the ROI plus >10mm customized margin or hemigland cryoablation.  At six months post-ablation, patients obtained a repeat MRI and biopsy as detailed in Figure 1.  A previously validated Matlab code was used to measure the distance from biopsy cores to ablated ROI surface. The primary outcome was the distance of post-ablation csPCa from the ROI surface.

Results: Overall, 28% (N=32) of men had csPCa at six months.  Of the post-ablation cores containing csPCa (N = 95/1622), half occurred within the original ROI (Cryotherapy: 48%, HIFU: 50%, Figure 2). The distribution of csPCa relative to the ROI was similar for HIFU and cryoablation. The median distance from ROI surface to csPCa core was 0.4 cm for cryotherapy and 0.07 cm for HIFU (not statistically significant).

Conclusions: The distribution of post-ablation csPCa relative to targeted ROI was similar for HIFU and Cryotherapy.  The majority of persistent cancer is within or close to the target.  Optimizing ablation within the target may be the most efficient strategy to improve cancer control in prostate focal therapy. 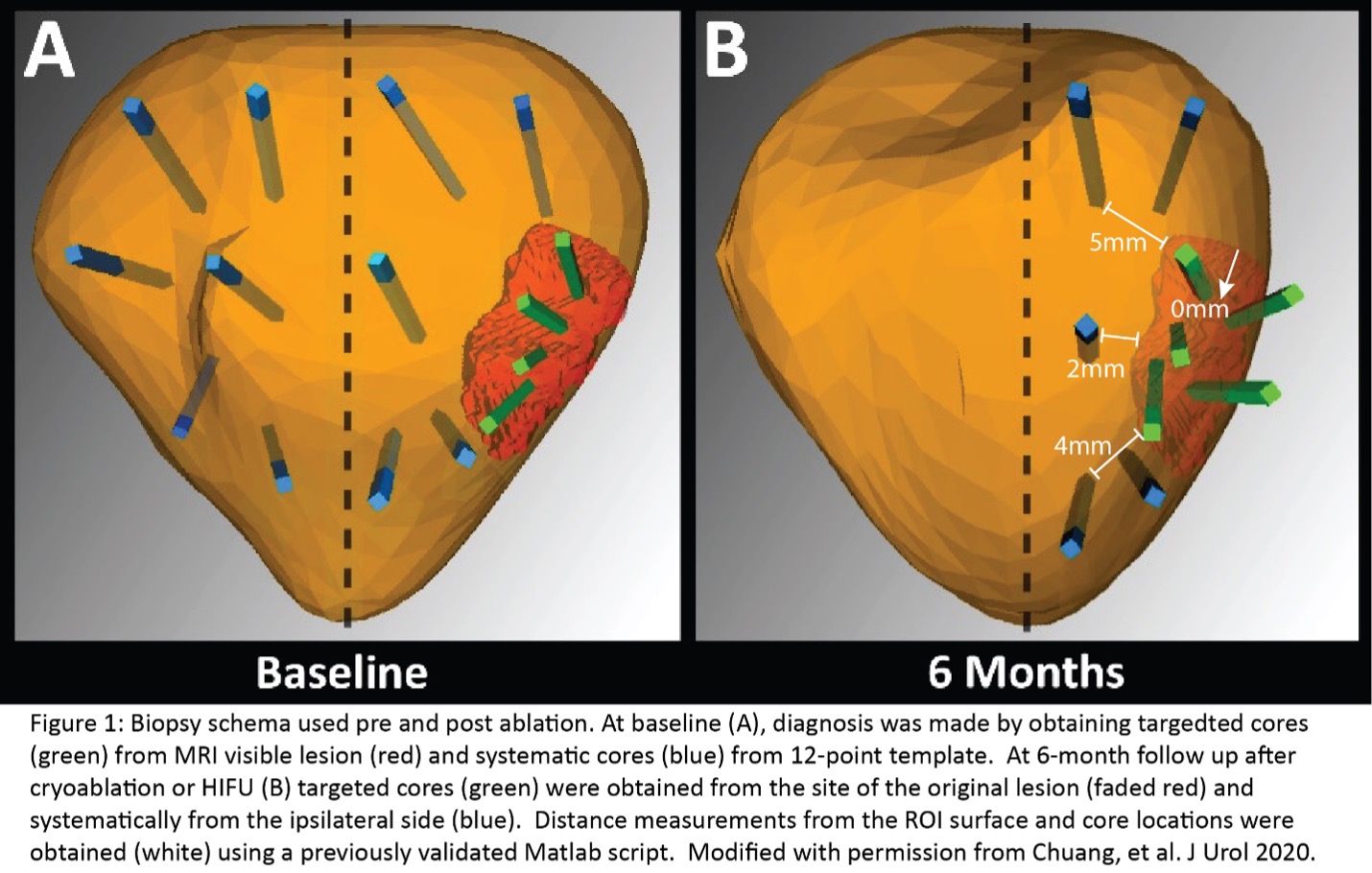