Methods: We reviewed the Patient Reported Outcome program in the MUSIC prostate cancer registry for men with IRPC undergoing RP from May 2014-- to June 2021. EPIC-26 surveys are administered at baseline and 1, 3, 6, 12, and 24 month postoperatively. To quantify deterioration in function resulting from surgery, patients were included in this analysis if they report good urinary and/or sexual function at baseline. Social continence (SC) was defined as self-reported use of 0-1 pad per day and assessed at 3 and 6 months postoperatively. Good sexual function (SF) was defined as erections firm enough for penetration and assessed at 12 and 24 months postoperatively. Proportions of patients with social continence and good sexual function were compared between favorable (F-IRPC) and unfavorable (U-IRPC) with the Chi-squared test. Surgeon level variation was assessed graphically.

Conclusions: As reported in MUSIC PRO, men with IRPC had reasonable urinary continence recovery postoperatively overall, but generally poor recovery of erectile function, with notable variation in postoperative urinary and sexual function by surgeon. These data may inform patients and surgeons regarding the range of expected outcomes as well as drive future quality improvement efforts. 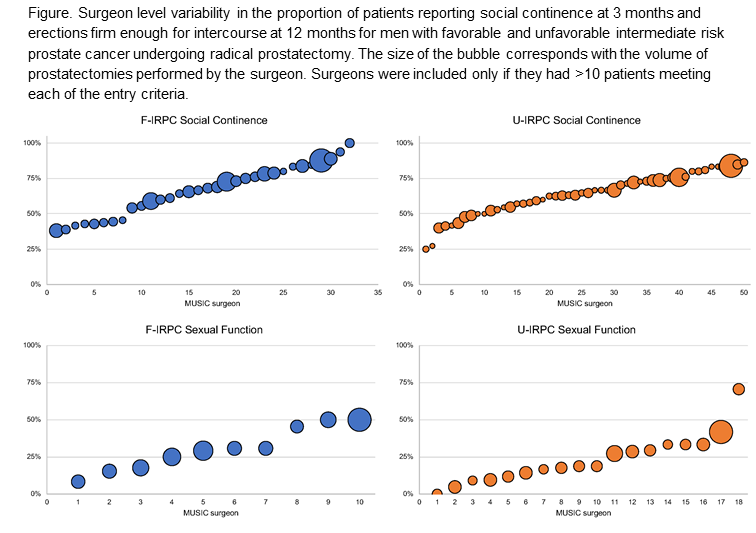