Introduction: While it is apparent that expedited discharge pathways for postoperative patients can reduce hospital costs, it is unclear what impact they may have on clinical outcomes. In this study, we sought to evaluate the relationship between the standard postoperative pathway length of stay (sLOS) and clinical outcomes in patients undergoing radical prostatectomy (RP).

Methods: We performed a retrospective cohort study of patients undergoing RP for the management of prostate cancer from 2008 to 2017 using the Premier Hospital Database. Low volume hospitals ( <30 RP/year) were excluded.  Recognizing that length of stay is influenced by the development of postoperative complications, sLOS was calculated as the median days in the hospital only for patients without any postoperative complications and determined for each hospital in each year. We then evaluated for an association between sLOS and postoperative outcomes using logistic regression models controlling for clinical and demographic features, disease, surgical, and hospital factors.  The primary endpoints were 90-day minor complications (Clavien grades 1-2), non-fatal major complications (Clavien grades 3-4), and mortality (Clavien grade 5).  The secondary endpoint was 90-day readmission rate.

Conclusions: Shorter standard hospitalization following RP is associated with lower rates of minor and major complications.  Our study suggests that it is advantageous to perform RP as day surgery in appropriate patients.  Further investigation is needed to determine what protocols are necessary to shift to shorter sLOS following RP. 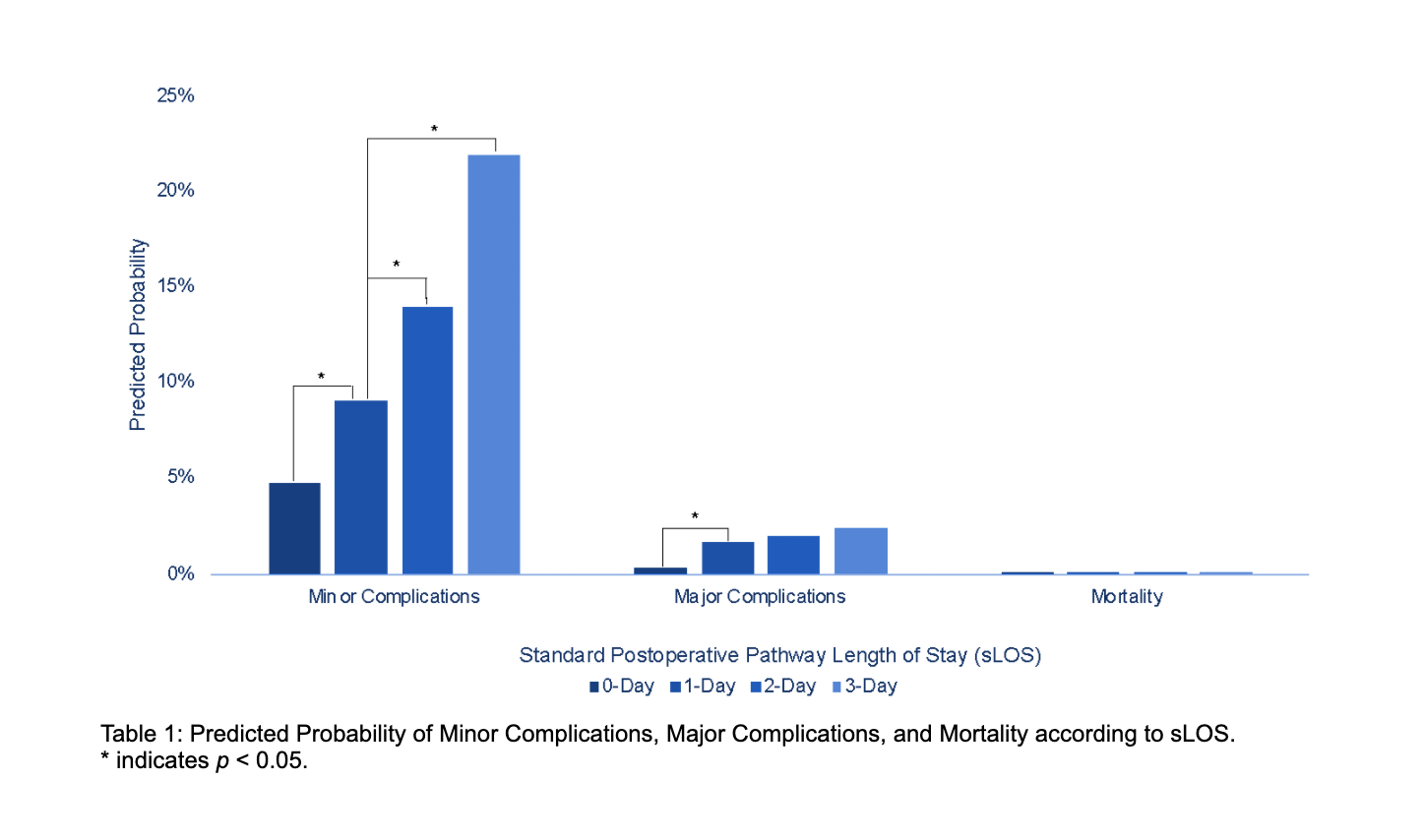