Introduction: Radical cystectomy (RC) is recommended in NMIBC patients with high risk of progression or persistent disease despite intravesical therapy. The role and extent of lymphadenectomy is controversial and not universally performed in this population. The objective of this study is to evaluate the incidence and pattern of nodal metastasis in patients undergoing radical cystectomy for treatment of clinically non-muscle invasive bladder cancer.

Methods: Prospectively collected data of patients who underwent RC and ‘super-extended’ LND with intent-to-cure for urothelial carcinoma of the bladder between 2002 and 2019 were examined. Inclusion criteria were(a) clinical stage Ta, Tis, or T1, (b) muscle present and not involved, (c) no prior diagnosis of T2 disease, (d) no prior systemic or radiation therapy, and (e) super-extended lymphadenectomy performed to level of IMA with mapping information available. Logistic regression analysis was used to evaluate for predictors of node metastasis.

Conclusions: Routine lymph node dissection is necessary in patients undergoing radical cystectomy for cT1 disease due to risk of upstaging and LNM. Presence of LVI in TURBT specimen of cNMIBC is a predictor of nodal metastasis. In patients with nodal disease, metastasis beyond the limits of a standard lymph node template occurred in two-thirds of patients, however a standard pelvic node dissection would have identified all patients with node positive disease. 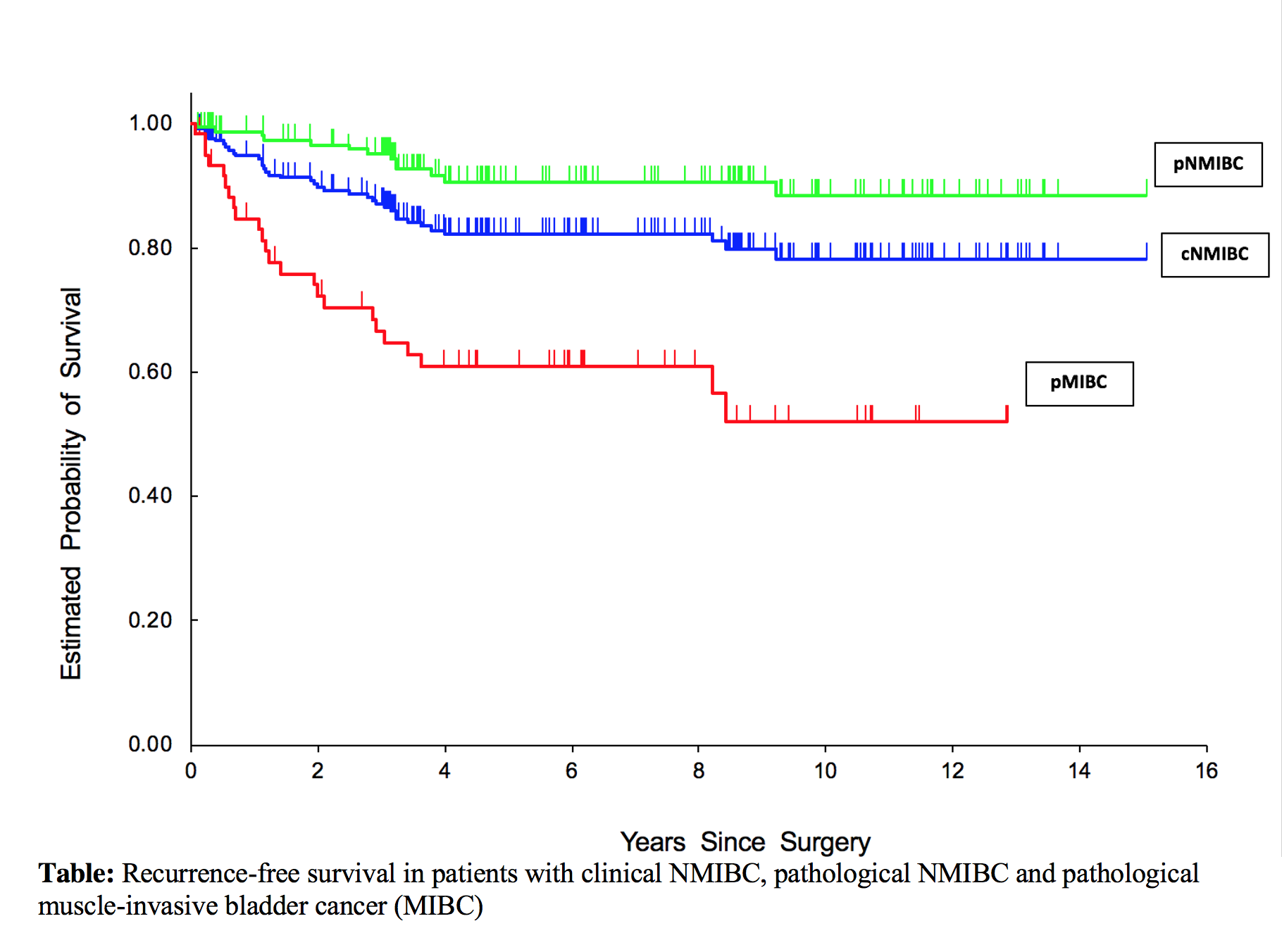