PD02-11: When and how to disclose genital surgery to girls with CAH? Experiences and preferences of women with CAH

Methods: We conducted an anonymous cross-sectional online survey of CAH females (46XX, =16 years [y] old), living in Canada and the United States, who underwent genital surgery before age 4y. Data included experiences and preferences of initial (“first time you were told”) and complete disclosure (“told all details of the surgery”). Non-parametric statistics were used.

Conclusions: Disclosure of childhood genital surgery to women with CAH has increased over time. Although timing of disclosures varied, women preferred disclosure, initiating it before age 14y and complete disclosure before age 18y. Disclosure may benefit relationships with parents and physicians. 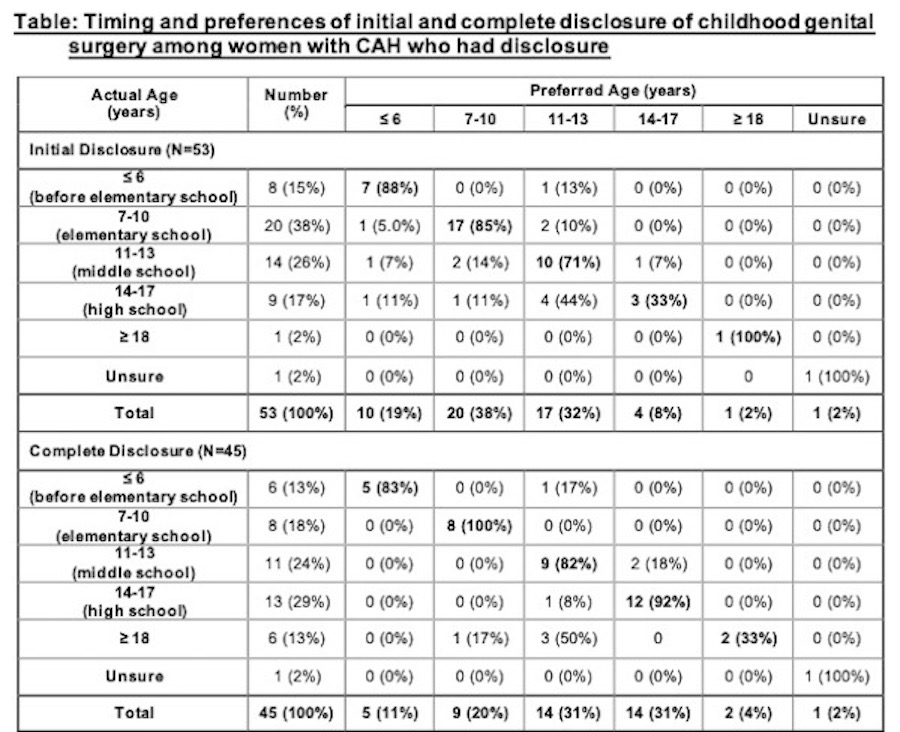