Introduction: There is evidence that 5a-reductase inhibitors (5-ARIs), a standard treatment of benign prostate hyperplasia, decrease the incidence of prostate cancer (PCa). However, studies to date have been conflicting on the effect on prostate cancer mortality (PCM). We aimed to determine the effect of 5-ARIs on PCM in men without a prior diagnosis of PCa.

Methods: This is a population-based prospective cohort study conducted between January 1, 2007 and December 31, 2018 in Stockholm, Sweden. Men with a PSA test within the study period were identified (N = 429 977). Study entry was set to one year after the first PSA test. The final cohort included 349 152 men. After their initial PSA test, men with = 2 new dispensed prescriptions of 5-ARI (Finasteride or Dutasteride) were considered 5-ARI users (N = 26 190). The primary outcome was PCM. Cox proportional hazards regression models were used to calculate multivariable-adjusted hazard ratios (HRs) and 95% CIs for all-cause mortality (ACM) and PCM. 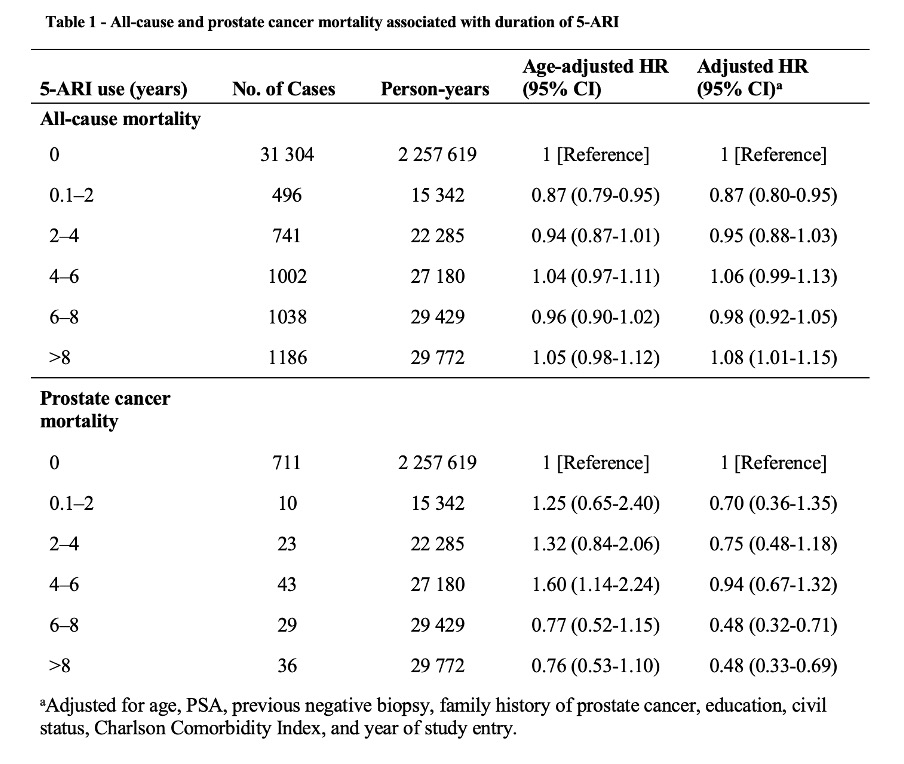