Introduction: Though controversial, alpha blockers continue to be used widely for ureteral stone passage. However, its effects on the patient reported Quality of life (QOL), either positive, negative or no impact, is unknown. We compared the QoL of patients on alpha-blocker medical expulsive therapy (MET) to patients not on MET (noMET) utilizing a validated Wisconsin Stone Quality of Life (WISQOL).

Methods: After IRB approval, we performed a prospective study including patients on either MET or no MET after presenting to a tertiary-care ED with symptomatic, obstructing ureteral stones. Medical treatment type was decided at the point of care by the initial treating physician including medications for analgesia and nausea. Additionally, tamsulosin (0.4mg orally, daily) was prescribed for the MET group. The WISQOL survey was administered at baseline, 7-, 14-, 21- and 28-days following discharge from the ED or until stone expulsion.

Conclusions: Use of alpha-blocker MET was associated with improved QOL on all WISQOL metrics compared to no MET patients. Larger, randomized controlled trial studies may validate these findings. Alpha-blocker treatment may be an indication to improve stone QOL in patients with ureteral stone colic. 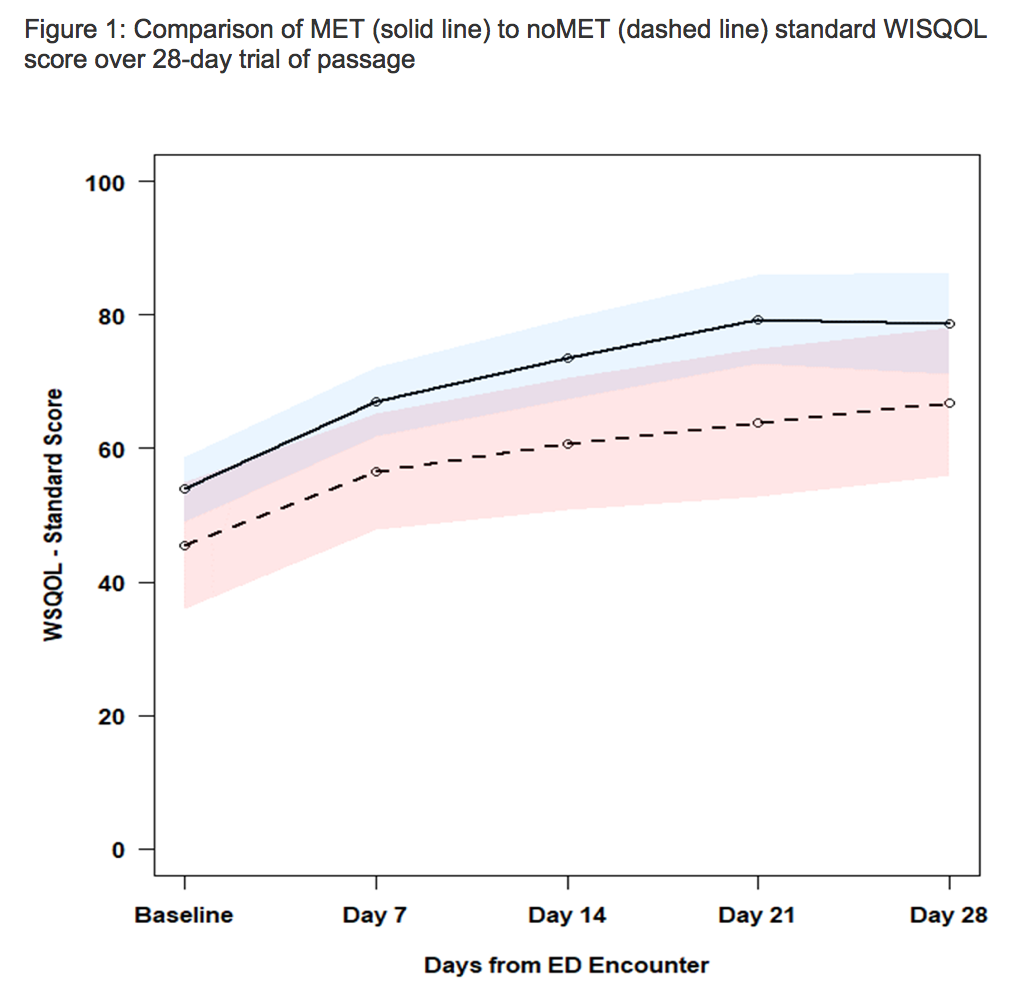 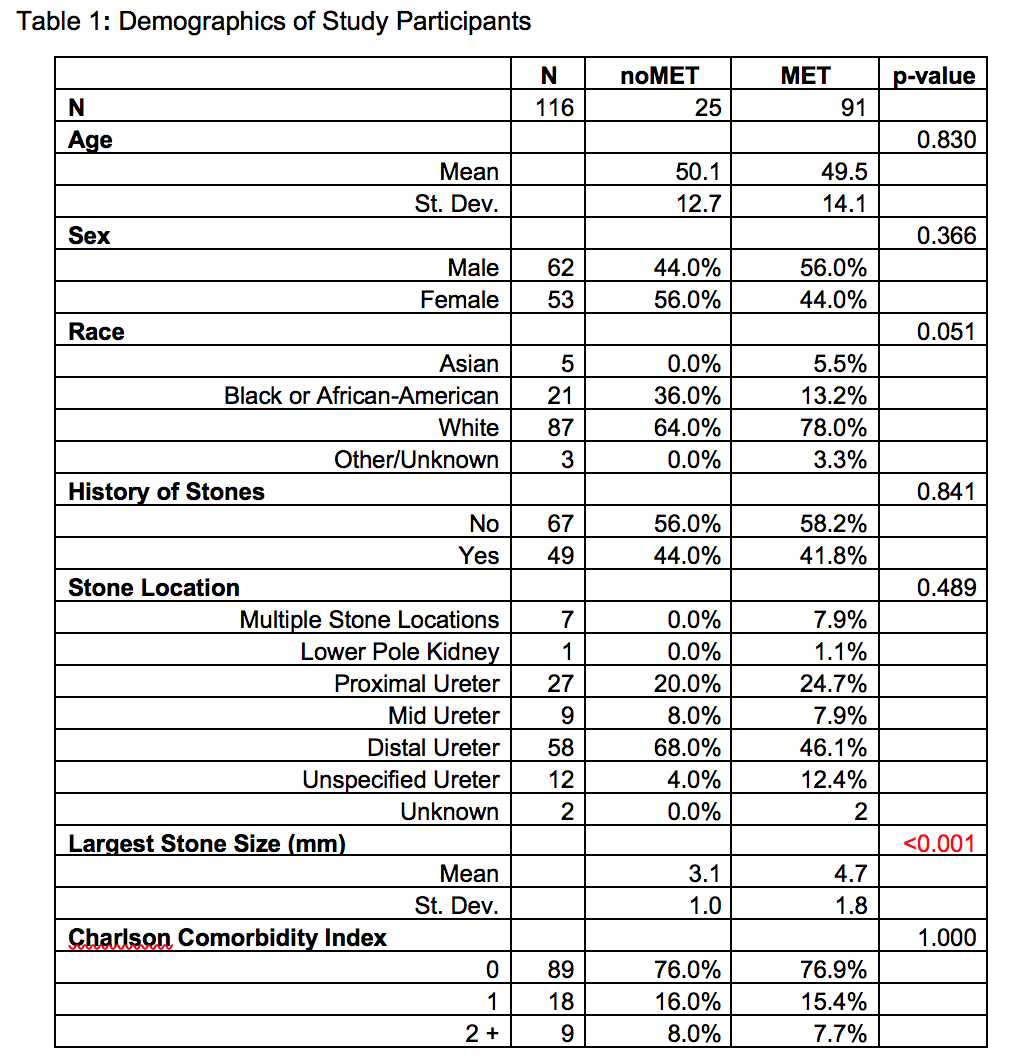