Conclusions: Previous studies have shown that as many as 20-30% of excised renal masses are benign, calling attention to the need for improved diagnostic techniques. While the overall accuracy of sestamibi scans was moderate, positive predictive value was the highest at 77.3%. This study demonstrates that sestamibi scans can be a useful noninvasive adjunct to differentiate between benign and malignant renal masses. 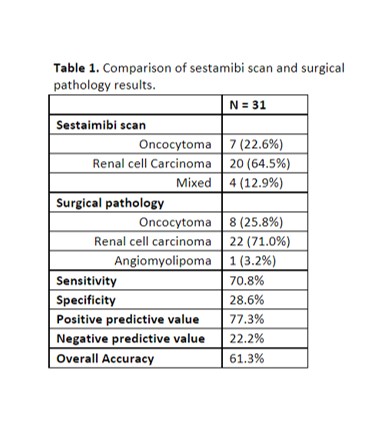