Introduction: The 2021 EAU guidelines on renal cell carcinoma (RCC) have been implemented to provide separate recommendations on oncologic surveillance for low- intermediate- and high risk RCC and by classifying those risks differently in case of clear cell (CC) vs. non-CC. In this study we aimed to evaluate whether the surveillance scheme is accurate for patients with non-CC RCC.

Methods: We identified 461 patients with non-CC RCC from a single-institutional database. Patients were followed up in compliance with the EAU guidelines. The crude risk of recurrence was evaluated against time from surgery, as either partial or radical nephrectomy, with the Locally Weighted Scatterplot Smoothing. The risk of recurrence at the time points when imaging should be de-intensified according to the EAU guidelines was estimated. 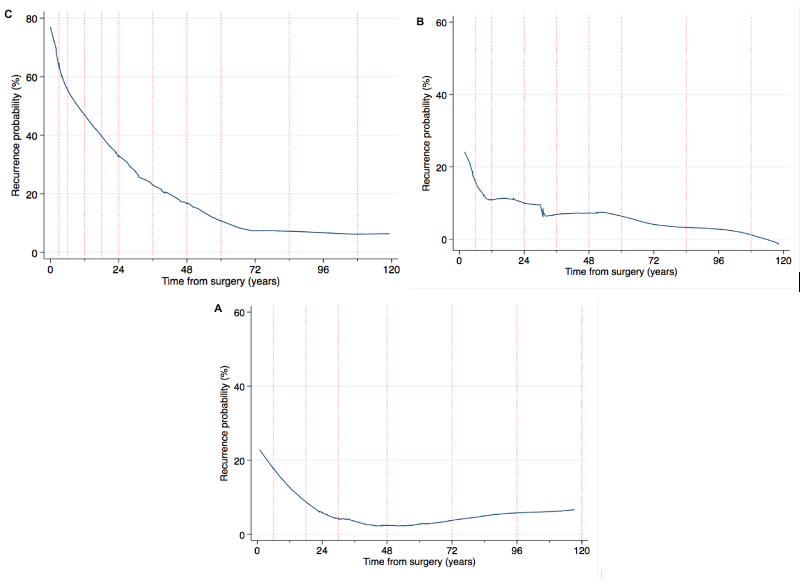