Introduction: Although there has been increasing evidence that indicates positive relationship between metabolic syndrome and emergence in benign prostatic hyperplasia (BPH), the detailed pathophysiological mechanism is still unknown. Estrogen, which is increased in obese patients, is considered to be one of the key factors in development of BPH and G protein-coupled estrogen receptor (GPER) has been reported to be implicated in symptomatic BPH. To elucidate a role of GPER signaling in development of BPH, we evaluated changes in prostatic weight and inflammatory profiles in the prostate by GPER inhibition using high fat diet induced obesity rat model.

Conclusions: We demonstrated improvement of prostatic enlargement and inflammation by GPER inhibition, which suggest GPER signaling has an important role in development of BPH in obese patients. Therefore, GPER inhibition could be an therapeutic target of BPH with metabolic syndrome. 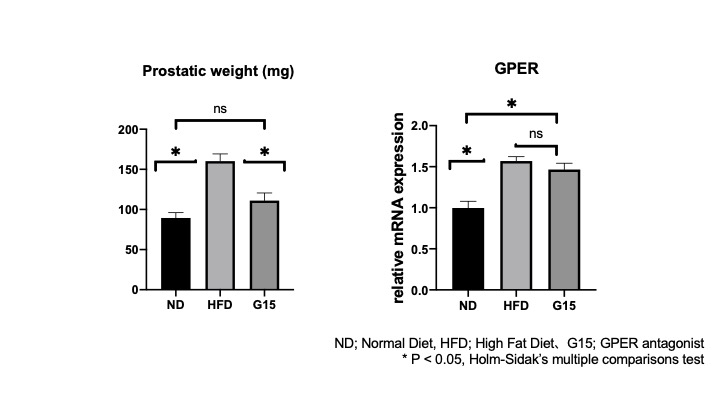