Introduction: Von Hippel-Lindau (VHL) disease is an autosomal dominant genetic tumor syndrome with poor prognosis. The clinical manifestation was found to be more serious in affected offspring of VHL patients, but the risk factors and survival for them has never been reported before. We aimed to explore how these patients were influenced by genetic and clinical factors.

Results: The estimated median life expectancy and median onset age for affected offspring of VHL patients was 66 years and 28 years respectively. The later generation and patients with mutations in exon 3 had an earlier onset age. The first presenting symptom was the only independent risk factor influencing overall survival and CHB-specific survival. Patients that the first presenting symptom is CNS significantly had a lower life expectancy both in overall survival and CHB-specific survival analysis.

Conclusions: This study indicated that affected offspring of VHL patients with CNS as the first presenting symptom was an independent risk factor for overall survival and CHB-specific survival, which is helpful to clinical decision-making and generate a more precise surveillance protocol.

Source of Funding: This study was granted by the ethical committee of Peking University First Hospital (2021KY336, Beijing, China). Each participant provided signed informed consent before participate in the present study and all patients understood the process and possible consequences. 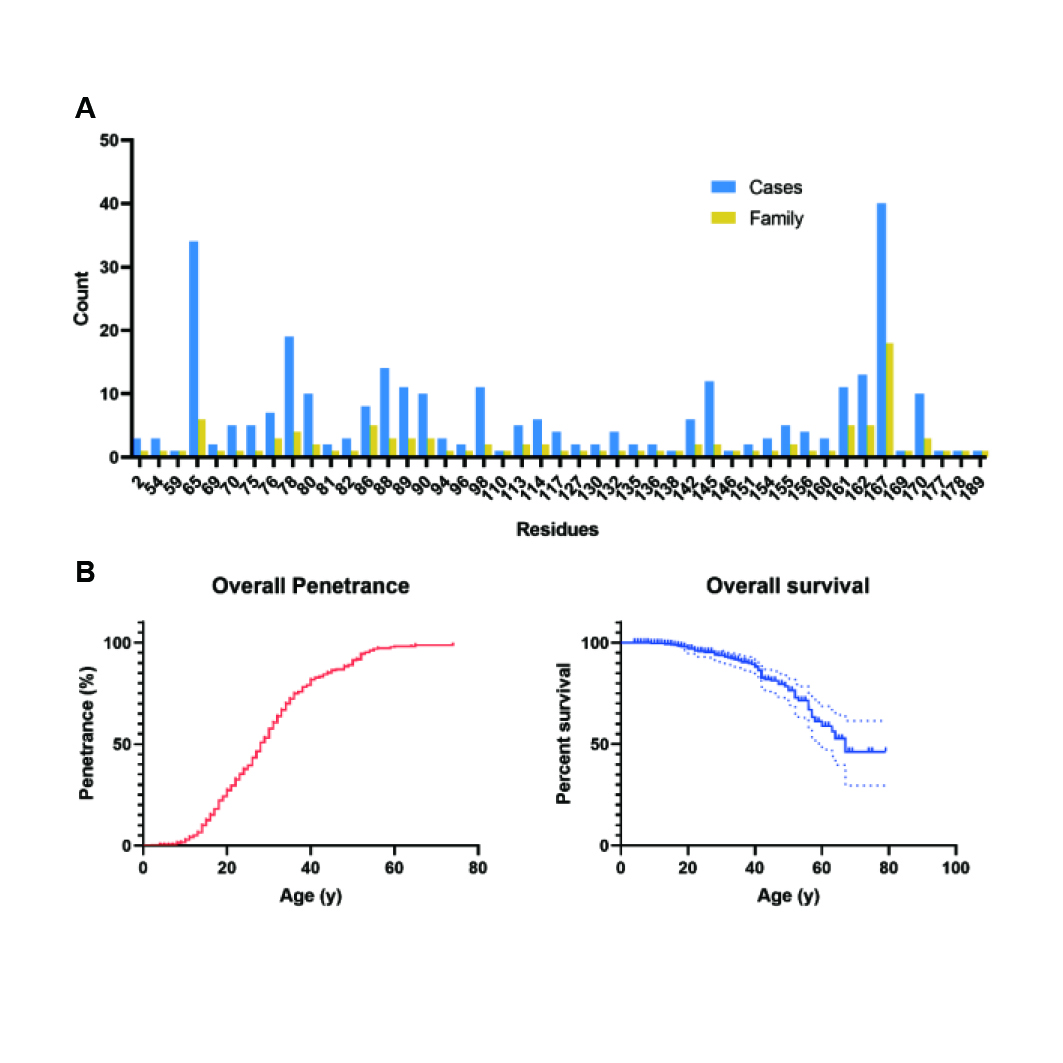