Introduction: Neutrophil-to-lymphocyte ratio (NLR) and platelet-to-lymphocyte ratio (PLR) are known prognostic factors for RCC. The associations of NLR and PLR have not been investigated for patients post-cryoablation. Interestingly, only NLR has been investigated for patients undergoing RFA. This will be the first study investigating the relationship between NLR or PLR and outcomes of cryoablation or RFA using 10-year outcomes.

Methods: This is a retrospective analysis of a prospectively maintained database at a specialised centre for renal cancer. All patients undergoing cryoablation or RFA for small RCCs ( <7cm) from 2003-2016 were included. Optimal cut-offs for NLR/PLR were determined using the ROC curve and AUC using the Youden method. Outcomes were compared using Cox or logistic regression.

Results: 203 patients were included in total. 103 and 100 underwent CRYO or RFA, respectively. Median follow-up was 75 months and 98 months, respectively. With the Youden method, high post-operative NLR (>5.38) was found to be associated with worsened LRFS and worsened OS in all patients (when CRYO and RFA are analysed as one group [n=203]). High post-operative PLR was also associated with worsened OS in all patients (n=203) and RFA patients alone (n=100).

Conclusions: Higher post-operative NLR or PLR and peri-operative change of NLR or PLR are valuable prognostic factors for this group of patients and should be used to guide subsequent follow-up and monitoring of recurrence. 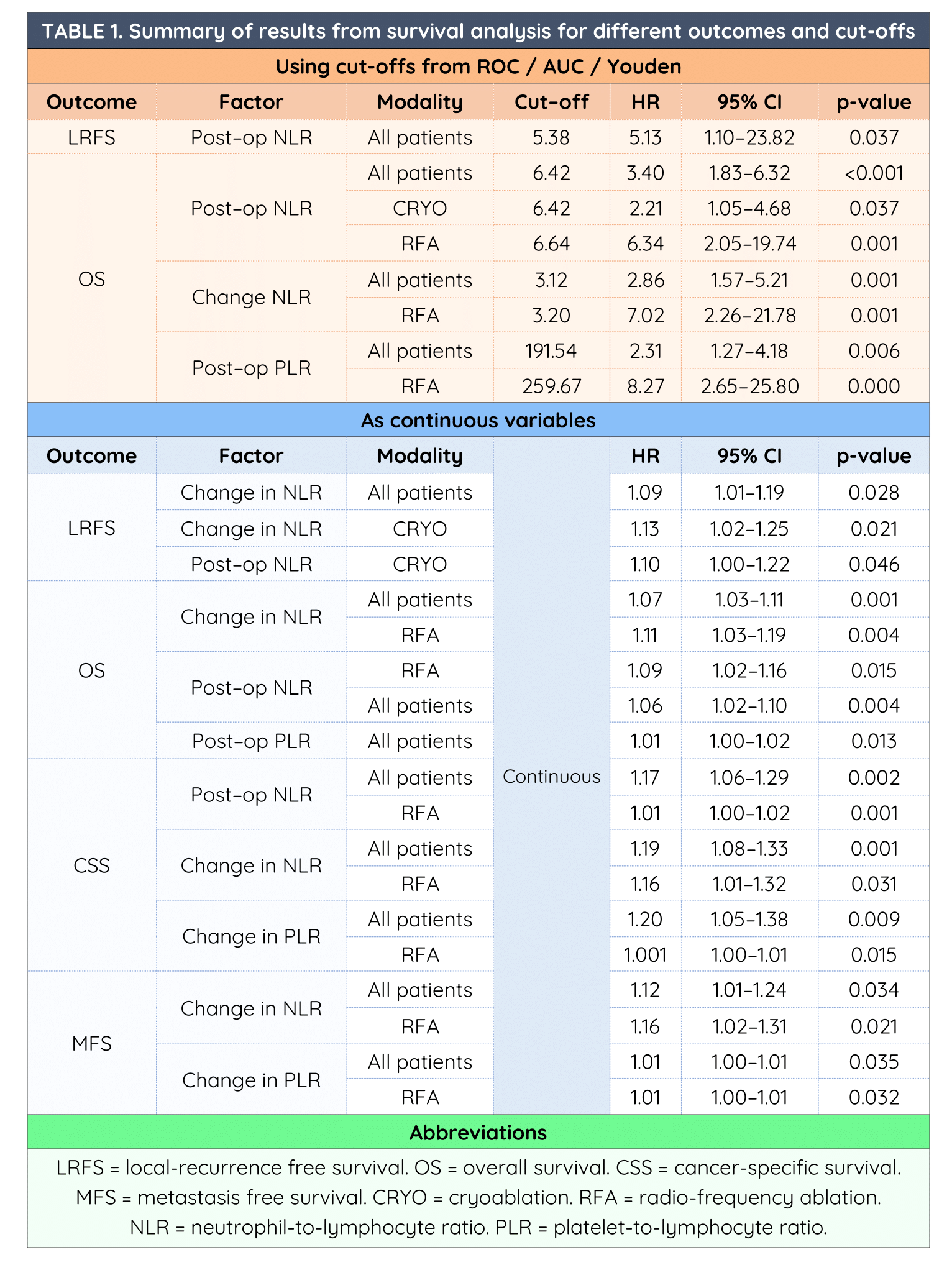