Introduction: A previous nationwide study (2006-2011) showed increasing utilization of emergency department (ED) by neurogenic bladder (NB) patients. The purpose of our current study was to provide a contemporary update for NB patients presenting to the ED, specifically focusing on the charges associated with these ED visits and utilization of imaging modalities.

Conclusions: In this contemporary update of ED utilization by NB patients, both median and total ED charges continue to rise significantly each year (~8-9%), with the latter totaling an exorbitant USD 524 million in 2017. In conjunction, utilization of abdomino-pelvic CT scans doubled over the study period (from 7% in 2012 to 15% in 2017), compared to ~4% in NEDS 2011. Our results highlight the continued rise in health care costs and utilization of ED services by NB patients, and need for future studies to identify gaps in healthcare delivery. 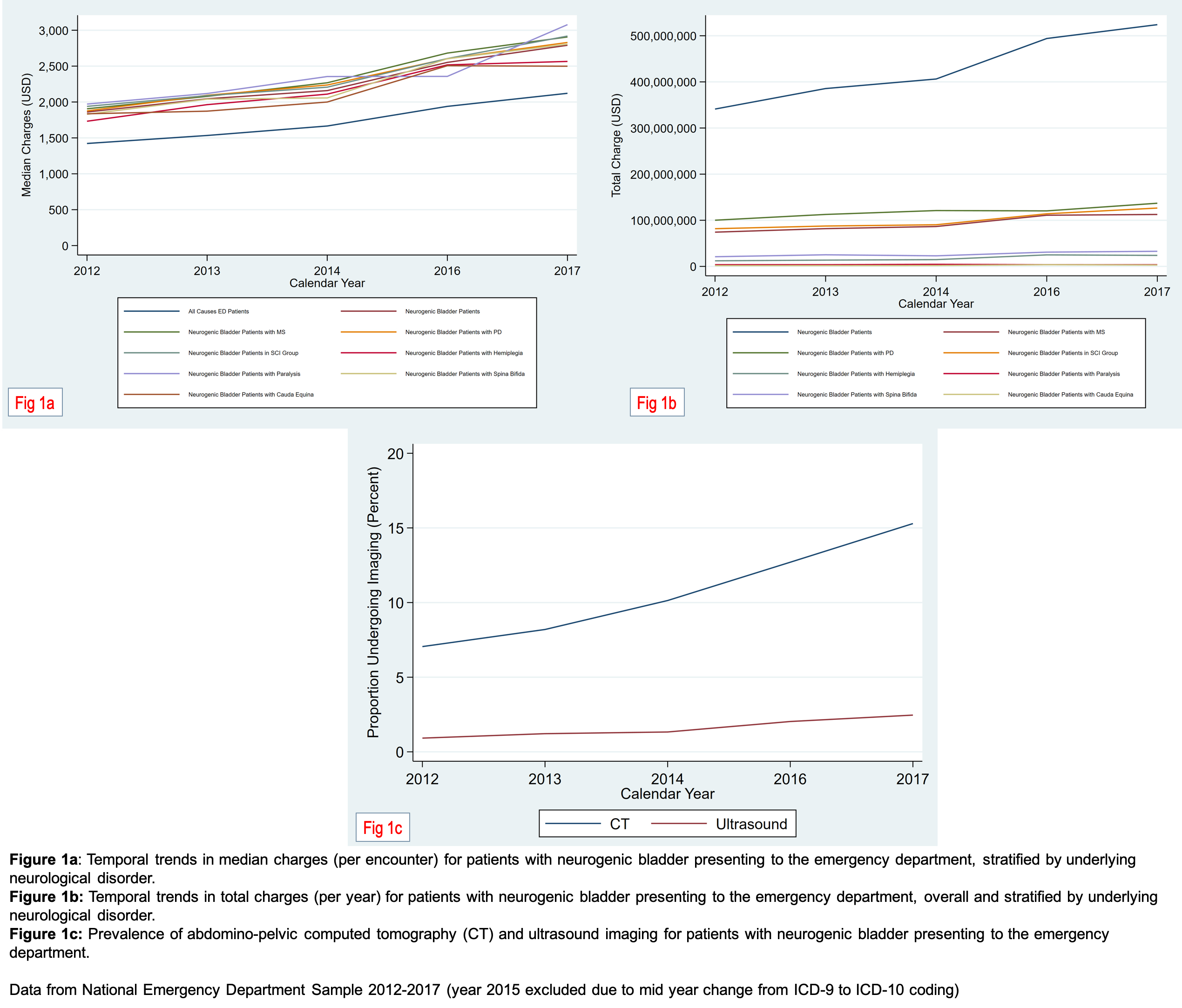