Introduction: Models have projected worsening urologist shortage in the coming decades, however, no studies have accounted for population migration or disparities between the males and females. We evaluated urologist availability by U.S. county since 2000 relative to regional shifts in the population to identify factors associated with access to care.

Methods: County data from 2000, 2010, and 2018 from the Dept. of Health and Human Services (AHRF), U.S. Census, and American Community Survey were analyzed. 2018 was the most recent AHRF data available. Availability of urologists was defined as urologists per 10,000 males and females aged 20-79. Multiple logistic and geographically-weighted regression were performed. A predictive model was formulated and a 10-fold cross validation was performed (AUC=0.77).

Conclusions: Urologist, male, and female populations increased in metropolitan areas, however availability of urologists worsened for both genders overall. Metropolitan women experienced a marginal increase in access to care over 18 years, while rural males experienced the worst decrease among all groups. Factors influencing population shifts and their regional drivers need to be investigated to prevent worsening disparities in care, particularly for rural males. 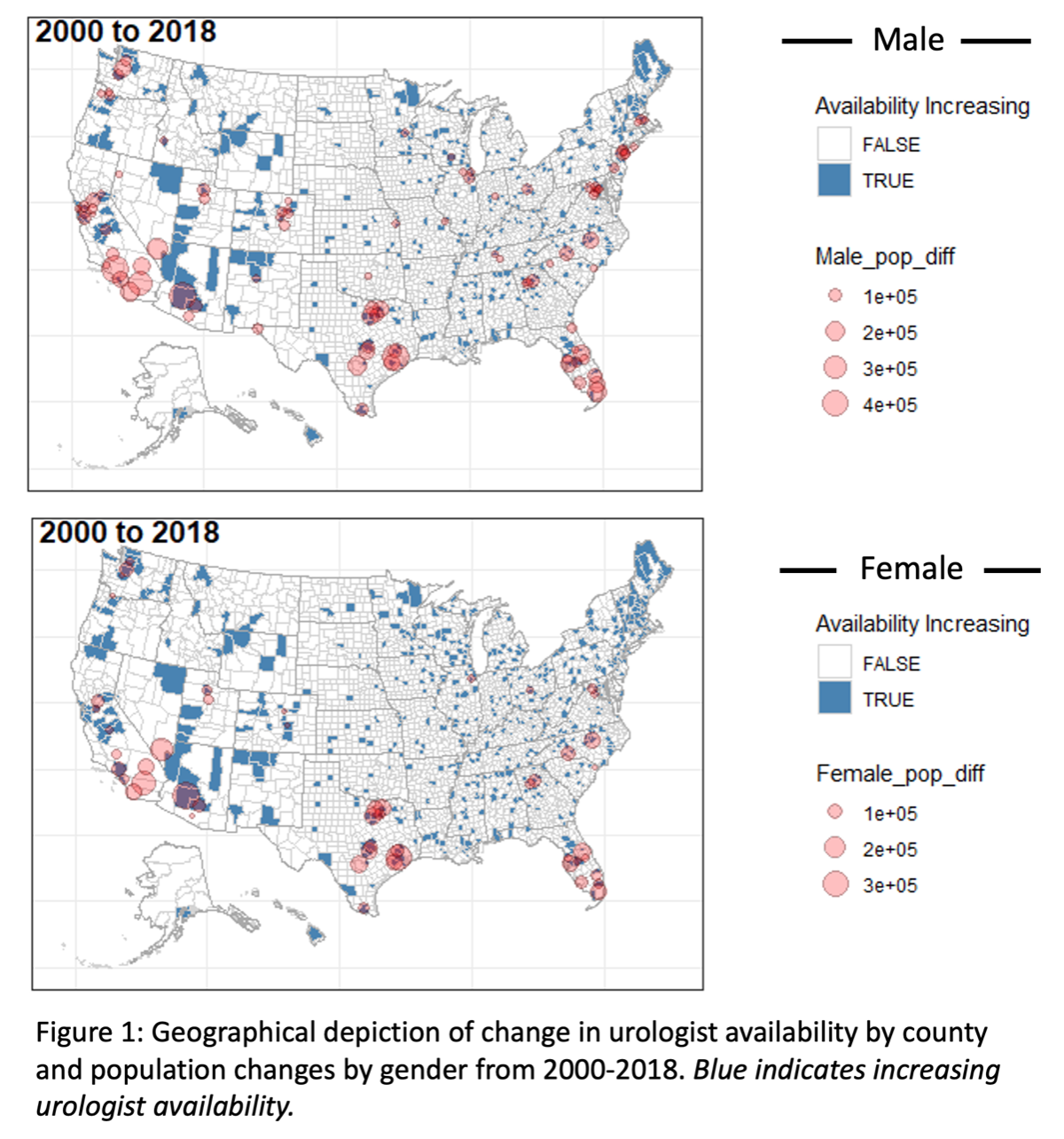