PD27-08: Predictors and trends of opioid-sparing radical prostatectomy from a large national cohort

Introduction: Amidst a nationwide opioid epidemic, multiple urologic societies have published guidelines to encourage judicious use of opioids after urologic surgery. We used a large national database to examine trends in use of opioid and non-opioid pain medications after radical prostatectomy.

Methods: The Premier Hospital Database was queried to identify all robotic and/or laparoscopic radical prostatectomies (RALP) from 2015 –  2020 with length of stay =1 day. “Opioid-sparing” was defined as absence of intravenous opioid use after post-operative day 0 and absence of oral opioid use throughout admission. Comparisons were made between opioid-sparing and non-opioid-sparing RALPs. Logistic multivariable regression was used to identify predictors of opioid-sparing RALP. Trends of opioid prescribing patterns over time were plotted, as were density plots of surgeon prescribing behavior. 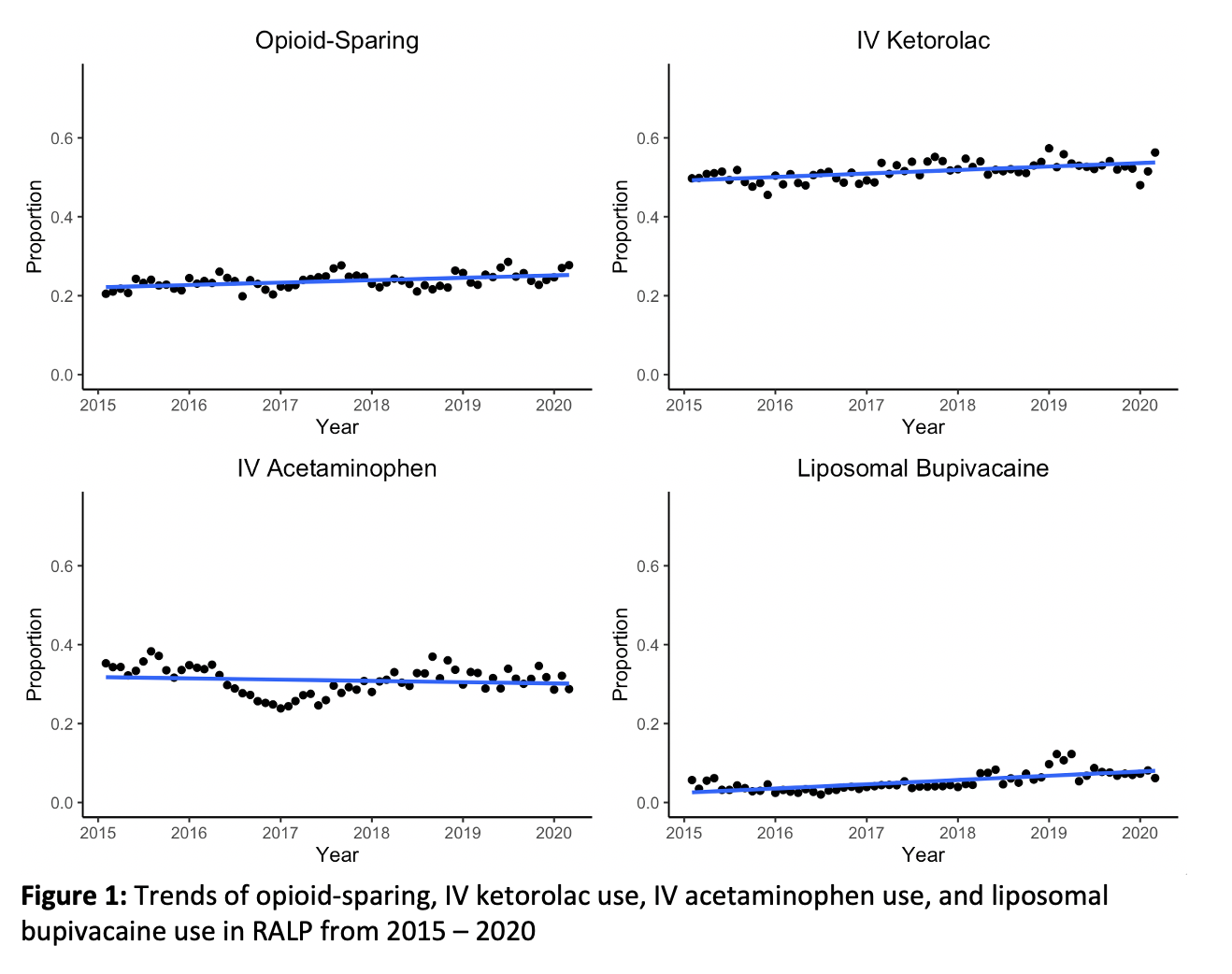