Introduction: Adipose-derived mesenchymal stem cells (A-MSCs) are known to be a preeminent contributor to tumor microenvironments. Their role in renal cell carcinoma (RCC) has not been entirely investigated. This study aimed to clarify the significance of A-MSCs in RCC.

Methods: Human A-MSCs were isolated from the perirenal fat in RCC patients (RCC-MSC) and kidney transplantation donors (Donor-MSC) for use as controls. Several RCC cell lines were co-cultured with the A-MSCs, then analyzed for their migration and invasive ability. Molecular pathways activated in the RCC-MSCs and isolated RCC cultures were assessed. Beta-catenin in perirenal fat from surgical specimens from RCC patients was stained by immunohistochemistry (IHC). 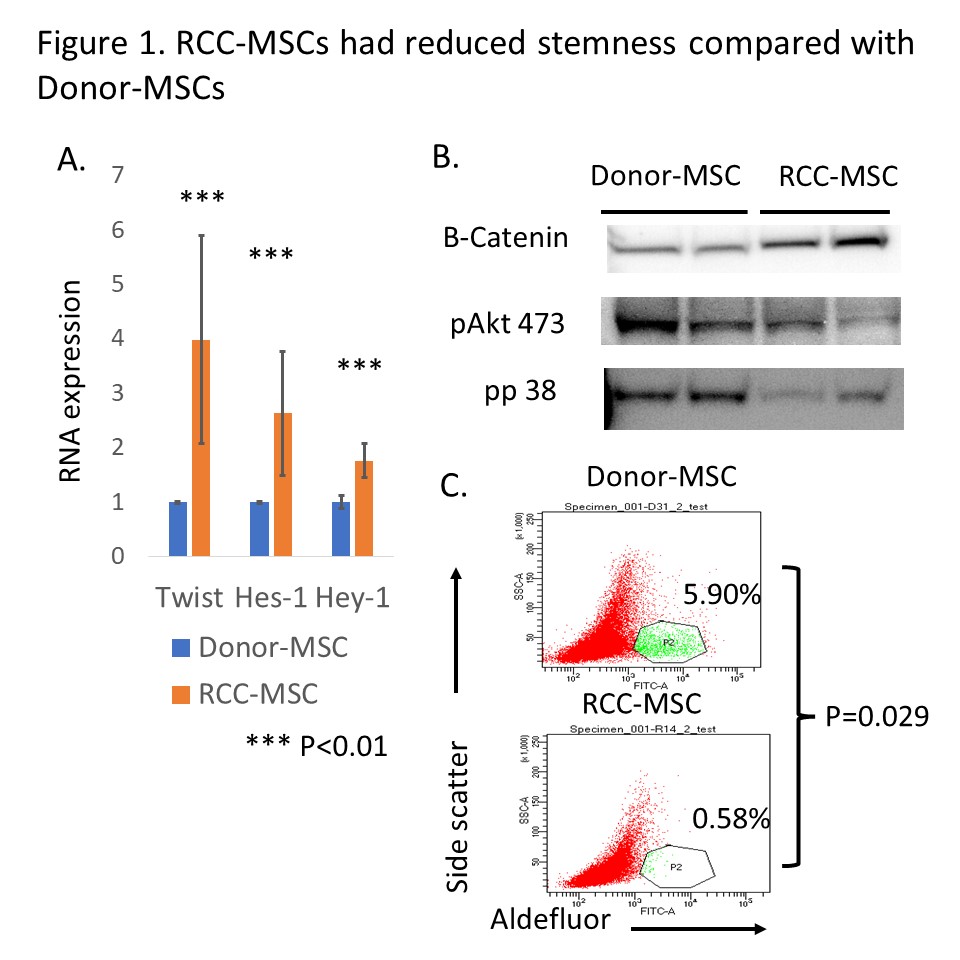 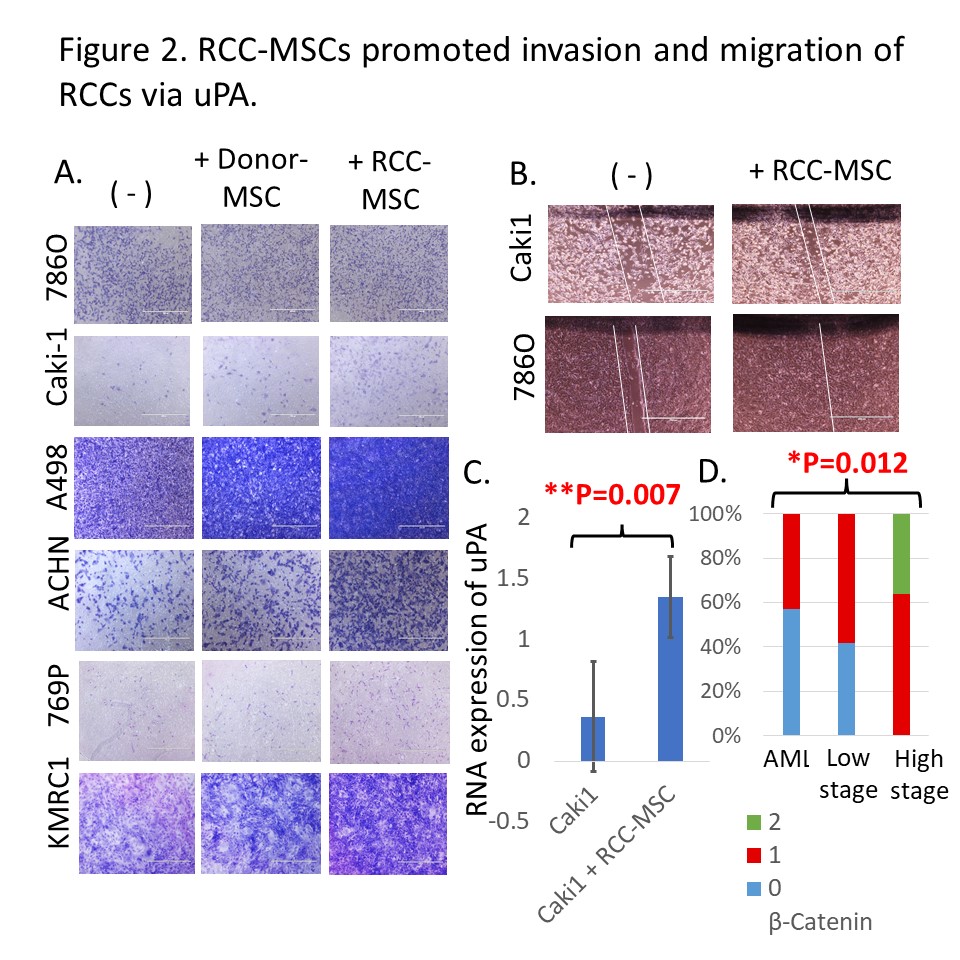