Introduction: High-fat diet (HFD) induce prostate inflammation and promote cancer growth. But the mechanism has not been entirely clear. We have reported that diet-influenced gut microbiota regulates prostate cancer (PCa) growth via IGF-1 signaling. In this study, we investigated the cause of HFD-induced inflammatory PCa growth and the role of gut microbiota in this process.

Conclusions: We found that HFD caused gut microbiota dysbiosis and elevated systemic LPS level, which could promote inflammatory PCa progression through histamine H1 receptor signaling. These results suggest the existence of a new LPS and histamine-mediated “gut-prostate axis” in addition to the IGF-1-mediated axis.

Source of Funding: This work was supported by research grants of The Japanese Urological Association. 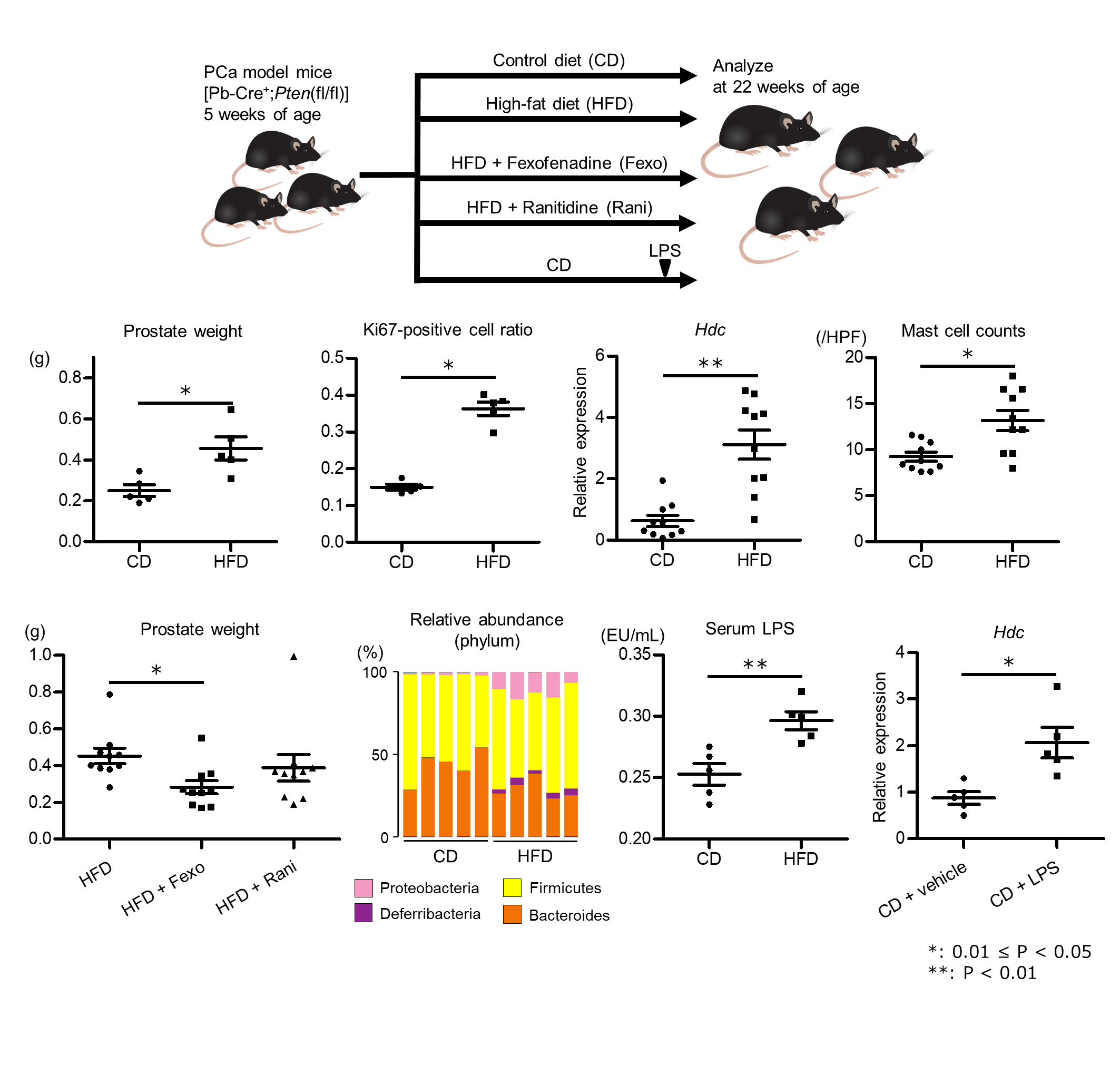