Methods: A retrospective review of a 24-hour urinalysis database, including 1832 tests from 688 patients collected between January 2008 and June 2017 was conducted. Patients included in the analysis had a minimum 2-year follow-up and at least three 24-hour urine collections (LithoLink™) from distinct time periods. Changes in risk parameters were evaluated over time with each patient acting as their own control. Statistical analysis was performed using repeated measures ANOVA with a Greenhouse-Geisser correction and post-hoc analysis with Bonferroni correction, with p<0.05 set as significant.

Results: The mean age of the 225 patients with complete data sets was 56.6 years and mean BMI was 28.5. 117 patients (52%) were male. From the first to the second urinalysis, there were significant improvements in volume, supersaturation (SS) of CaOx, SS CaP, and SS UA (p < 0.05, Table 1). From the second to the third urine collection, the only parameter which significantly improved was SSCaP. Approximately half of patients continued to see improvement in stone risk parameters between the second and third urine collection.

Conclusions: Risk factors for stone formation such as low urine volume, SS CaOx, SS CaP, and SS UA were shown to improve between the first and second 24-hour urine tests, while only SS CaP showed significant improvement on the third collection. Although it did not reach statistical significance in the overall group, approximately half of patients did continue to see improvement in the majority of stone risk parameters on the third 24hr urine collection. Future studies should be designed to help determine which patients benefit most from repeated 24hr urine collections. 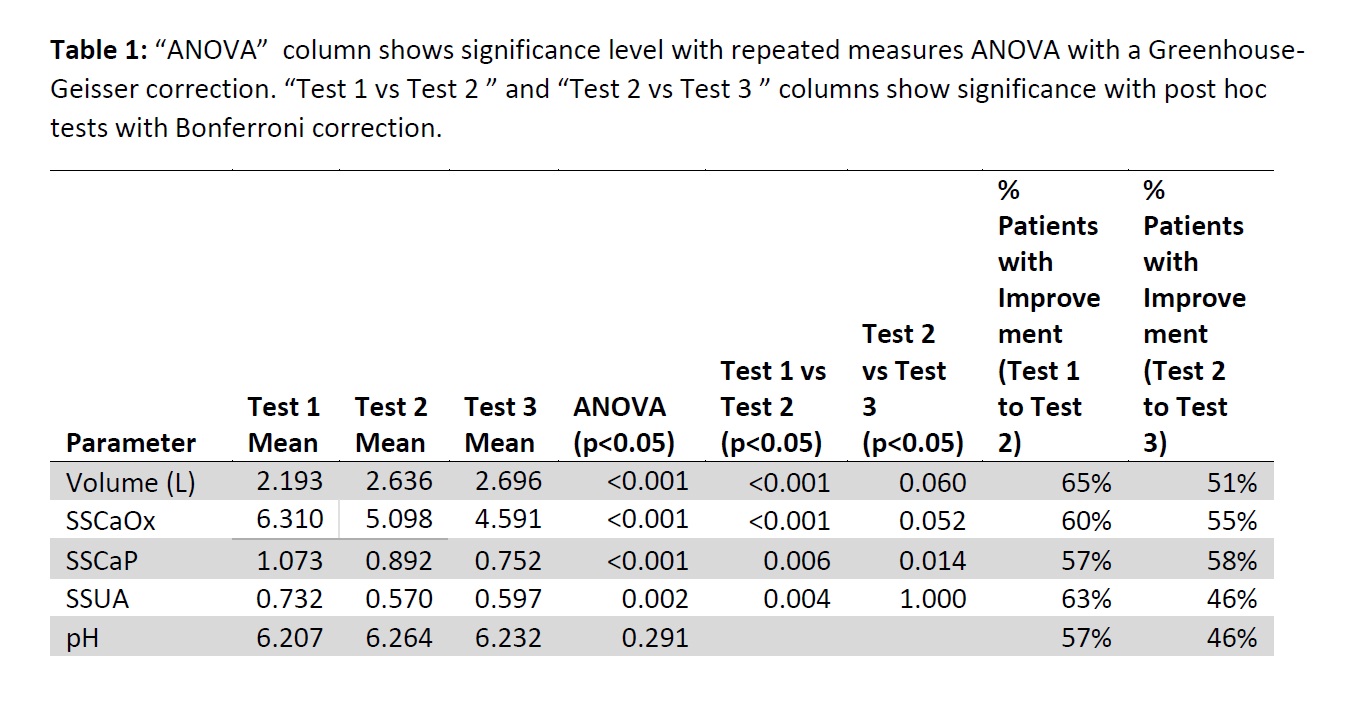