Introduction: Surveillance for stage I GCTs typically includes periodic imaging of chest, abdomen and pelvis. Every effort should be made to minimize radiation exposure in this young patient population. We report the results of our multi-institutional study assessing the effect of omitting CT pelvis on detection of recurrent disease.

Methods: Using data from three major referral centers for GCT (University of Southern California, University of Toronto, and University of Chicago), all patients with stage I GCT who experienced recurrence on active surveillance were selected. Clinicodemographic information including recurrence pattern (tumor marker (TM), imaging, physical exam (PE), or a combination of these) were collected. Bifurcation of the common iliac arteries was defined as the anatomic landmark between CT abdomen and CT pelvis. The location of recurrent nodal disease was determined accordingly.

Conclusions: CT scan of the abdomen only in combination with chest imaging, TMS and PE detect vast majority of recurrences in this multi-institutional series. CT pelvis can be safely omitted during AS of stage I GCT. Future modification in guidelines for AS protocols of stage I GCT may be warranted with further mounting evidence. 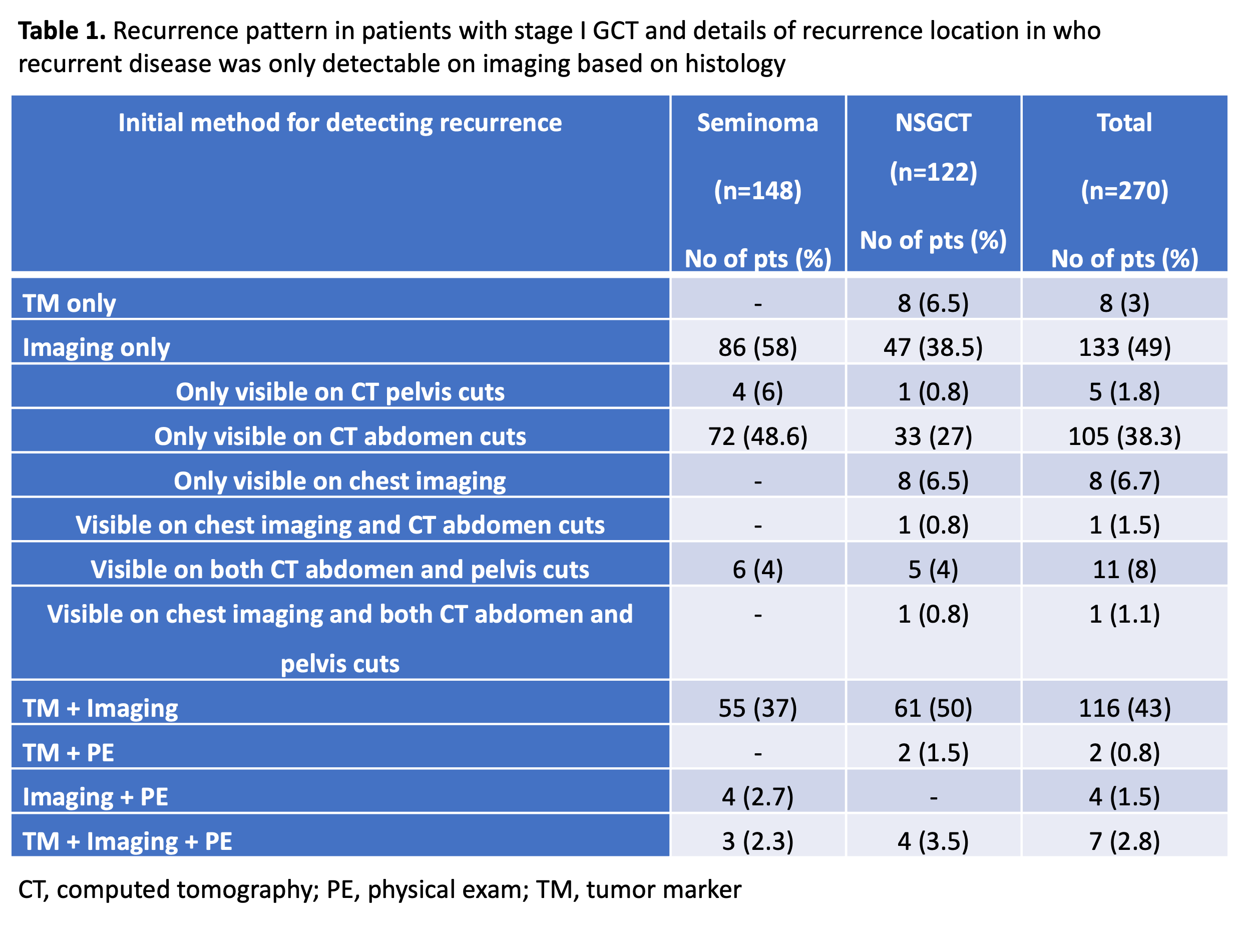