Introduction: Segmental ureterectomy (SU) is a less intensive alternative to radical nephroureterectomy (RNU) in treatment of upper tract urothelial carcinoma (UTUC) of the ureter. SU generally preserves renal function, at the expense of less intensive cancer control. Our objective is to assess whether SU is associated with inferior survival compared to RNU.

Methods: Using the National Cancer Database (NCDB), we identified patients diagnosed with localized UTUC of the ureter between 2004-2015. We used a propensity-score-overlap-weighted (PSOW) multivariable survival model to compare survival following SU vs. RNU. PSOW- adjusted Kaplan-Meier curves were generated and we performed a non-inferiority test of overall survival with an a priori upper-bound for inferiority set at hazard ratio (HR) of 1.1 with a one-sided alpha of 0.05.

Conclusions: In weighted cohorts of individuals with UTUC of the ureter, the use of SU was not associated with inferior survival compared to RNU. Urologists should continue to utilize SU in appropriately selected patients. 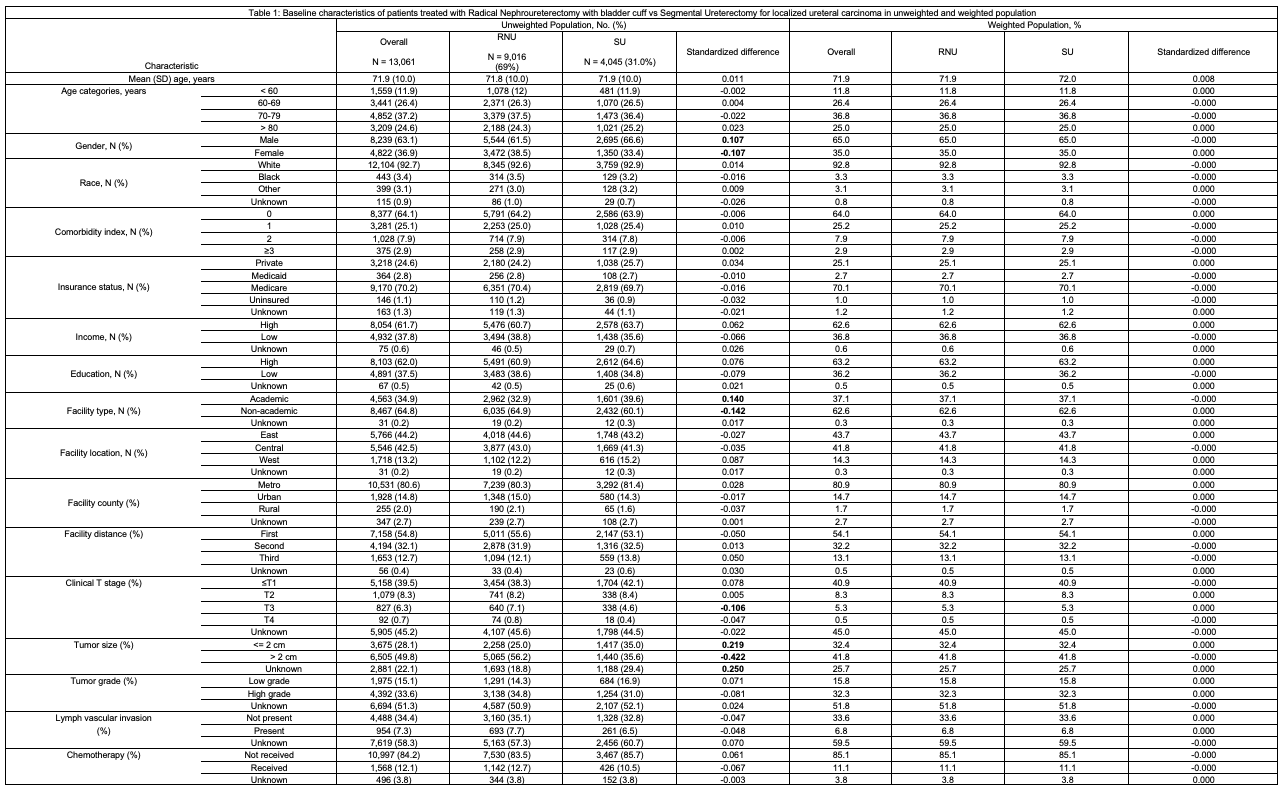 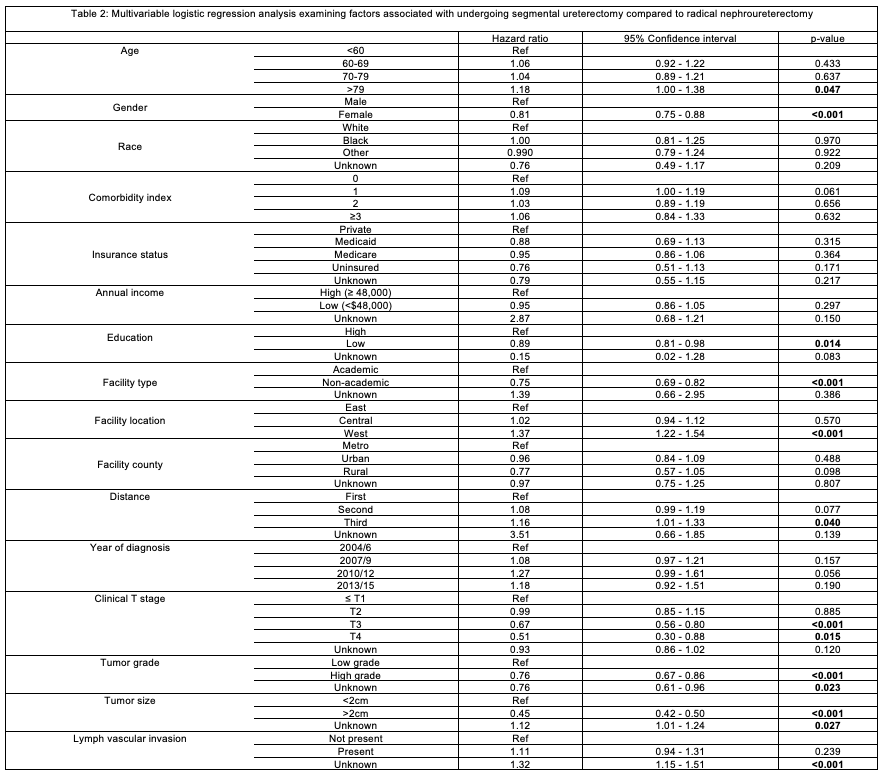