Methods: The Expanded Prostate Cancer Index Composite for Clinical Practice (EPIC-CP) questionnaire was administered to all patients who underwent RP at our institution in 2016-2017. Questionnaires were administered preoperatively and up to 30 months postoperatively. Primary outcomes of interest were postoperative return of urinary and sexual function, respectively defined as either no urinary pads or use of one pad per day without overall urinary bother, and either erections sufficient for intercourse or erections sufficient for masturbation/foreplay without overall sexual bother. We used Kaplan-Meier estimators to evaluate time to return of these outcomes.

Results: Of 634 patients who underwent RP, we included 392 who completed =1 questionnaire; 184/392 (47%) had preoperative and postoperative responses. The mean age was 62.4 years (SD 6.5), with 93% of patients having a nerve-sparing surgery and 38% having pathologic extracapsular (=T3a) disease (Table 1). At 12 months, unadjusted Kaplan-Meier estimates for cumulative likelihood of return of urinary function was 55%, improving to 98% by 30 months (Fig. 1A).  For patients with good baseline sexual function who underwent nerve-sparing surgery, 24% reported return of sexual function by 12 months, improving to 71% at 30 months (Fig. 1B).

Conclusions: Routine electronic solicitation of PROMs in our practice showed continued improvements in continence and sexual function up to 30 months postoperatively. These findings may help inform patients regarding typical functional recovery trajectories after RP. 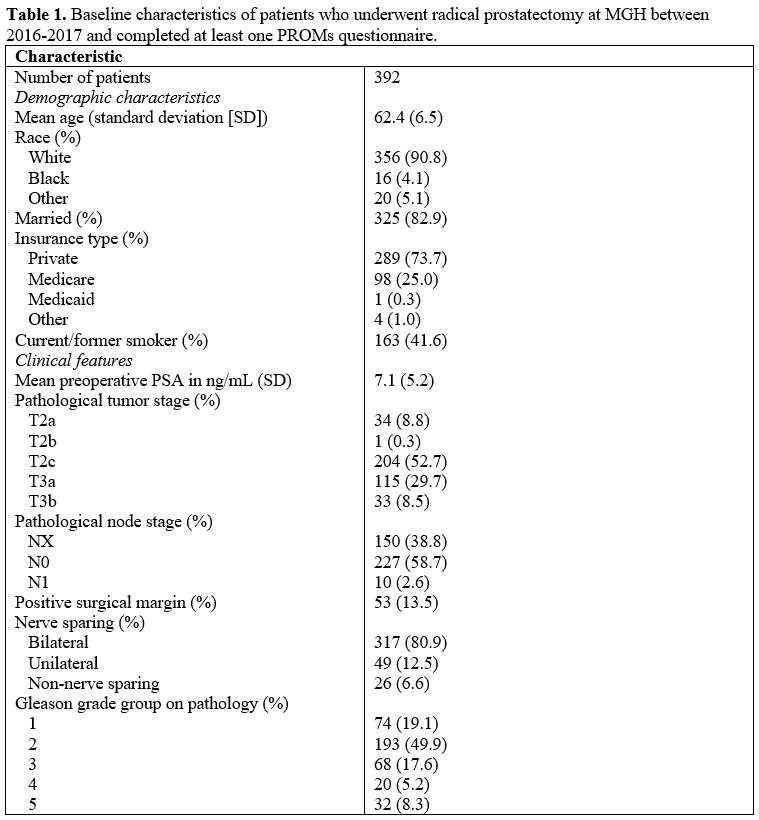 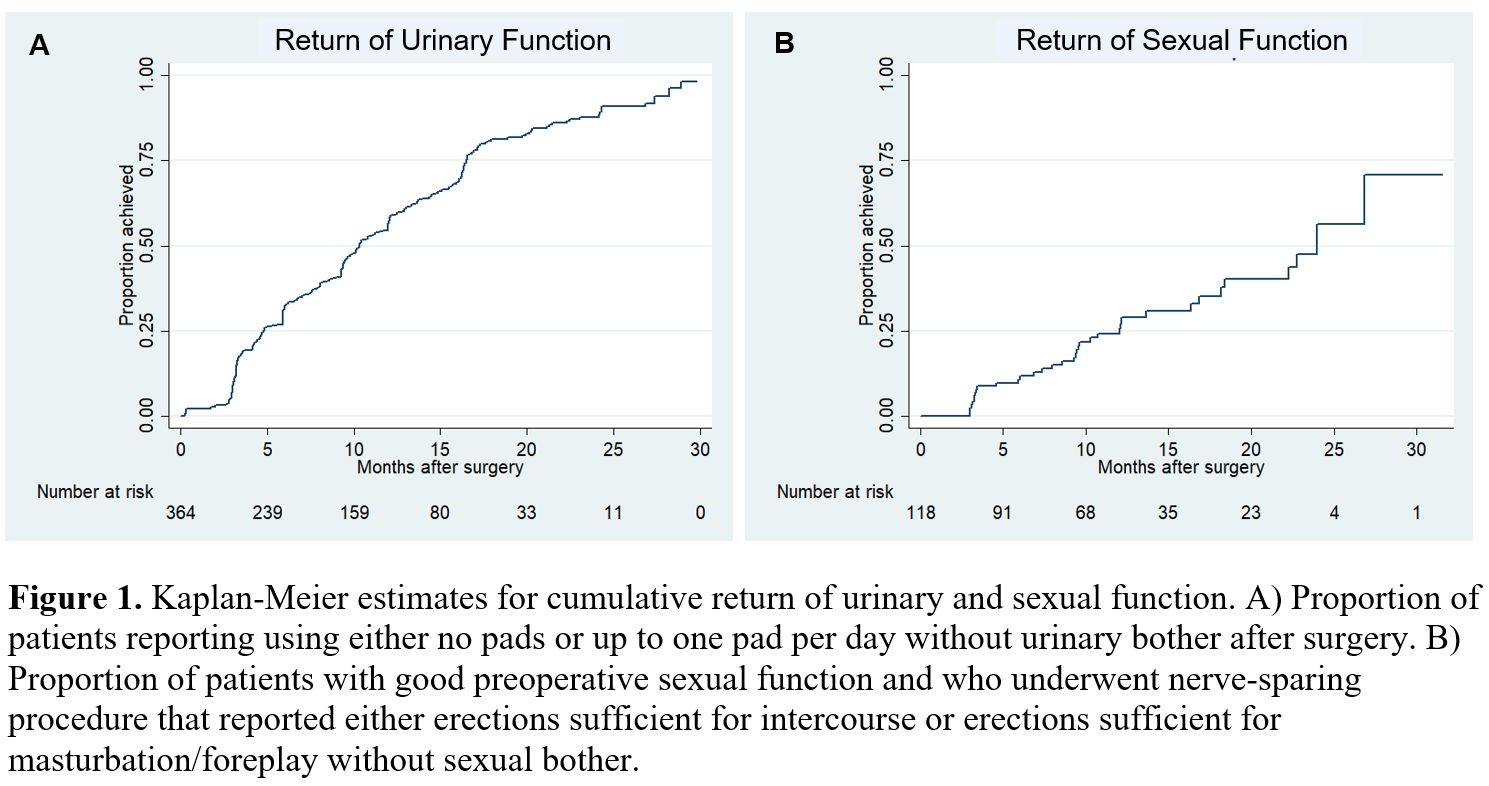