Introduction: It is estimated that 20-50% of patients treated with radiation therapy for localized prostate cancer (PCa) will eventually develop recurrence. Radical prostatectomy(RP) is considered a salvage therapeutic option for these patients with potential cure. However, large portion of patients continue to develop recurrence despite this approach.

Lymphovascular invasion (LVI) have been shown to be associated with adverse outcomes after primary RP. However, its prognostic value has not been evaluated in patients with radiation-recurrent (PCa) undergoing salvage radical prostatectomy (SRP).

Conclusions: LVI might serve as an indicator of adverse pathologic features. However, no direct association was noted on BCR and survival outcomes. Further studies with longer follow-up periods are needed to further evaluate the predictive value of LVI on this group of patients.

Source of Funding: no funding 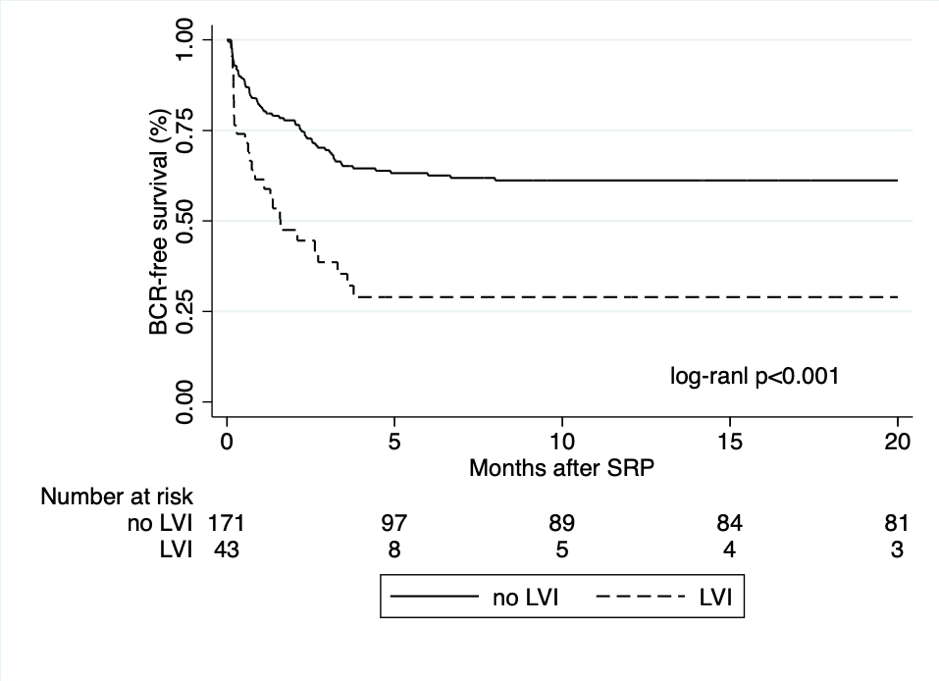