Introduction: Imipramine is a tricyclic antidepressant which has been known to improve stress incontinence after radical prostatectomy (RP) by increasing norepinephrine and serotonin levels while promoting anticholinergic signaling and relaxing muscles of urinary bladder. Although several preclinical data have shown that imipramine could prevent prostate cancer progression by inhibiting migration and invasion, it has not been evaluated on clinical data.

Conclusions: It is not uncertain whether imipramine contributes to recovery of continence after RP. However, imipramine suppresses clinical progression of prostate cancer by delaying local recurrence and distant metastasis after RP in well-matched analysis from prospective cohort dataset.

Source of Funding: This research was supported by a Basic Science Research Program through National Research Foundation of Korea (NRF), funded by the Ministry of Education (NRF-2018R1D1A1B07041191) and by Seoul National University Hospital (0320210060). 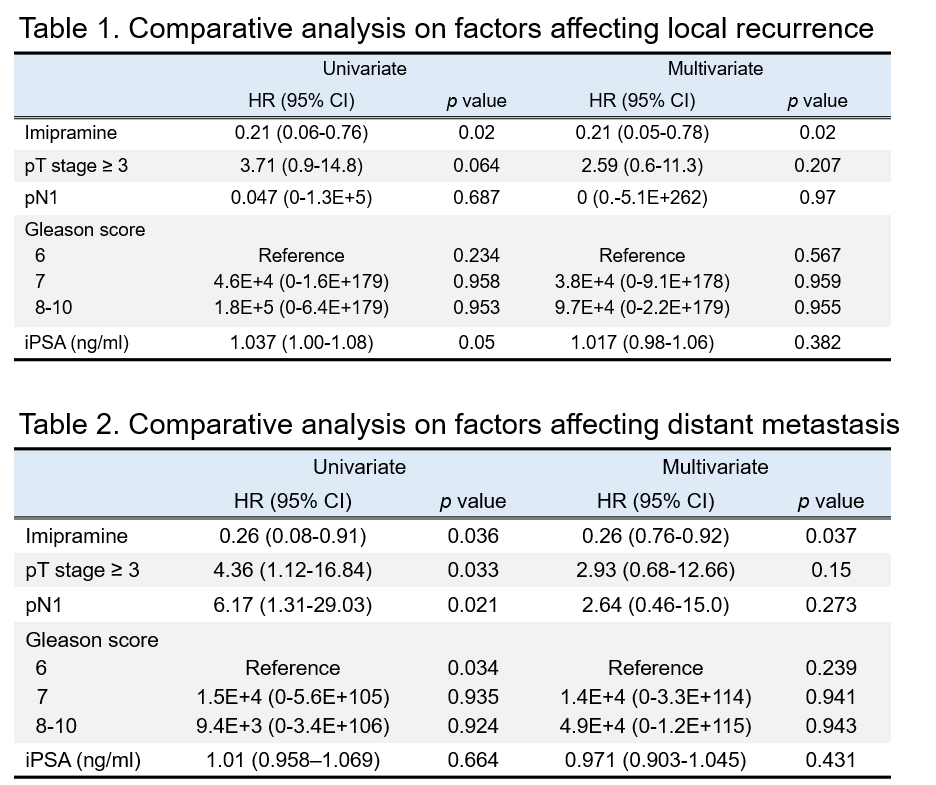